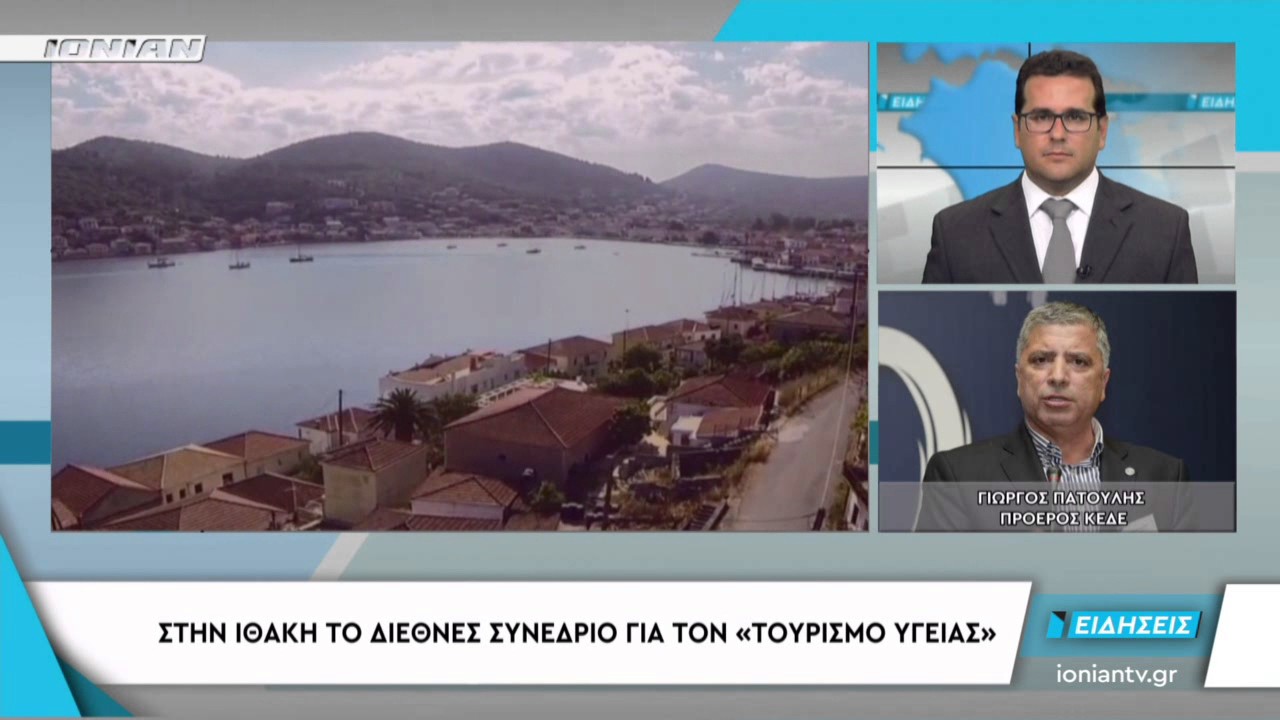 Τhe fIrst scientific congress on Health Travel to Greece is taking place 26 -27 May 2017 in Ithaca, organised by the Central Union of Municipalities of Greece (KEDE) and the support of Athens Medical Association under the auspicies of the President of Repubic of Democracy of Greece, while the convention is hosted by the Municipality of Ithaca Ionian island, the famous isle of the Homeric hero Odysseus .

The Conference "Health Tourism: Α Keystone of the National Economy Development and the Emergence of Greece to Top Health Travel Destination, 12 months a year round" aims to discuss the serious prospects of investments, development and promotion of Greece in the newest, for the country, travel markets of Medical, Wellness and Health Tourism, and has announced the participation of the Greek Ministers' of Tourism and Health offices, among Members of the Parliament, Mayors and Regional Governors of Greece, as well as top personalities of the Business  Sector, the Greek Diaspora and the Academic Community.

During the Conference , the greater comparative advantages of Greece that could be empowered to strengthen the country's Health Tourism market will be shared among speakers and attendees while emphasis will be placed on the role of Greek Local Government inititative in shaping the competitive profile and International Awareness of travel packages for Wellness and Medical tourism services in Greece , while the benefits of these packages to local communities' economy will also be in detail discussed .

"The 1st Grade Local Government in cooperation with important forces of the Health and Tourism sector, are working with steady and substantial steps to successfully place our country on the map of this new market", stated the Head of Health Tourism to Greece Inititative , President of the Central Union of Municipalities of Greece and President of Athens Medical Association, George Patoulis , reminding that "Greece has a high scientific potential with health services in the country's Health sector that rate among the highest in standards worldwie, an important momentum our country can and should use".

"It is my deep conviction that Health Tourism is one of the most important pillars of the Greek economy for the coming decade ", George Patoulis said