The veritable, irresistible, Mastic cocktails thriving in US

The veritable wonder resin has been distilled into alcoholic spirits, called mastiha, since around 600 BC, providing a refreshingly sweet, light taste with an aromatic woodiness (with notes of tree bark) and a nutty finish

Mastiha is the fragrant sap from petite evergreen Mastic trees indigenous to the volcanic Greek island of Chios. It forms striking, droplet-shaped “tears” that after a few days fall to the ground when hardened. Also known as the world’s first chewing gum, it has long been heralded for its healing digestive properties. Although this distinctly Greek product has been cherished for thousands of years as a liquor, its presence in the USA  is just budding, writes a recent Vogue aricle

In 2008, Vogue wrote, Effie Panagopoulos, then a brand ambassador for the Greek brandy spirit Metaxa, was at a beach bar in Mykonos where everyone was guzzling shots of Mastiha. A friend handed her one, she says, “and I had this Proustian rush. I thought, ‘I know this flavor. This is like the ypovrihio [a Greek dessert made from 100 percent Mastiha] that we had when we were kids.’’’ It was a turning point for her, and she grew smitten with the idea of starting her own brand “and putting a modern face on the ancient world of Greek spirits.” That dream will come true in the fall when Kleos, her Mastiha made by hand in small batches at a craft distillery known for top-notch ouzo, arrives in New York, California, Massachusetts and Florida. There’s even a T-shirt collaboration underway with Patricia Field.

As part of her revival efforts, Panagopoulos has been hooking bartenders on Mastiha for years, walking around with a vial of the stuff on her to offer industry pals a spontaneous taste. Their interest was piqued, and Mastiha cocktails started blooming, especially because chefs had long embraced it as “an underground ingredient, and today the bar follows what the kitchen does,’’ says Panagopoulos. “A few Mastiha brands have started exporting to the U.S., so people are finally discovering Greece’s best kept secret.”

One of those bartenders who fell for Mastiha “before it was cool” is Jonathan Mendez, a partner at Porto, Trade, and Saloniki in Boston. While he looks forward to seeing Kleos at his bars, he is also happy to currently experiment with Skinos, another bartender favorite, which he pairs with Salers and dry vermouth in the Greek Negroni. Mendez thinks Mastiha serves as an efficient cocktail bridge, too. “For example, I frequently use it in mezcal cocktails as a way to brighten up a smoke-heavy spirit and open it up to different layers of bitter, perhaps with an amaro, or with acid,” he says. At Trade, where the flavors skew Mediterranean and North African, he seeks out Mastiha “for its wonderful floral properties. It adds a great level of brightness to dishes that can be spice-forward and have deep, complex flavors.”

A simple Mastiha highball with Greek sparkling water and lemon zest called Tears of Chios is served at Helen in the Heights in Houston, the just-opened spinoff of Helen Greek Food & Wine, where Evan Turner presides over the beverage program. “Mastiha is bright, fresh, and clean, with great minerality. Nothing smells or tastes like it, and it comes from one island on the planet, period,” he says. “The unique herbaceous quality allows it to be used much like gin but with a more floral, aromatic profile. Simply adding tonic, mint, thyme, and other herbs are stunning when incorporated into Mastiha drinks.”

Johnny Livanos is general manager and bar program director of Ousia, the casual sibling of hallowed Greek dining room Molyvos in New York, and he is also an ardent Mastiha fan. “It is often hard to pinpoint the flavor—sometimes it reminds me of cinnamon or anise, sometimes it’s vegetal—but it is there in full force.” Although he likes sipping it alone, he thinks its natural sweetness means it can stand in for simple syrup and works well in cocktails like the Far West Side. This spring sipper, with vodka, lemon juice, muddled cucumber, and mint, is the bar’s best seller. 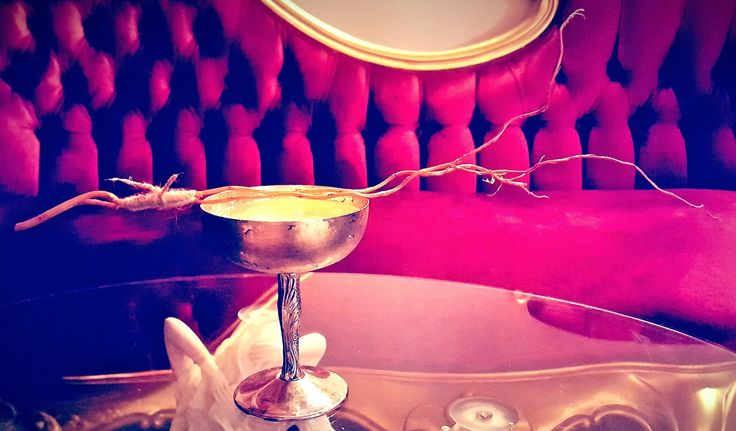 After tasting Mastiha several years ago in Europe, Franky Marshall, beverage director of Le Boudoir, the subterranean Brooklyn lair inspired by Marie Antoinette’s seductive private chambers, “was immediately intrigued” by its centuries-long use in various forms, as well as the distinctive production process that was “new to us but not new at all.” At Le Boudoir, she makes the Sorcière with Mastiha, melding Skinos with tequila, aquavit, lemon juice, and cinnamon bark syrup. Mastiha, she says, “brings a familiar yet ‘hmmm, what is that?’’’ sensibility to drinks. “It's all carrots on the nose, but the resin and slightly tannic quality come through on the palate.”

Add all ingredients to mixing tin

Fine strain into a chalice

In a nonreactive container, combine 8 oz of sugar and 4 oz boiling water

Stir until sugar is dissolved

Cover and let sit for about 4 hours, shaking occasionally

Taste to make sure cinnamon flavor is infused into the syrup

Needsupply.com. also ,published the popular Mastiha based  cocktails of Stella’s in Richmond .These are the most popular Ricmods' coctails;recipies 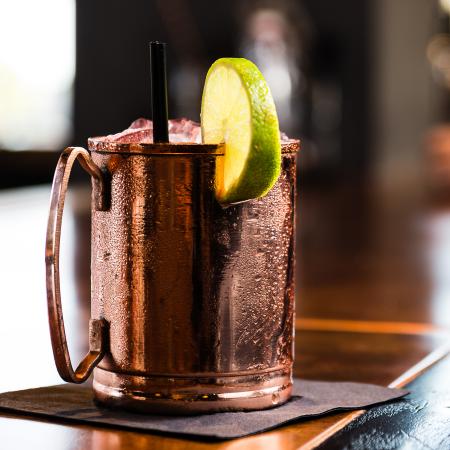 Top with splash of hard cider

Pour first four ingredients over ice in a copper mug, stir, and top with hard cider. Garnish with lime. 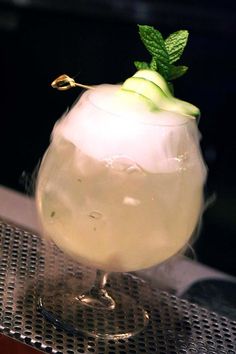 Squeeze of half lemon

Pour all ingredients over ice and stir. Garnish with lemon wheel. Muddle fresh mint, syrup, and lime in glass. Pour in shaker with Mastiha, champagne, rum, and ice. Garnish with lime. Categories: Greece Wonderland , So Special Greece, Greek to You in Greece