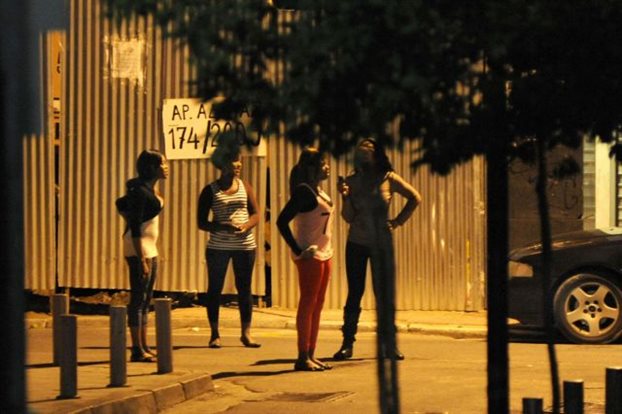 Harvard University’s FXB, Center for health and human rights, recently published the results of a research on abuse and sexual exploitation of refugee children in Greece.

The report Emergency Within an Emergency documents an alarming pattern of exploitation and abuse, including physical violence and sexual abuse. It examines the complex factors that expose children as young as 11 to regular sexual exploitation in central Athens, and it investigates the circumstances in Greek camps that contribute to regular patterns of violence and abuse. A key finding is that children rely on selling sex to raise money for their survival or to pay smugglers to facilitate their onward journeys. Jacqueline Bhabha, Director of Research and Vasileia Digidiki, Research Fellow at the FXB Center, the authors of this report, note: “The absence of an effective child protection system presents enormous hazards for migrant children, exposing some to serious risks of long term exposure to sexual exploitation.”

The report contains painful testimonies of shame, despair and depression by brave and striving children, poorly served by an inadequate institutional response to their circumstances. The report concludes with detailed recommendations about urgent reforms required to address protection gaps, coordination failures and more general humanitarian responses to one of the most serious emergencies of our time. As the political climate in Europe and other parts of the world deteriorates for refugee and migrant populations, national and international stakeholders must come together to ensure adequate prevention measures and safe, legal paths to migration for migrant children in acute need of protection.

Throughout 2016 children were approximately the 37% of the over 170.000 migrants who entered Greece. In the same time 5174 unaccompanied minors were referred to EKKA for child protection services. At the beginning of 2017 21300 minors are waiting for the completion of their asylum process, 1443 of them are in state-custody: “detention centres, police stations, open air facilities commingled with adults”.

In larger camps both accompanied and unaccompanied minors are at high risks of abuses and exposure to violence. Poor living conditions, especially through the winter, facilitate the outburst of violent episodes.

While only a little number of sexual abuses have been reported, the general mistrust of governmental care and response hints to a wider number of unreported situations. In some camps the fear of reprisal from criminal groups is an important factor in the silent victimization of minors and women.

The report describes the context where migrant children are exposed to and become victims of physical, psychological, and sexual violence inside migrant facilities and camps in the studied geographic areas. In particular, it analyzes five key aspects related to the commercial sexual exploitation of migrant children: (1) prevalence of the phenomenon; (2) profile of the victims; (3) mechanisms of recruitment and victimization; (4) role of purchasers of migrant child sex; and (4) impact of the exploitation on the victims.

Participants working with migrant  children underscore the complex and multifaceted nature of the phenomenon and highlight the negative influence of institutional, legislative, individual, family, and societal factors and conditions that contribute to the endangerment of migrant children. On-site participants also identify a cascade of socio-psychological and mental health symptoms evidenced by affected migrant children; these symptoms correlate with the children’s reduced resilience and increased vulnerability to re-victimization.

On-site participants further confirm that the criminal nature of the phenomenon seriously impacts prevention efforts, resulting in numerous missed opportunities to provide an effective safety net for migrant children. State child protection systems, in particular, have far failed to adapt to the reality of the situation.Furthermore, the report analyses the significant gaps in both government and nongovernmental responses to the current child migrant situation.

The report concludes with recommendations that address the complexity of the current humanitarian emergency. As a whole, the results call for flexible and well-informed prevention measures to address the many interconnected factors driving child migrant vulnerability. In view of the deterioration of the political climate for refugee and migrant populations in Europe and other parts of the world, national and international stakeholders should come together to ensure adequate prevention measures, as well as to create safe and legal paths to migration for migrant children in acute need of protection

The "Emergency Within An Emergency, The Growing Epidemic of Sexual Explotation and Abuse of Migrant Children In Greece" Harvard Report is authored by Vasileia Digidiki, who is originated from Lesvos island,  Authored by Vasileia Digidiki & Jacqueline Bhabha,   & Jacqueline Bhabh Professor of the Practice of Health and Human Rights at the Harvard T.H. Chan School of Public Health and Director of Research at the Francois-Xavier Bagnoud (FXB) Center for Health and Human Rights. The global picture is appalling,  wrote  medium.com/@AreYouSyrious, presenting the Harvard study, exposure to violence, physical and sexual abuses, survival sex commerced in exchange for shelter, food or money, in a context of complete lack of governmental support, overcrowded and inhumane living condition, lack of will in addressing the issues.

Regarding the population living in a large city like Athens, the report highlights the risks for unaccompanied minors linked to commercial sexual exploitation. Areas of the city became notorious for it in the last couple of years. Minors, forced to live in a limbo that seems endless and can last years, draining the financial resources they have, are pushed towards illegal activities from the lack of any legal money-making scheme available to them. If months ago minors engaged with “survival sex” to raise money for fleeing Greece, now they do it for food and shelter, the report states.

Repercussions of sexual abuses and exploitation are physically and mentally severe: risks of STDs contraction, “depression and a deep sense of shame are the most common”, self-harming behaviours and a higher risk of PTSD are also linked to it, with social ostracization and stigmatization.

While the report records the high number of Afghani minors involved in sex trade it is important to stress, with Suhail Abualsameed, that this has nothing to do with mythologized cultural predispositions, but is far more likely to be linked to the modalities of European asylum system, that more and more excludes Afghani from the chance to access the relocation program.

UNHCR, the UN Refugee Agency, asked Suhail Abualsameed's expert advice about survival sex of refugee and migrant boys in the parks of Athens, Greece. As a UNHCR consultant, S.A. helped understand the background of sexual exploitation of boys In Greece, writes the unhcr.gr site. Here is what he said in his interview to the unhcr website

You went there. What did you encounter?

In the parks and on some squares you can see refugees and migrants living in poverty, you can see signs of unhealthy behaviours. While I have not seen the sexual acts, there was every possible sign hinting at this reality: boys hanging around by themselves between the trees, random older Greek men walking around very slowly without any obvious purpose. There is a particular energy about their movements approaching each other, to offer a smoke for example, to look into the eyes in a way as if they were offering or soliciting something. Most of the boys were very young!

There is the prejudice that this form of survival sex has to do with their culture. But what is really behind them exposing themselves to all these risks, to situations of violence?

Nearly anybody could spread these myths - from some media to NGO workers, from some of my friends to civil servants. The weirdest myth or prejudice I heard was that Afghan boys were dancing boys, used for sex by war lords. That this was normal for them. The boys certainly don't do this because it is in their culture!

So what is the reality, based on your fact finding?

Some of the boys are homeless, they do it for food etc. , but the majority technically are not homeless. Their very basic survival needs are met, they have a roof in a government-run camp, shelter or squat where they get something to eat.

For them, too, at the surface it is the money, the 2 Euro, the 20 or 40 Euro they might get for unprotected sex. To have the nice jacket like other kids in the street, is only the trigger.

If you look deeper it is a difficult decision for a boy from Afghanistan or other places to have his first sexual experience this way. If we understand that it is so disgusting for them, that, in their culture, this is something sinful, demeaning, then there must be something beyond the money.

What is this something?

We can hear it in the language how they talk about it - there is a sense of humiliation. The act of survival sex resembles self-harm when the kids realize that it is so demeaning and humiliating. And if we look at self-harm in psychology, it is related to self-worth.

If you have been told all your life that you are worthless, why should you care about yourself? Many of the boys have been sent away by their parents, exploited, crossing countries for months. When everything in your life told you are not worth better, you may think you do not deserve better than doing things that humiliate you. Unaccompanied children do not have the protective environment of the family, there are no parents to tell them what is right or wrong.

So this something is all the hardship caused by the refugee experience and the system failure since they left home or even before. Despite all the efforts in assistance that are made, their situation is not very stable. One of the reasons young people are desperate in Greece is because they feel they are stuck. Young Syrians in the relocation programme (an EU scheme to distribute asylum-seekers of certain nationalities, including Syrians, but excluding Afghans, across Europe, editor's note) know they will leave in a few weeks or months, so there is hope, they do not necessarily go and engage. Afghans and other nationalities feel they are seen as lesser than Syrians.

How many children are involved in survival sex?

Nobody has the number. But it looks as if the number of boys was growing, because they are becoming more desperate.

There was a formal announcement to work with UNHCR in a Task Force on unaccompanied children and sexual exploitation, comprised of different national authorities. UNHCR will initiate the process and support capacity building efforts to sensitize civil servants about the cultural context, which is so different from the myths. How did the authorities react when you shared these insights?

UNHCR met with public prosecutors and members of the judiciary, representatives from different police departments and other authorities dealing with unaccompanied children. I think we debunked some myths about the boys in the parks as we helped them understand the cultural context, but also what the boys had gone through, the experience of being forcibly displaced, of armed conflict, of being unaccompanied and the impact this had on them. Once they made this connection, suddenly there was a firm commitment to get engaged, to increase their capacities, to adapt their methodology of and beyond law enforcement. For security forces, it is important to see the boys as victims rather than as trouble-makers.