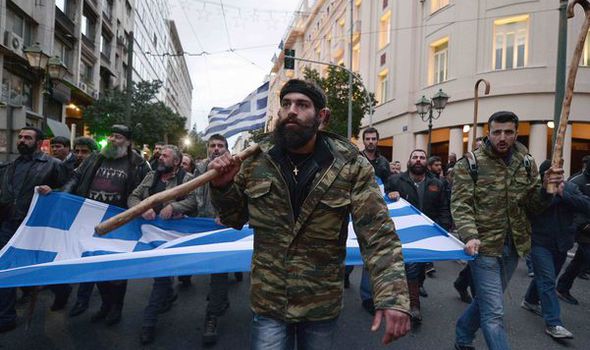 Pensions to be cut, Negotiotions with lenders dissapointing

The first day of negotiations on the bailout program review between Greece and creditors on Tuesday bore no results as the Greek side disagreed with the cost of the proposed measures and their implementation.

The Greek ministers who participated in the meetings at the Athens Hilton Hotel left at 10 pm without making any comments to the press. The Greek side was represented by Minister of Finance Euclid Tsakalotos and Deputy Minister Giorgos Chouliarakis, Labor Minister Efi Achtsioglou, Environment and Energy Minister Giorgos Stathakis and Economy and Development Minister Dimitris Papadimitriou.

According to a source close to the talks, lenders appeared determined to insist on their demands for additional measures as they saw the need for them after 2018. Also, they found a gap of 700 million euros in the 2018 budget. The International Monetary Fund especially predicts that Greece will not be able to achieve a 3.5% primary surplus from 2019 and on in order for the counter-measures that would boost growth to apply.

The IMF forecast for the Greek economy and budget figures is rather pessimistic. Thereby they push for more measures and reforms, with emphasis on lower tax-free thresholds and further pension cuts. European institutions seem to agree with the measures the Fund proposed. However, these are two measures that the Greek government wants desperately to avoid in fear of the political cost.

According to the same source, the head of the IMF mission, Delia Velculescu, suggested a tax-free limit for incomes from 5,500 euros and up for singles and pensioners and higher for families with minors.

On pensions, the proposal of the Fund is to reduce by 50% the personal difference on pensions over 1,000 euros in order to protect low pensions.

THE British Government is warning that eight years of recession in Greece, along with growing public debt and fears of a Grexit could hit UK businesses.

The country is struggling under a mountain of public debt that sits at 180 per cent of GDP, according to UK officials, according to express.uk

Greek politicians have warned that the country could be set to default once again on loans it owes to Euro area governments, the European Central Bank (ECB), the European Stability Mechanism and the International Monetary Fund.

Now after deposit holders made substantial draw downs of £2.1billion of their cash deposits in the first 45 days of the year, the country's unemployment rate of an average of 23.4 per cent in 2016 is lending to the crisis.

A new UK Government report which looks at Greece's debt says the banking system is "fragile" and highlights the political uncertainty as prime minister Alexis Tsipras faces new backlashes from the public.

And it is warning businesses to be careful of trading as the country continues to struggle with its crisis.

"As a result of the temporary capital controls introduced by Greece, it is possible that you may experience delays in receiving payments originating from Greece.

"Despite a series of recapitalisations in recent years, drawn out negotiations between Greece and its creditors during the first half of 2015 led to a loss of confidence by depositors and fears of Greece exiting the Eurozone.

"As a result, capital controls were imposed in June 2015 to halt deposit flight; and although restrictions have gradually been relaxed, they continue to remain in place today."

The Government added that the country's fiscal situation is leaving it in a precarious position.

However Theresa May is committed to trying to secure a trade deal with the country after Brexit.

Categories: Greece , Politics, Greece in Europe, Your Safety in Greece