Our Free #tv! and the #GreekGov #Communication Blow up

TV crews of the Greek Channels on Wednesday October 26, 2016, hours before the announcement of the Council of State decision, the buiding of the Supreme Court

Greece’s supreme administrative court, the Council of State, ruled late Wednesday unconstitutional the government's action to license the TV broadcasting permits itself, since this could only be provided according to the Greek constitution by the independent media regulator, the National Radio and television Council .

According to the court covering reporters,  the country’s Higher Court, found that the law tabled by the government and spearheaded by Greek Minister of State Nikos Pappas, was not in line with the constitutional provisions on licensing, on the basis that the allocation of TV licenses is the sole competence of the Greek National Council for Radio and Television (NCRTV).

Whiile the Greek government was proceeding with the TV licencing  auction reform that was  oblidging three big  private tv channles to close in the coming weeks,, Greece’s media and the opposition parties  accused the Greek leftist coalition government  of  an attack on free speech in terms of totalitarian propaganda .

On Thursday the government,  in a politically agressive tone vowed to continue fighting for its radical agenda that wanted only four channels to broadcast in Greece, -and of  them the two to be completely new with two new broadcasters that won the bid-  plus the three State Channles ,as for providing a definitely safer communication envirenment for this government that declares itself determined to stay

Alpha Newsroom team, on Wednesday October 26, midnight, at Spata, Athens, celebrating the survival of a whole Generation of the Greek Private TV

Government spokeswoman Olga Gerovasili who was obviously "disordered" while officially announcing the governments answer the the decision criticized the court for taking the money away . She said the court ruling is annulling €255 million (about $278 million) of auction revenue, which she said would have paid for 14,000 more children to go to kindergarten and 4,000 more nurses to work in hospitals.

Nikos Pappas, the closest to  Prime Minister Alexis Tsipras adviser, who has overseen the auction said Thursday that. “Governments are not brought down by judicial decisions, but only by the people.”

The government has announced by [Pappas to  table legislation on coming Monday giving TV channels interim permits to continue broadcasting until the independent media regulator can organize a new auction,

There will be no limit in the number of the temporary licenses that will be granted, according to Mr. Pappas. 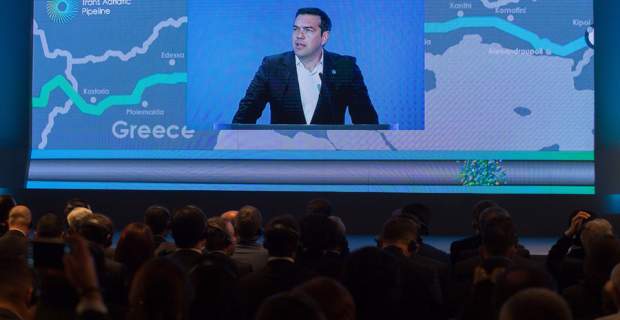 This year, seeking to maintain his radical credentials, Mr. Tsipras took on some of Greece’s business oligarchs, whose conglomerates control much of the country’s media as well as other sectors from shipping to public works. But Mr. Pappas’s TV-permit auction soon ran into trouble.

The TV shake-up was the centerpiece of Syriza’s effort to challenge the vested political and business interests that Messrs. Tsipras and Pappas say have long controlled Greek public life, the Wall Street Journal noted.

the Greek tv backgound , the fresh new scandal and the blackmail

Private television channels first launched 27 years ago in Greece , but are still operating under temporary TV licenses without charge.Instead , they have been granted bank loans of hundreds millions each, which , many of the broadcasters had easily avoided paying at all for years.

Critics said Syriza’s media reform looked more like a bid to create its own network of power relationships with new, friendly media owners Marcus Walker and Nektaria Stamouli at wsj writeour at Wall Street Journal , and remind the case of one of the four winning TV-license bidders, Yiannis Kalogritsas, and a small bank that financed him, which drew particular scrutiny. especilly for Sryriza’s relations with him.

"Greece’s independent central bank, angering Syriza officials, submitted a report to parliament and prosecutors that questioned the small lender’s loan practices and the quality of Mr. Kalogritsas’s collateral. Mr. Kalogritsas withdrew his bid and said he was a victim of Greece’s establishment, which was treating him like a criminal.

While the Bank of Greece was probing the lender, prosecutors raided a business owned by the central-bank governor’s wife, adding to fears of growing political intervention in Greece’s judiciary.

The perception of pressure on the Council of State deepened those fears and contributed to the government’s defeat on Wednesday, say people close to the judiciary.", the wsj wrote.

"The court case has dealt a blow to Syriza’s image as a new broom sweeping clean Greece’s murky politics.", comments, The Syriza-appointed president of the Council of State, Nikos Sakellariou, had resisted media owners’ appeals against the license auction. But he faced opposition from other judges, including Athanasios Rantos.

On Oct. 13, leaked emails about Mr. Rantos’s private life appeared on a Greek news website, after which Greece’s justice ministry ordered a disciplinary investigation against the judge.

The Union of Judges and Prosecutors had emphatically issued a statement condemning “an attempt to blackmail the supreme court” with tactics “reminiscent of methods used by fascist regimes.” The statement didn’t identify a culprit. Amid acrimony and divisions at the court, a narrow majority of judges voted to annul the government’s auction late Wednesday.