On sale. Everything you know as Greece. By the "merchants of the Nations

“Greece is selling whatever it can in order to lighten the debt due to the innumerable demands of its creditors,” writes the journalist Nathalie Dubois in the article entitled “Greece sells all, Greeks in the wind.” 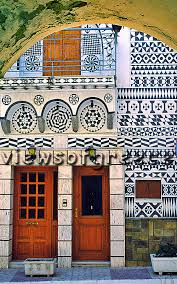 The French Libération newspaper has produced a double page spread dedicated to the privatization efforts in Greece by this shocking title,  La Grèce vend tout, les Grecs vent debout’ which it notes are taking place, 'under the pressure of the troika,' and in the face of the 'people's indignation'

As the Libération article writes, the initial ‘unrealistic’ troika target of 50 billion euros in revenue by 2020 has been cut by more than half, with the country’s lenders now forecasting 22.3 billion. However to date only 3 billion has been collected and that with difficulty.The ‘programme is not advancing, notes the article , due to delays or failures while public opposition is growing.”

A characteristic example is the  Water Utility of Thessaloniki (EYATH) , empahsises the Liberation , which is is recently more seriously attached  on the forefront of the privatization process and has already attracted the interest of eight foreign investors from Europe, Asia, and the United Arab Emirates.

However, the Council of State has  ruled  a similar sale of the Athens Water Utility (EYDAP)  as unconstitutional, raising major doubts about the EYATH privatization. In the article of Libération it is stated that the president of the HRADF Konstantinos Maniatopoulos was quoted as saying that, “it will be difficult to continue the process for EYATH without taking into account the decision for EYDAP.”

While that is good news for the (many) Greeks that are alarmed at the prospect of their water supply being controlled by for-profit companies - a move that has been nothing but disastrous in other countries (including Germany), the Libération article reports that the IMF is ‘irritated’ at the delays facing the privatization programme which are turning away investors.

It is not the first time that Greeks realise  that soon , they might live in a country where every spot of its beauty and treasure will not be Greek, but owned by the foreign investors,m and Greeks, would be looking, but not living there, since for the prop[erty owners, Greeks will be the immigrants .