Is terrorism back in Greece? 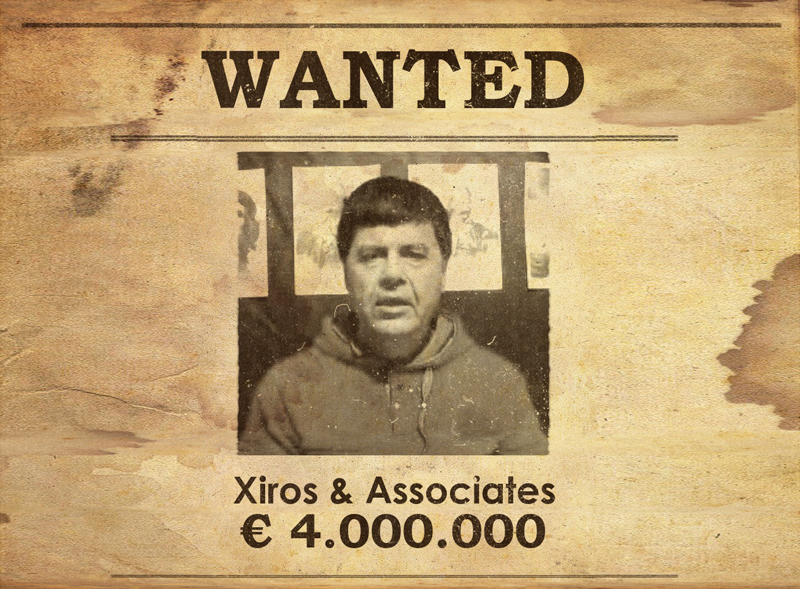 A Greek veteran left-wing extremist and the last terrorists attackes that havew taken place in Greece, with undoupted semiological meaning, have set on the alarm and trhreeatened  the Greek and international authorities,  after Christodoulos Xiros DNA was found  recently to match forensic evidence that of a parcel bomb that  sent to a police station in an envelope , by mail, programmed to cause grave casualties and may be mass deaths, as the police has diagnosed.

In a statement, police said DNA found on the bomb sent to Itea police station, central Greece, "is identical" to DNA detected in a car used by Christodoulos Xiros to go into hiding while he was on prison leave earlier this year.

The 56-year-old has been on the run since January after being given nine days leave from prison. He was serving multiple life sentences for his role as a leading hitman for the November 17 group, which was broken up in 2002.

This group claimed responsibility for the parcel bomb sent to the police station on April 29. The bomb was destroyed by the police under controlled expolosion .

According to a statement posted on the Internet, the parcel bomb was sent in response to the murder of an Albanian convict, Ilia Kareli, who was beaten to death by prison guards in a Greek prison in March.

The statement that posted on the web,  also expressed solidarity with the "wanted urban guerrilla Christodoulos Xiros", but the police estimates, that the group didn;t expext his dna to be found and matched .

While in prison, Xiros was allegedly in close contact with imprisoned members of the organisation, who are believed to have helped orchestrate his disappearance.

After disappearing in January, he resurfaced two weeks later with a self-made video calling for anti-government attacks.

"I've decided to fire the guerrilla shotgun against those who stole our life and sold our dreams for profit," he had warned on the video.

Recently, a  booby-trapped car exploded outside the Bank of Greece in central Athens on April 10 as Greece was set to return to the debt markets after a four-year absence. It was on the same day Angela Mercel was arriving to Athens, a reason for which , the greek government find it too easy and simple to close the center of Athens, as a "safety guarantee" .

But on the contrary, the damage on the area of the expplosion was extensive,  even though the media, ( who, almost all of them are of government support )  didn't have any coverage and didn;t show any images of the damage that daY, not even mentioned the terrorism threat . Nobody was hurt, though, since  the terrorists had called for the bomb, to two greek media , so police was informed and managed to locate and neutralise the bomb mechanism

The responsibility of this bomb attack was claimed by "Revolutionary Struggle".

Greece is offering a four-million-euro ($5.4-million) reward for the arrest of several wanted extremists, Xiros included.

The widely known terrorist organisation 17 of November, is thought to be successfully dislocated on 2002,  while the country was fortyfying itself for the 2004 Olympic games. Since then all  the extremist group's members are declared to be in prison. But,  in the contrary with the thousands of Greek citizens who are held in prison for depts to the state, (that can be only 500 Euros) , Christodoulos Xiros , one of the key players of 17 November and a cold -blooded assassin, was repeatdly allowed to leave the prison , and one day he never came back .

That happened exactly on the same days while the PM Antonis Samaras  was boasting on his trips abroad to the International Communty that he had "smashed the extremists."

Christodoulos Xiros is a true terrorist extremist .But the Prime Minister is insisting to reffer with this term to the far -right members of the Golden Dawn political party , many of which are also put in prison, but ironically,they didn;t happen to be terrorirsts

The ones of the real extremist group indeed, did have the allowance on the same period to leave the prison whithout any control. And they didn't doupt to  warn on the same time that Their Action Is back.

According to the Sate Department notice on the Safety and Security in Greece for travellers, visitors and foreingers,

"The U.S. government remains deeply concerned about the heightened threat of terrorist attacks against U.S. citizens and interests abroad. Like other countries that are members of the Schengen Agreement for free cross-border movement, Greece's open borders with other members of the Schengen zone allow for the possibility of terrorist groups entering/exiting the country with anonymity. As the first entry point into Schengen from points south and east, Greece's long coastline and many islands increase the possibility that foreign-based terrorists might try to enter Europe through its borders.

Greece continues to experience sporadic violence attributed to terrorist organizations. In 2012, a previously unknown domestic group placed an improvised explosive device (IED) that failed to detonate in a metro train car, and another group crashed a stolen van into the lobby of a corporate headquarters in Athens before activating an attached improvised incendiary device (IID, also known as a Molotov cocktail). In 2013, unknown individuals conducted attacks on the homes of journalists and judges, as well as several political party offices, in Athens and Thessaloniki; a previously unknown domestic group claimed responsibility for planting a small bomb in a prominent shopping mall in a northern suburb of Athens, causing minor injuries to two people; and alleged members of the domestic terrorist group Conspiracy of Fire Nuclei were arrested for armed bank robbery in northern Greece."