12 positive cases from Qatar Airlines, "an illustration of Greece's gamble" to reopen the airports with no mandatory test 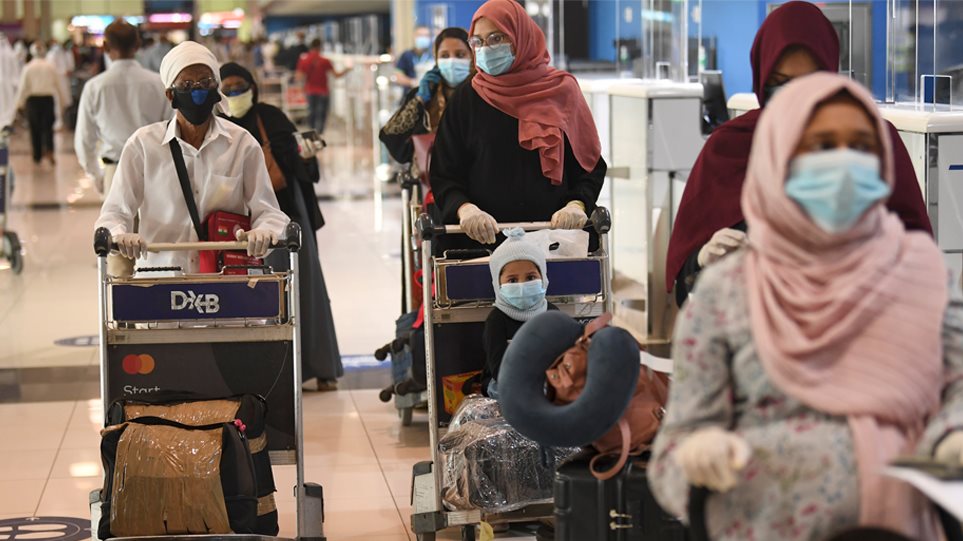 No new virus-related deaths have been recorded in the previous 24 hours in Greece, while the country is preparing to admit international tourists this summer, starting in June 15,   Eleven people remained intubated in intensive care units.

"Authorities are now faced with the delicate balancing act of promoting Greece as a safe, attractive destination while ensuring that visitors don't trigger a new outbreak.

One illustration of the gamble involved came Tuesday, when authorities announced that 12 passengers on a Monday flight from Doha, Qatar, had tested positive." Canadian television CTV said

Nine of the infected passengers are Pakistani nationals, coming from the city of Gujrat, who have a Greek residence permit, two are Greek nationals coming from Australia and one person is a Japanese national and member of a Greek-Japanese family, the General Secretariat for Civil Protection said

Greece's Civil Protection Agency said it was suspending flights from Qatar until June 15,

Till now, all arriving passengers to Greece are required to undergo mandatory tests, spend the night in a qarantine designated hotel until the diagnostic results , and then spend a 7 day qarantine at home or in a designated  hotel if the tests are negative, then reperat the tesst in 7 days.  A 14 days qarantine is imposed to arriving passengers with positive results.

"In order to meet the balance between the economic activity of the country and the safety of Public Health we need the guidance of the health experts",Tourism Minister Harry Theoharis said  , adding that "Every tourist is welcome. But of course, we will have to wait for the experts, for the international bodies, to say when this is safe to do so,"

Epidemiologist Gkikas Magiorkinis, told the AP that given current trends, the coronavirus outbreak in Greece was "in a trajectory of elimination. If we did not have other imported cases, it would be a matter of a month at most" for the virus to be stamped out in the country.

But new cases will almost certainly arrive when Greece opens to tourists", he said.

From June 15, visitors will be able to fly into Athens or the northern city of Thessaloniki. Direct international flights to regional airports, including on islands, will be allowed from July 1.

Greece last week announced that visitors from 29 countries will be allowed to enter the country with no mandatory test,  and would only be subject to random coronavirus testing and no quarantine, rather than the compulsory tests for every passenger and quarantines that currently apply.

The list will be expanded by July 1, and the new countries will be announced in time, Greece's Tourism Minister said

Whereas, as of July 1, airlines will be allowed to resume international flights directly to Greek islands, including flights like Frankfurt to Mykonos, Zurich to Santorini, London to Corfu, etc.

The announcement angered some nations, including neighbouring Italy, that were not included.

However, the government later clarified the measures referred to flights originating from specific airports rather than countries. Greece, it said, is basing its decisions on a European Aviation Safety Agency list of airports with high risk of coronavirus transmission.

Visitors can still fly to Greece from those airports, but will be subject to compulsory testing, and either a seven-day self-quarantine period if they test negative for coronavirus, or a 14-day supervised quarantine if they are found positive.

"Perhaps it was a misunderstanding that we're blocking entire countries or anything of the sort. This is not what we intended to convey," Theoharis said.

He said the European agency's list of high-risk airports was subject to change and airports could be removed as their regional public health situations improve. For example, Rome's international airport is not on the EASA list, he noted.

"We're not actually blocking countries, but airports. And, you know, that shows that this is not about specific passports or nations," Theoharis said.