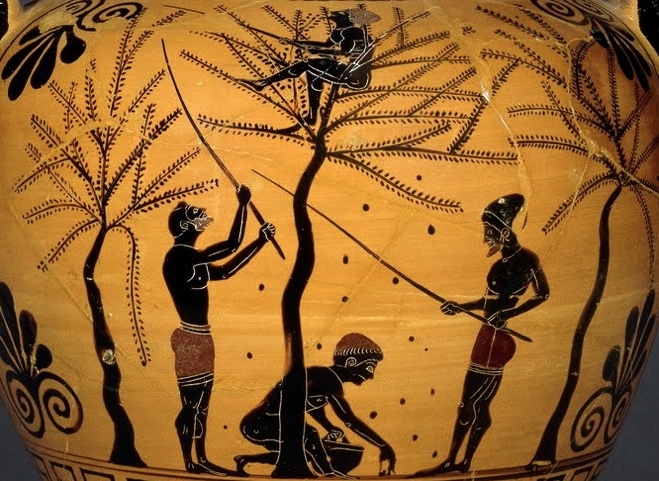 In Ancient Greek times, figs were an essential part of the everyday diet, and were enjoyed along with other fruits such as apples and reportedly used as a substitute for bread, scholars of the Ancient Greek lifestyle report .

Greek islanders would press the figs to change the texture and make figs stodgier. Meanwhile, fig leaves were used to wrap around fish, according to archaeology findings .

Figs were widely known in the greater area of Mediterranean since the ancient times; thought to have been first cultivated in Egypt and then spread to Crete and Ancient Greece.

The fruits were considered so valuable that it was illegal to export them.

Bread, Wine and Olive Oil, were primarily the three fundamentals were the most important ingredients for the Ancient Greek:  This was part of the dietary model or what we can call food ideology. For the Greeks these foods represented frugality and the simple life along with honey and figs. 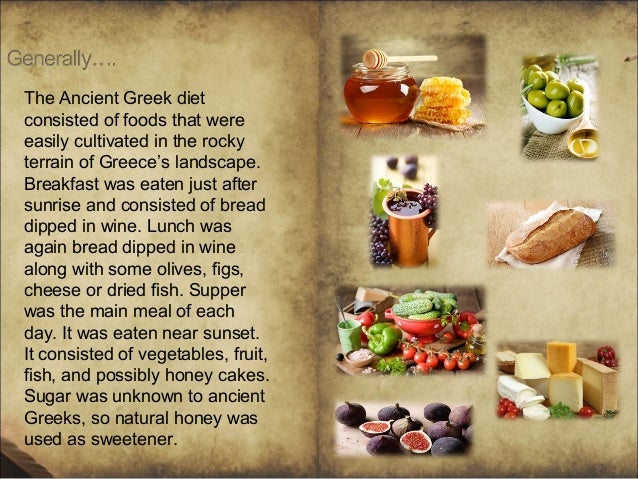 Nowadays one of the  largest producers of figs worldwide is Greece.

The fruits are rich in calcium, potassium (a mineral that helps to control high blood pressure), dietary fibre (positive effect on weight management) and manganese (known for its cardiovascular effects).

It is among the richest in fibre fruits, protective against post-menopausal breast cancer and their leaves have insulin lowering properties.

Dried figs can be enjoyed throughout the year and stay fresh for several months. They are best kept in room temperature in a cool and dry place wrapped well.

If you wish to revive them, soak them in boiling water or lightly steam them.

They’re wonderful when chopped, mixed with other dried fruits, nuts and spices, added to tea-breads and cakes or stewed, flavoured with anise and fennel

Benefits of both fresh & dried figs

Figs have a similar function in the body as cereal; their high fibre content promotes healthy bowel function and their high vitamin B content is essential for intestinal regulation.

Tips for adding Figs to your Diet 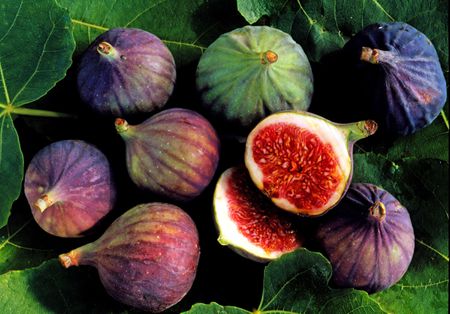 Categories: Eat Healthy In Greece, Recipes you will only find in Greece , Greece Wonderland