Some 55,000 professional and amateur athlete participated in the 36th “Athens Marathon. The Authentic”, on November 11 in the Greek capital, breaking last year’s record of 51,000 participants.

The 36th Athens Authentic Marathon took place in the Greek capital on Sunday, with the participation of a record number of 55,000 runners from 106 countries. People of all ages took part in the event, which had people running 5 and 10-kilometer routes, and also a special one for children and another one for people with special needs.

Around 18,750 runners competed in the historic 42-km route from Marathon into the Panathenaic Stadium (Kallimarmaro), with participants passing through areas affected by the fires which devastated the area in July.

Mayor of Marathon, Ilias Psinakis said this year’s race was dedicated to the 99 people who lost their lives in the East Attica wildfires and also held a one minute silence in their honour.

Muriuki Shelmith Nyawira from Kenya was the first woman to finish the race, coming in at 17th spot, followed by Koech Rebby Cherono from Kenya ranking 21, and Eleftheria Petroulaki from Greece came in at 30th place. 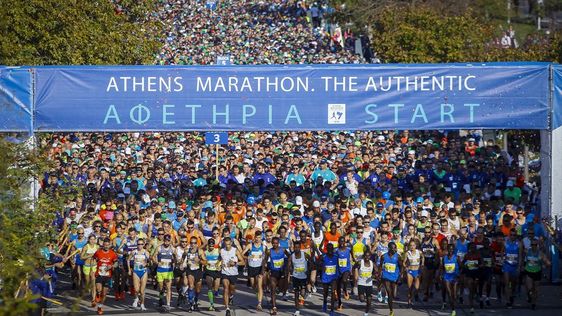 With tears in her eyes, the Greek Olympic gold medalist Athanasia Tsoumeleka stopped running and began walking through a black-clad crowd lining the street,.fourteen kilometres into the Athens marathon.

That was because she had just reached Mati, the grief-stricken coastal village near Greece's capital, Athens, where 99 people lost their lives to devastating wildfires some three months ago.

"It was as if you were breathing the souls of the people that perished," Tsoumeleka, winner of the women's 20km walk in the Athens 2004 Olympics, told Al Jazeera.

"The race felt like it was honouring the lost lives.

"You could see that the people were trying to be happy and support us but there was endless grief in their eyes," the 36-year-old said.

The record 18,750 participants from 105 countries ran the historical 42km route of the Athens Classic Marathon on Sunday, cutting right across Mati and passing through decimated forest areas as well as blackened and burned houses.

Banners saying "I will not forget" and "99 victims" were hung along the way, as black balloons flew into the sky.

The spectators, many of whom were dressed in plain mourning black or dark t-shirts emblazoned with the words "I love Mati", cheered and clapped to encourage the passing runners. 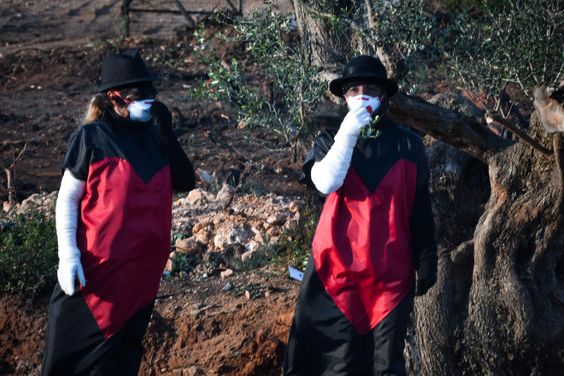