Chinese Babies made in Greece 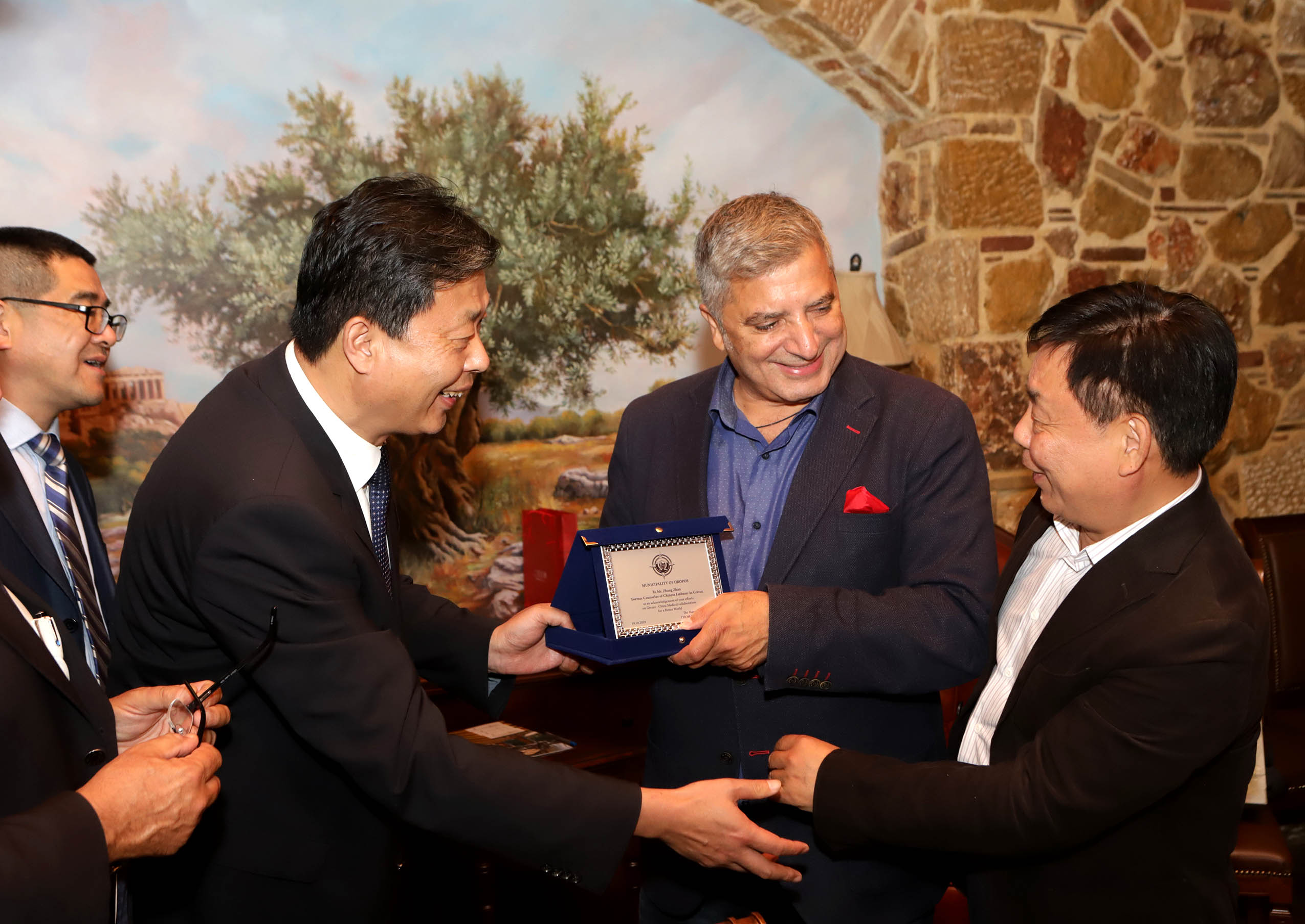 George Patoulis: "China asks Greece’s scientific expertise to boost her birth rates by a breakthrough cooperation agreement that bridges Traditional Eastern Medicine methods with today’s best practices of the Classical Medicine of the West which is founded by Hippocrates"

China requests Greece’s scientific expertise on Assisted Reproduction after the change in its existing law to a two-child policy, a policy proposed in order to help address the aging issue in China, which finds, though, now the Chinese couples aged enough to conceive a new child, facing numerous infertility problems. Anhui University Hospital by its Assisted Reproduction medical team of Traditional Chinese Medicine and Greece’s medical experts on the field signed an important cooperation agreement to join forces and therapeutic practices, aiming to give the Chinese families a second chance: Chinese babies “Made in Greece”.

A Memorandum of Understanding has been signed in Athens between the First Affiliated Hospital of Anhui University of Chinese Medicine and, from Greece’s side, the International Health Tourism Council and the Global Greek Doctor's Institute, in order to “further promote the medical exchanges and cooperation between China and Greece, fully utilize the strengths of the distinctive areas from both sides, enhance the internal development of both sides, and promote cultural exchanges and communication between the two sides.”

The Memorandum foresees the exchange of know-how between Greece and China for the combination of the most advanced scientific methods of Western Medicine in Assisted Reproduction with the Medical practices of the Eastern Traditional Medicine of China, as well as the creation of a Reproduction Center within a large State University Hospital in Anhui Region with the participation of Greek scientists.

"The cooperation with the top Medical staff of Greece on Assisted Reproduction is extremely important for China and we expect that many Chinese couples will benefit from the combination of in Vitro fertilization Medical methods, which will applied by the Hellenic team , with the Traditional Chinese Medicine methods on Assisted Reproduction. The Agreement of Cooperation and Greek-Chinese Alliance opens up new ways of scientific assistance to the peoples of both countries, broadens the chances of scientific, tourist and cultural exchange and sets new paths in Health Tourism.", the Chairman of the Center Council for the International Cooperation of Anhui University of Chinese Medicine Mr. Sihong Zhang stated after signing the agreement .

The International Health Tourism Council and the Global Greek Doctor's Institute are both non-profit companies and the contracting parties from Greece’s side at the Memorandum of Understanding, as being legaqlly represented by Chairman of the board Mr.Patoulis .

"It is an important day for the prospects of Greece’s Health Tourism that unites Hippocratic Western Classical Medicine with the Traditional Eastern Medicine of China. The huge country betakes itself to the country of Hippocrates, Greece, aiming to open new paths to combine, unite and eventually offer a common development perspective for the future. The flows of the Chinese (patients and Health Travelers) - who will be cured by the specialized medical teams of In vitro fertilization in Greece, is a prospect with important significance.

New perspectives are opened up for the in-depth exchange of scientific opinions, as well as the exchange of people, scientists, doctors and health tourists, from one country to another,

A State university in the eastern part of China with a 3000-bed hospital capacity signed a significant cooperation agreement with the Global Institute of Greek Doctors and the IHTC, the International Health Tourism Center, -that is to say, the international Body for the development of health tourism that we have created for Greece - with the perspective to become a member of Greece’s IHTC in March. The perspectives of Greek-Chinese Alliance in Health Tourism are enormous "

The Vice President of the Global Greek Doctors Institute, Mr. Constantine Pantos stated: "The fact that even China, this huge country from the other side of the world, recognizes the high level of Greek scientists, is a great honor for our country. This recognition should become the vehicle for strengthening relations, creating bridges of friendship and new partnerships, and, above all, it reverses the climate of lack of confidence in our country. The recovery of trust to Greece through the recognition of Greek doctors is a national goal. "