Taxiarxis' , the Archangel's Michael Feast Day in Lesvos Brought Thousands of Faithful to Pray to His Grace 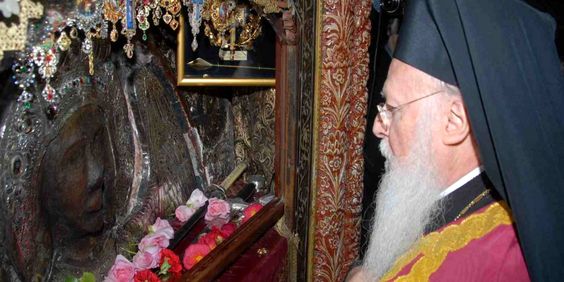 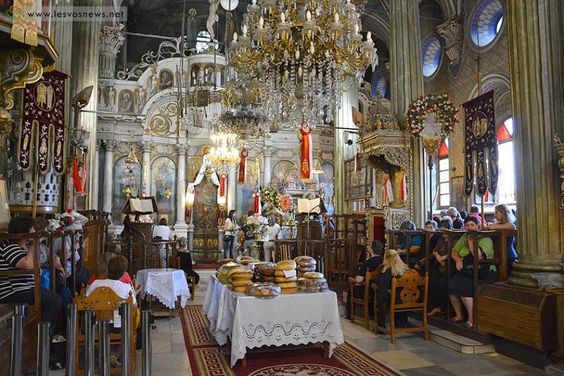 The Sunday of the Holy Myrrhbearers is one of the major feasts of the Holy Archangel Michael the Taxiarch, Mantamados, Mytilene (Lesvos). This is because that church was consecrated on this day. Thousands of pilgrims flock to celebrate this feast, seek the intercessions of the great Taxiarch, and thank him for his prayer and his protection, for "Where your grace casts its shade, Archangel, there the devil’s power is chased away; for the fallen Morning Star cannot endure in your light." (source) May he intercede for us all and protect us!

Taxiarchis festival takes place every 3rd Sunday after Easter. During this religious festival the inhabitants slaughter a bull and then they cook the traditional kistek (meat with wheat), which they offer to the visitors. The day before the festival, people walk to Mantamados from every part of the island or ride their horses to show their respect to the miraculous saint and pleaded him for health and other issues. 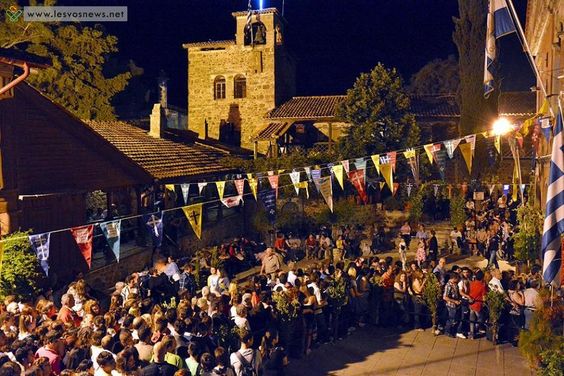 Taxiarchis is the patron saint and the guardian angel of Lesvos. It’s the most famous monastery in the island and it’s located north of Lesvos, about 36km from the city of Mytilini, close to Mantamados village.

The icon of Taxiarchis is absolutely impressive. The strict look of Archangel Michael, his big and black eyes, the tremendous glaive and the silver-gilt wings are riveting. This icon is one of the very few embossed icons in the whole Orthodox world.

According to the legend, Saracens pirates invaded the Monastery and massacred all the monks except for a novice-monk who had the time to hide out on the roof of the church. Suddenly, the scared monk saw the shape of Archangel Michael raising his glaive against Saracens who scuttled away. Thanks to the miracle, the monk survived and wanted to show his respect to Taxiarchis. He took soil, he mixed it with the blood of his dead fellows and he made the sculpture of Taxiarchis, while his vision was still vivid in his memory.

Today, we can see only the head of the sculpture. The pilgrims offer Taxiarchis metal shoes as gifts (tamata), because the tradition says that Archangel Michael wears them during the nights and appears as a vision. 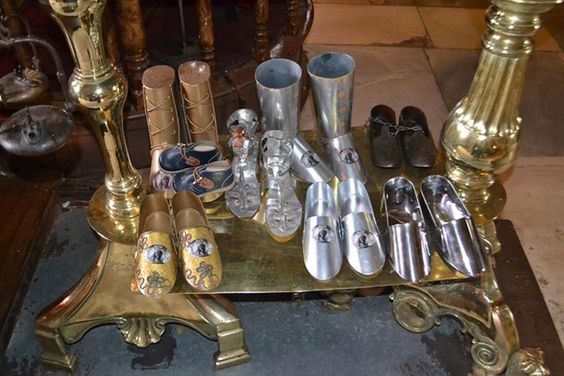 Categories: Spiritual Greece and Faith, Greek to me Holistic