Meet the Evzones, the Emblem of Greece's Independence Day 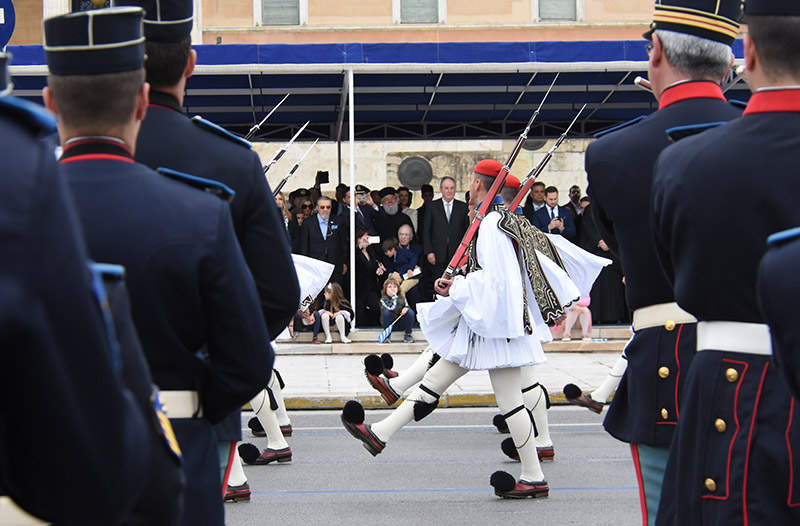 Thousands of people attended the parade throughout the Greek ciriws and the islands waving the Greek flag, while many children were dressed as tsoliades. Tsoliades, the Evzones, were the meblem of this years' celebration , which was a National Day of significqant importance due to the tensed climate in Greek -Turkish relations

Tsoliás is the Evzone, and anyone who has been in Athens, downtwon Athens, even for a few hours is inevitable to meet soe of them.They are the members of the Presidential Guard a ceremonial unit that guards the Greek Tomb of the Unknown Soldier and the Presidential Mansion in Athens.

Evzones are known for their distinctive uniform, which evolved from the clothes worn by the klephts, who fought the Ottoman occupation of Greece. The most visible item of this uniform is the fustanella, a kilt-like garment. Their distinctive dress turned them into a popular image for the Greek soldier, especially among foreigners.

The Evzones were of the most impressive parts of this year's Greece’s Armed Forces parade held by the sound of military marches.in Athens, whuch was watched by the President of the Hellenic Republic Prokopis Pavlopoulos, Minister of National Defense Panos Kammenos, Minister of Defense of the Republic of Cyprus Savvas Angelidis, House Speaker Nikos Voutsis, political party leaders and MPs and the Greece's military leadership  . 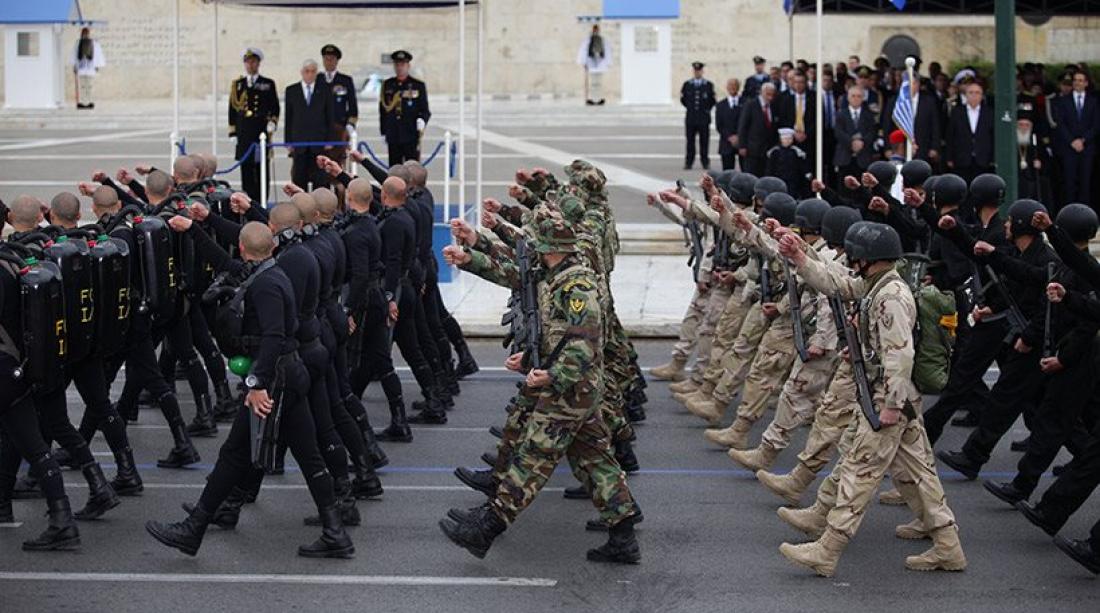 The Greek Armed Forces parade also was a show of military strength at a time when Turkey continuously provokes, making territorial claims in the Aegean, greekreporter reported

“The Greek people, the Greek armed forces are ready to fight for our territorial integrity and sovereignty,” the defense minister Panos Kamenos stated.

“Let’s not forget that in 1821 the Greek people, united, faced an Ottoman Empire and won… We call on our allies to intervene for the release of the two Greek military offices held illegally in Turkey… “We keep sending messages of peace and friendship to Turkey to no avail… Their behavior isolates them and sends them back to the depths of Anatolia where they started from.”

In their messages for the day, Greek President Prokopis Pavlopoulos, who attended the parade in Athens and Prime Minister Alexis Tsipras who travelled to Psara island in the Aegean Sea, referred to recent tensions with neighboring Turkey.

They both urged constructive dialogue and respect for international law to resolve all pending differences between the two countries.

Greece and the European Union support Turkey's European prospect, but they also have the will and power to defend their sovereignty, Greek national news agency AMNA quoted the Greek president as saying. This year’s celebration was particularly special in Australia, Melbourne, as it was  marked by the presence of the Hellenic Presidential Guard. The iconic ceremonial infantry unit that bears a significant value for Greek people all over the world, who regard the ‘Evzones’ as symbols of the highest Greek values: democracy, freedom and bravery, Neos Kosmos wrote . The 13-person unit open and close the parade.

The Evzones were leading  the 25th of  March  parade in Melnbourne, following after the flag-bearers, carrying the 1821 revolutionary banner, and the Australian, Greek, and Cypriot flags. They were be followed by Victoria Police and the Australian Federal Police, the Greek Australian Ex-Servicemen Association of Melbourne, the Federation of Greek Elderly Associations, Fronditha Care, the Pan Macedonian Association of Melbourne and Victoria, Alpha Children’s Centre and Kalimera Kids Kindergarten.