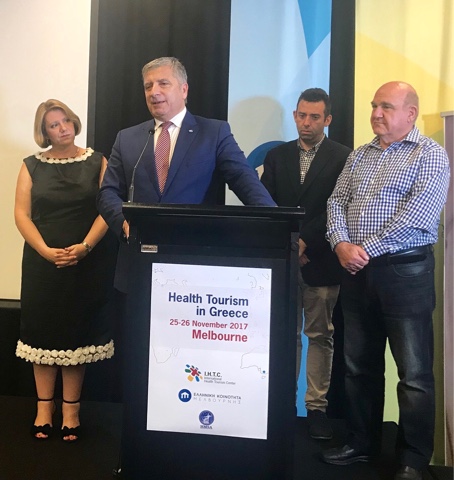 Greece as a Health Tourism destination included proudly in the World Tourism Health Map was presented in special events organised in Australia,  in Sydeny and Melbourne and was embrassed by the enthousiasm of the Greek Community in Australia, Greek and Australian diplomats and Australian investors . The events were held in the two Australian cites by the International Health Tourism Center and the World Institute of Greek Doctors, under the auspices of the Athens Medical Association and the Central Union of Municipalities of Greece in collaboration with the Greek-Australian communities in Sydney and Melbourne

In Sydney, the Greek team of doctors and medical specialists who have first started offering their services to Medical and Health travelers of the world in Greece, led by the president of the International Health Tourism Center Giorgos Patoulis, presented Greece's potential in health tourism during an event that set up "bridges" as the speakers said, for the development of medical tourism in Greece.The event was organised in collaboration with the Greek Club of Sydney, and was also attended by the Consul General of Greece in Sydney, Stavros Kyrimis

The speakers from Greece stressed that Australia serves as  a "reservoir" of potential investors and the Greek businessmen living in Australia agreed that indeed Greece offers significant investment opportunities.  The Economic and Commercial Affairs Advisor of the Consulate General of Greece in Sydney, Katia Gikisa, who attended the event announced that the consulate plans to include "health tourism" as a new category in Australia's travel agent information campaign.

On her part, talking in Melbourne, the General Consul of Greece in Melbourne, Christina Semantraki spoke of the multiple and varied growth opportunities offered by Medical Tourism, which serves as a "basic pillar" of development, she said, stressing that the Consulate has already launched a campaign in Australia to promote thematic tourism. 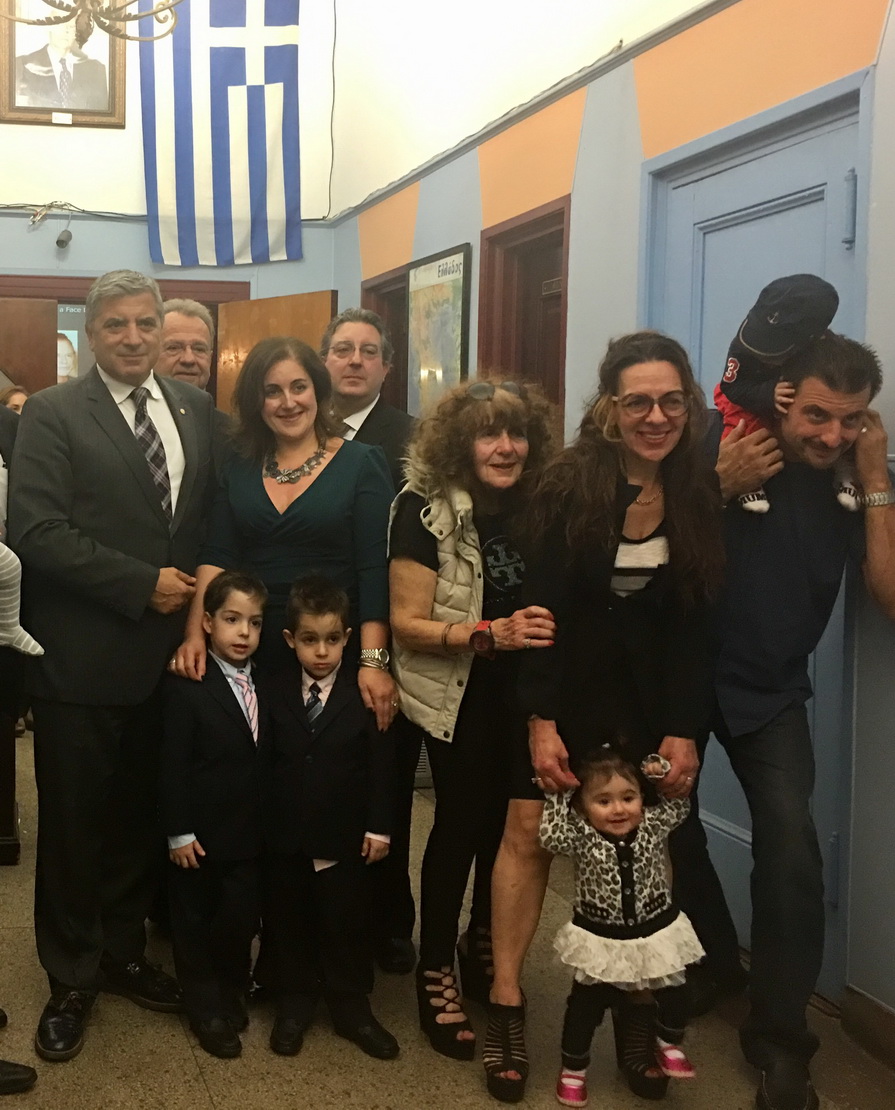 In Melbourne, the third largest Greek-speaking city in the world with about 300,000 Greek-Australians residents the second special event on Greece's Medical Tourism was held  by the presence of distinguished in the international scientific community Greek doctors and medical specialists.

"The key to success is cooperation"  the speakers said, with the president of the Greek Melbourne community, Vassilis Papastergiadis, talking of a dynamic market from which Greece can benefit.

"Many Australian patients travel abroad, mainly in Asian countries, for medical services." Mr Papastergiadis said adding that Greece has all the prerequisites to acquire a share of this market, and promised that the Greeks Abroad will support the national effort.

The President of the International Health Tourism Center and the World Institute of Greek Doctors, George Patoulis presented Greece's Health Tourism opportunity as a pillar to rectify the Greek economy . President Patoulis expressed the certainty that by activating everyone, forming a common front and encouraging such initiatives, Greece can compete with countries that currently have a significant share in the medical tourism market and become a top tourist destination all year. round.

Describing the assets of Greece's Medical Tourism project, Giorgos Patoulis referred to the comparative advantages of Greece which are the high-level scientific staff, modern Health Units and competitive prices combined with bio-climate factors of the Greek land , which make Greece a uniquely attractive destination.

The medical areas of which Greece offers Medical Tourism opportunities for the time being are in vitro and assisted fertilization, dentistry, ophthalmology, rehabilitation and plastic-aesthetic surgery

"Greece has excellent infrastructure and high-quality services at low cost,"  Victoria's former Minister of Tourism and Culture, Ioannis Pantazopoulos, stre4ssed in his speech during the event ,  and described his personal experience of medical services in Greece when his wife had to undergo a micro-intervention while in Greece , that finally costed eight times below Australia . "Greece has competitive prices and we have confidence in our healthcare system and this must be known to Australian citizens," said Pantazopoulos.

Human reproduction has brought Greece to the forefront of medical avant-garde thanks to the successes of the Greeks doctors Vice President of the World Institute of Greek Doctors and general secretary of the Greek Reproductive Medicine Society, Konstantinos Pantos said,underlining that Medically assisted reproduction holds a large share , and wellcomed the 4-year-old Demeter and the 2-year-old Alexandra on the panel two of his in assiste3d fertilization kids that live in Australia, charging emotionally the  atmosphere of  the event at most.

Konstantionos Pantos described how Mary Kustas, Dimiotras mother , a prominent actor and author in Australia, came to the Greek Center of Reproduction in Athens after 15 failed extracorpricular efforts. Today Dimitra was 4 years old. "A conversation changed my life" her mother explained to the audience. "After 10 years of failures and sorrow, I was told about Greece and the high level of health services. If you are looking for the solution, you will certainly find it, "she concluded, stressing that her personal" adventure "and" happy "outcome have made her a volunteerly port parol to  the world about Greece.