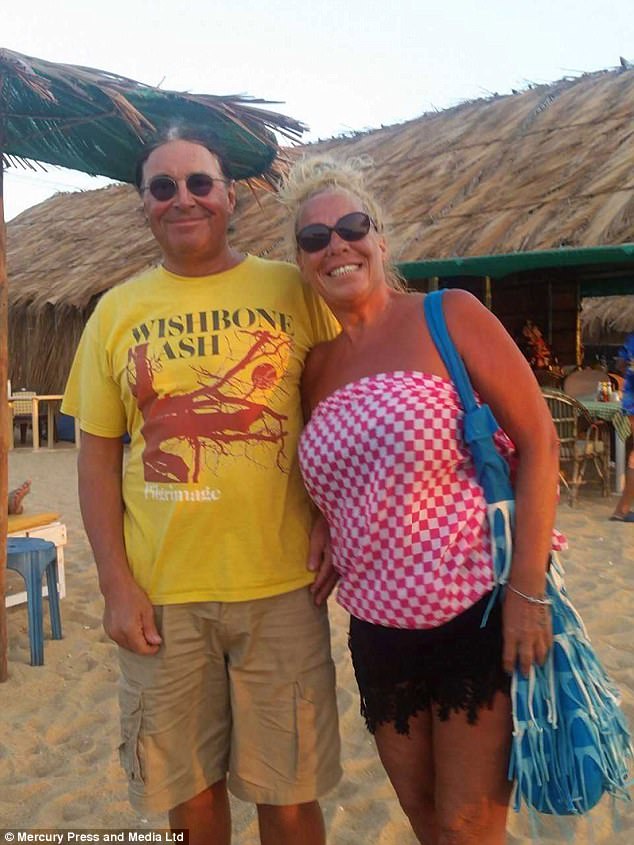 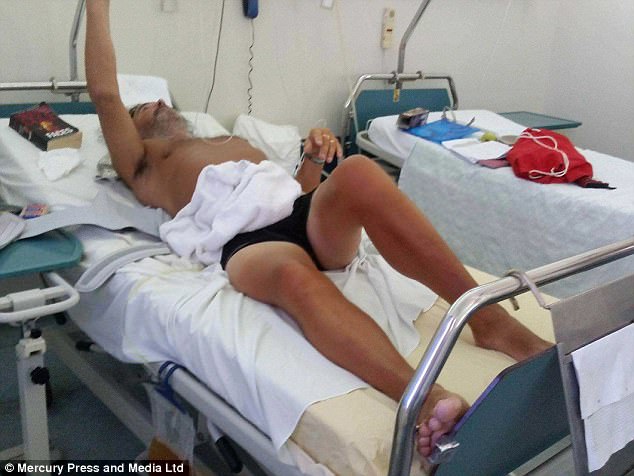 A British grandfather was left lying in his own urine for five days in a Greek hospital after breaking his back while on holiday, his wife claimed according to a recent Daily Mail article . By pictures taken by the wife, the Greek Hopsital experience nightmare made headlines around the world

Stephen Moss, 60, has been in hospital for more than two weeks after injuring himself in a fall.

His wife Debbie, 54, has voiced her horror at conditions in the cash-strapped country, the article wrote.

Such is the lack of care he has received, she said, that one of her friends has had to change Stephen's catheter bag.

She claims their insurance company insisted Stephen have his 'risky' back surgery in Greece rather than flying home to be operated on by British doctors as they wished.

Instead, Stephen has had to remain in Rhodes General Hospital for 16 days so far, where Debbie said he has been 'barely cared for'.

She said the Greek medical system leaves all care, including cleaning and even hospital gowns, to the family.

Debbie, from Leyland, Lancashire, said: 'I'm heartbroken and nobody is telling us anything. I expect prisoners are treated better than these patients.

'The conditions at the hospital are horrendous. They don't get their bed changed - he was left to sit in with wee for five days.

'My friend and I have had to give Stephen 24-hour care because no nurses help. There is no-one around and his catheter fell out the other night. My friend, who is luckily a carer, changed his catheter bag for him herself. 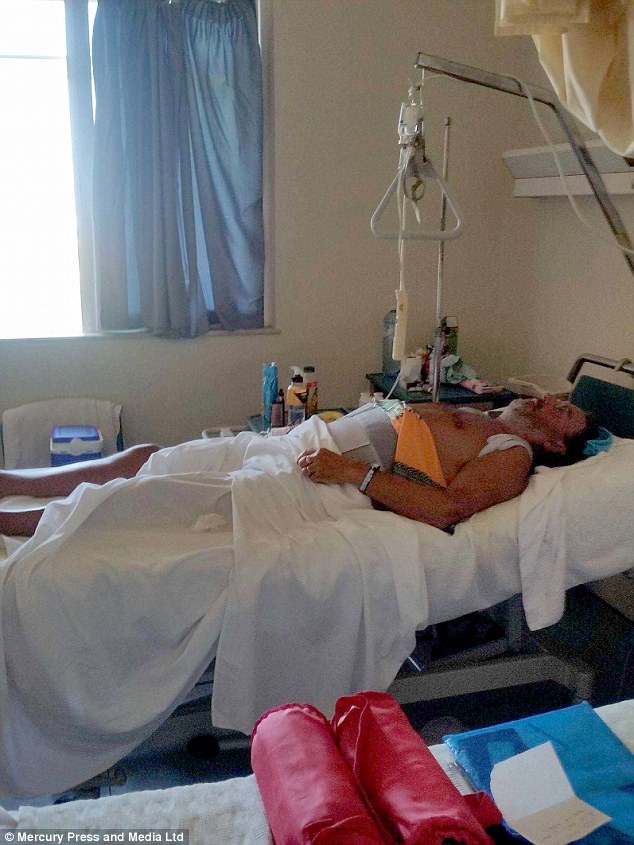