Alert for Turkish Spies in #Greece, islands and Thrace

On the Alert have been set the National Safety and Intelligence Authorities in Greece  for  the rumored presence of Turkish MIT agents in the Aegean Islands and in West. Thrace

Following the revelations of a Turkish exile journalist about the plans of the Turkish secret services ordered by President Erdogan to step up covert operations throughout Greece, there is now great concern to the Greek National Intelligence Service for a possible provocation in Thrace and the islands of the Eastern Aegean.

TV Alpha channel  presented extended reports for  the espionage activity in the Aegean islands, especially in  the eastern Greek islands that recieve the refugee and migrants flows where there were surveillance and espionage cases of the Greek armed forces by agents loyal to Ankara who have been  presented as employees of NGOs in Greece  while they were officially  engaged to providecare and servies to  refugees.

Apart form the most recent case of the Spaniard spy of the Turkish MIT who was working in an NGO in Lesvos, Alpha TV reported that also in Chios  a Dane 66 years old was arrested  photographing the ships of the Navy and the Coast Guard .

A 40 years old NGO worker in Lesvos of Spanish Nationality,  who was operating in the reception center of Moria Lesvos , has been arrested for espionage on behalf of the Turkish Intelligence MIT

He  had set up a networking system of tapping on the island and watching the movements of the Coast Guard and its coordination with the Armed Forces  on the island  reports of Greek media say .

Fears of more people involved in espionage through the NGOs and the refugee passage that recently started to overload the Aegean isladns again, after an one year and more period of   the eu-Turkey agreement on monimizing the flows, have been rised and the Greek National Intelligence Service in detecting  such cases being on alert . It is not the first time

To date recorded incidents where certain NGOs have been involved in project of supporting jihadists and operating on their behalf in the Aegean islands.

A file against the Spaniard manhas been formed and he has been arrested  for violation of the Radio Frequencies Act.

Police officers carried out inspection of the car of the 40 year old in the area of Eftalou, they found that he had installed in this an RF antenna and other related equipment that they refer directly to espionage.

Indeed, the District Attorney of Mytilene ordered an expert to examine the reasons for the particular function.

Simultaneously a check has been made to determine whether the alleged employee of NGOs has in his possession any information or photos from movements of military ships in the area of Lesvos or vessels of the Coast Guard and of course whether he had open communication with the opposite coasts in order to facilitate the role of Turkish smugglers . 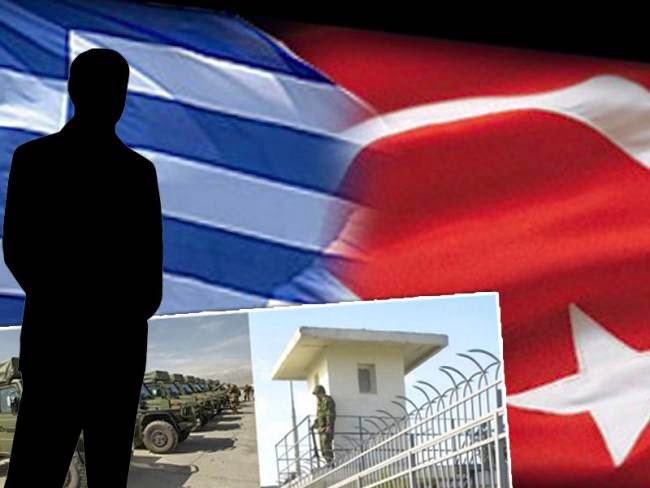 A German retiree living in Greece, who admitted in court that he was part of a network of German and other Western European residents of Greece recruited as spies by Turkish intelligence, has been jailed for 14 years after he was arrested in the Aegean island of Kos. Greek police, who said they spotted him taking pictures of a Greek military outpost while sitting in his parked car.

The police officers confiscated his camera and searched his vehicle, finding a pair of binoculars, various camera lenses and several memory sticks. His camera contained photographs of Greek military installations and government buildings on the island, which is located less than 3 miles off the Turkish coast. More photographs of Greek defense installations, military vehicles and communications facilities were found in the man’s house on the island. Police also found there documents in the Turkish language and notepads bearing coordinates of Greek military bases, public buildings and bridges located on Kos.

On February 3, 2017 the Hellenic coast guard was alerted on February 1, of a crew member aboard the Turkish Navy Ship “MAKBULE ANA” who had been photographing the Salamis Naval Base during transit in the area of Perama, Pireaus.

Arrested at the Elefsina port on suspicion of spying is 51-year-old Cengiz Uygur, a crew member and engineer aboard the ship.

The incident has been reported to the Turkish Embassy in Athens, which has requested a translator and lawyer.

After conducting the preliminary investigation from the Central Port of Elefsina, the competent judicial authority issued a mandate by which the sailor was arrested for violation of Article 149a of the Penal Code.

The accused was brought before the Misdemeanor Court of Piraeus on Thursday and was subsequently released pending a trial date set for February 8.