Greece was made up of many city-states, each of which operated as individual communities and not as a unified government. The island of Lesvos was more cosmopolitan than the city of Athens

Lesvos was an international trading center that shipped wine throughout the known world. This island was not the military center that Athens would become, since, unlike Athens, Lesvos was not involved in near constant warfare to defend its farmland. Lesvos was also farther east than the rest of Greece and so had been less affected by the Dark Ages, which had been brought about by the Dorian invasions five hundred years earlier.

By the sixth century B.C., Lesvos was far ahead of Athens in its emphasis on art and culture. 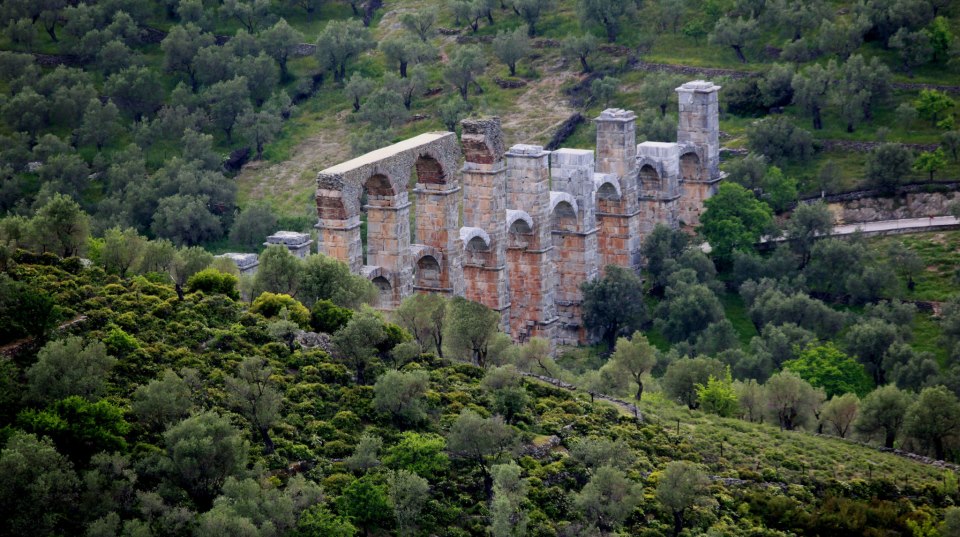 The Roman Aqueduct is one of the most impressive monuments in Lesvos. The best preserved section is 170 m. long and includes seventeen arches. It is located in the area of Moria, about 6 km north of the city of Mytilini and it’s called “Kamares”

The women on Lesvos enjoyed more freedom than the limited freedoms offered to other Greek women, especially the women of Athens. Women on Lesvos were more than appendages for their husbands. Women had more autonomy, spoke freely in public, and attended public gatherings. Their opinions were valued, and women could be educated and were encouraged to seek an education.

Sappho's school for young girls was not the only school available to serve this purpose. Although the great age of drama and poetry would not emerge in Athens for another hundred years, in Lesvos, literary culture was already encouraged. Young women were expected to engage in the writing of poetry and songs, just as they did at Sappho's school. They were also encouraged to play musical instruments, most notably the lyre, which Sappho taught. Young girls were sent by their families to these schools, where they lived from about the age of twelve until age fifteen, when they left to marry.

The freedom that women enjoyed was not absolute. Political strife could still interfere with life, even in the more relaxed atmosphere of Lesvos. For instance, although her family was wealthy and influential, Sappho was exiled twice during her lifetime. 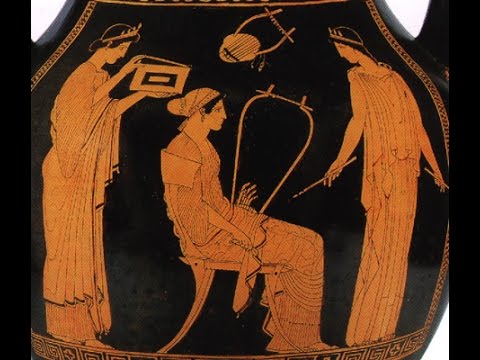 Lesvos 700 B.C. Beauty contests - kallisteia - were taking place in Athens and elsewhere but only for young adolescent men.Though, in Lesvos island only form today;s Greece, (and in Tenedos isladn which now belongs to Turkey), the Female Beauty Contest were activated with enthusiasm . They were dedicated to Hera, the wife of Zeus, and they were choreographed by the School of Sappho . They were taking place in Messa Sanctuary , which lies in teh Middle of the two natural gulfs of the island, Gera ( meaning Aging woman, successfully) and Kalloni which means a woman of  Extreme Beauty

The Messa Sanctuary in Lesvos dedicated to Zeus in antiquity  was located close to the north border of the territory of the town of Ancient Pyrra and in the middle (center) of Lesvos. The word “messon” means “middle”.