The Beauty Treatments in Ancient Greece Detail of Iaso, the goddess of healing, from a scene depicting a group of goddesses. Iaso gazes at herself in a mirror, presumably as a sign of good health.

According to the Ancient Greeks, the appearance was directly linked to the soul and the mind, so beautiful people were automatically perceived as good and intelligent, too.

The ideal of the female figure was the statues of the goddess of beauty Aphrodite, whose measures 86/69/93 (bust / waist / hips) are very reminiscent of those that until recently were regarded as perfect in the fashion circles. 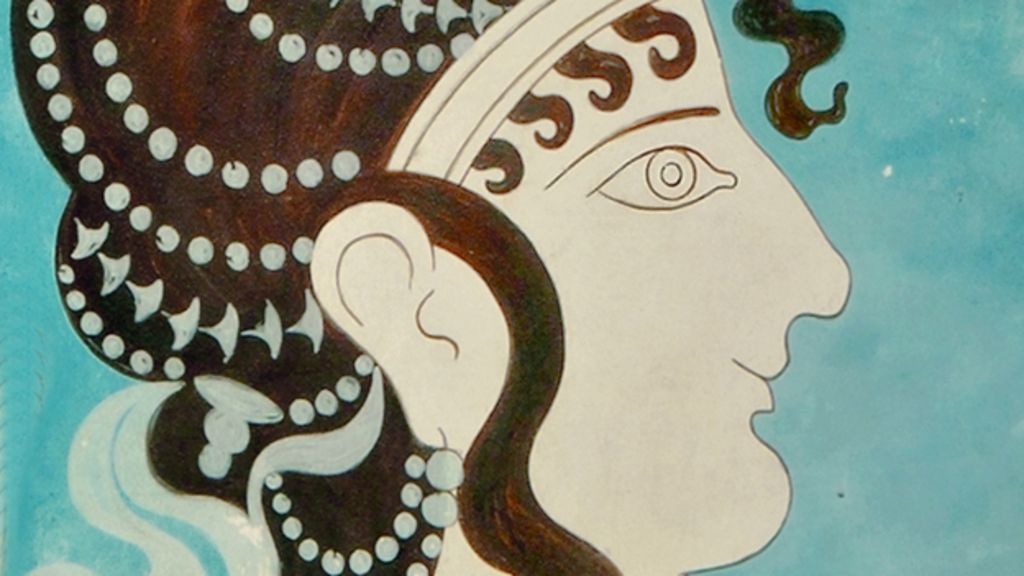 Pale skin was considered a sign of elegance and prestige, but because only a scarce number of the inhabitants of Greece could boast of such, the use of cosmetic products was necessary.

Women smeared their faces mainly with white lead and many of them literally became victims of beauty, as the poisonous ointment had the ability not only to lighten skin, but also to poison them, if it accumulated in the body.

The Greeks preferred light color not only in terms of complexion, but also in terms of hair. Their standard for perfection again conflicted with the physical characteristics granted to them by Nature. To bleach themselves, the ancient aesthetes generously poured vinegar or lemon juice over their hairs, then stood in the sun to activate the "dye"

This procedure, however, often proved to be too aggressive to the hair and required a subsequent use of restorative therapies. Then, the Greeks resorted to the miraculous power of plant oils, which quickly repaired the damages. The recipe for one of their favorite hair masks is still current nowadays, thanks to its excellent fortifying properties and its simple and affordable ingredients, eggs and olive oil.

The ancient Greeks called the olive oil "the elixir of life" and used it not only for their hair, but also as a component of their cosmetics for face and body.

Mixed with sugar or salt, olive oil turns into a great exfoliator, while applied alone or in combination with honey – into an effective moisturizer and anti-aging agent. 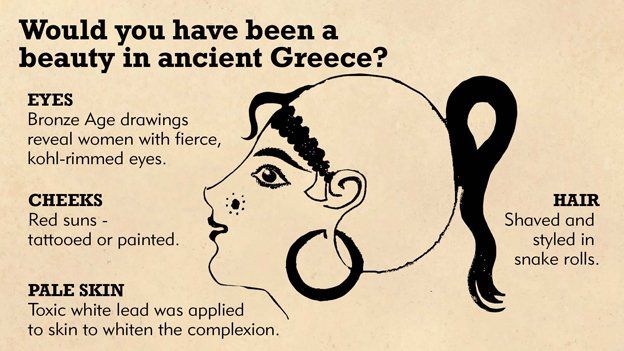 During the Archaic period (750 BC to 500 BC), commonly known as the developmental period, the ancient Greeks established the art form of skin care.

During the Classical period (500BC to 323BC), commonly known as the _ period, the concept of skin care evolved to include physical physic and also more advanced medical assistance.

They knew what foods worked well to provide healthy glowing skin. Even today, there are several published articles claiming that the Mediterranean diet can help one live a longer healthier life.

The Ancient Greek Mediterranean diet focused on primarily on

Cosmetology and Make Up  in Ancient Greece

In modern times Make Up practice, as well,  some of the techniques that are utilized today were first practiced by the Ancient Greeks. The use of cosmetics by the noblewomen of Greece during the fourth century B.C. was of a wide variety.

Greek women would always wear some sort of cosmetics. Women would either have to make these cosmetics, or buy them.

Woman used chalk to whiten their face and they use juice or powder to redden their lips.

They  had lots of face creams to keep their skin smooth and healthy looking.

Women would also emphasize their eyes which would make them even more bold especially having the darkening line of the eyebrow.

The mirrors that the Greeks had were highly polished gold. Our mirrors are made of glass however they did not have glass mirrors so they would polish up a piece of gold, and use that. 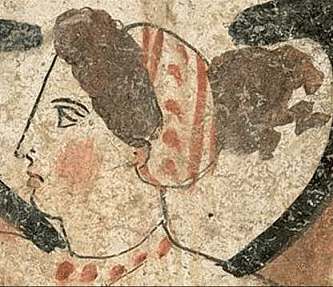 The actual make-up that the noble Greek women used was based on: Bathing was a  Beauty must

Greek women would bath a lot to keep from smelling in the hot sun, or warming up in the winter, unless you were a maid. However, the rich women would bath everyday and they would rub themselves in perfume oils which left a divine smell.

Part f the Beauty and Cosmetic procedures of those days was immersing in aromatic thermal baths filled with dried herbs. This spa ritual rejuvenates the skin, while in the same time relaxes the muscles.

Greek baths are considered the foundation for modern spa procedures.

In addition to mythologically-based rituals involving natural springs and tidal pools, the Greeks utilized bathtubs and basins for hygiene and healing.

The massage established itself in Ancient Greece as basic physiotherapy method and was commonly used in musculoskeletal, gynecological problems, in abdomiral issues but also for relaxing, slimming and wellbeing.