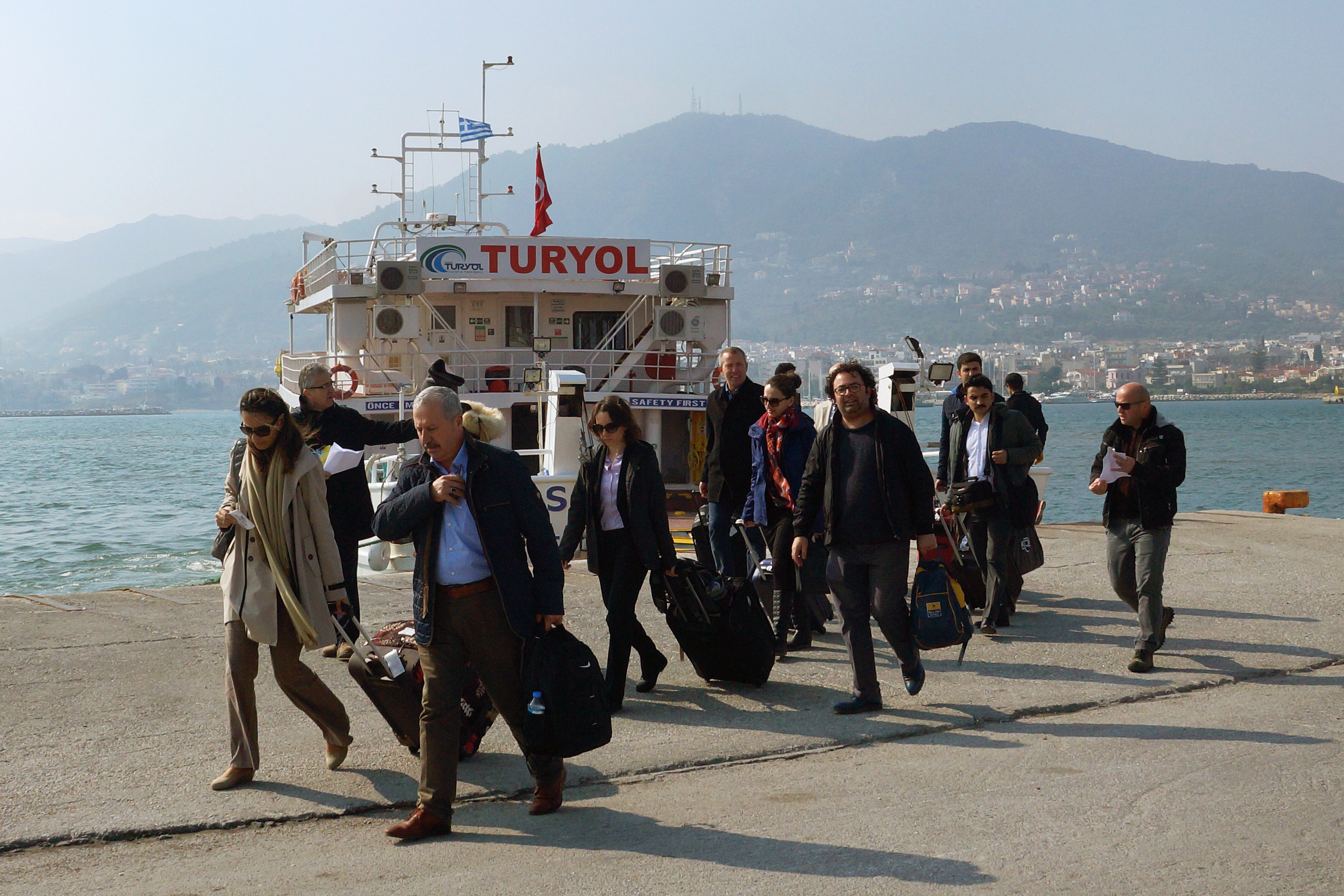 Alternate Foreign Minister Giorgos Katrougalos has informed MPs from the Eastern Aegean Region that the European Commission will not approve of visa validation at island ports.

Katrougalos, who is responsible for European affairs, sent a letter referring to a visa facilitation pilot program that allows non-European Union citizens from Turkish ports to visit selected Greek islands in the eastern Aegean without a visa from a Greek consulate.

The aim of the scheme, which benefitted both sides, was to strengthen Greek tourism by facilitating travel for thousands of Turkish travelers, who instead of applying for a visa – a time-consuming procedure – at the Greek consulates received a short-term visa at the island ports for a fee.

According to the program, Turkish tourists who wished to visit the islands of Lesvos, Rhodes, Kos, Samos, Chios, Symi and Kastellorizo for a limited period of time could issue visas at the ports of these islands.

The measure was introduced in 2012 in an effort to boost tourism revenues but expired on October 30, 2016 and not renewed by the European Union.

In a joint press release, Lesvos’ Chamber of Commerce, the Union of Tourism, Travel and Shipping Agents and island’s Hoteliers Association criticised the non-renewal of the program, and called on “everyone and especially the Greek government, which apart from meetings and announcements to the media have done nothing for Lesvos, to get serious and take all necessary steps to solve the problem that has been created, as if the problems and disasters they have brought on us were not enough. Our perseverance and our tolerance have been exhausted,” they added.

Alternate Foreign Minister George Katrougalos claimed in a letter to the Prefect of Northern Aegean Christiana Kalogirou that the Greek government had tried to resolve the matter and have the visa programme reinstated but without any success.

“I would like to inform you that despite strenuous efforts and continuous interventions of the Foreign Ministry, both towards the European Commission and the European Commission Vice-President [Frans] Timmermans, Migration Commissioner [Dimitris] Avramopoulos and the Director General of the Directorate General for Migration and Home Affairs [Matthias] Ruete, it was not possible to extend the pilot visa facilitation program for the islands of the northern and southern Aegean after October 30, 2016,” the minister said.

To address the impact of the Commission’s decision, Minister Katrougalos added that the Foreign Ministry has boosted staff at Greek Consular offices in Turkey as well as worked towards improving the visa procedure in order to facilitate travel for Turkish travelers to Greece.