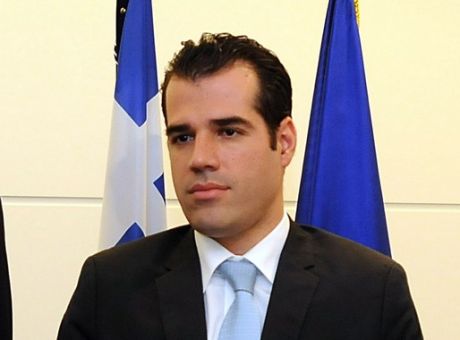 Greek former MP Thanos Plevris life has been extremely seriously threatened after entering Greek hospital for a routine operation which led to an HAI infection,  and been moved to  intensive care unit by acute septicemia

After staying for at least one week at the ICU of Athens Medical Hospital , when chances for saving his life were deteriorating, according to his doctors' official announcement,  a recovery in his health that doctors described as  a “medical miracle", allowed him to finally exit the Hospital on November 22 2016.

.Plevris was admitted to the hospital on November 14 with acute sepsis. The medical report issued that day said: “Because of the severity of his condition, he was admitted to the intensive care unit where he remains intubated on life support. All the appropriate procedures were followed on the part of Athens Medical Center, both conservative and invasive. The condition of the patient is considered extremely critical.” Speaking at a press conference after the young politician life threatening case shocked public and medical community in Greece,POEDIN president Michalis Giannakos  conceded that personal data protection laws make it difficult to collect hard numbers on nationwide infections and fatalities from hospital bacteria and fungi, though the National Center for Disease Prevention and Control (KEELPNO) does collect data from individual hospital administrations.

Recently the union of state hospital workers (POEDIN) warned that Patients at Greek public hospitals are twice as likely to contract a life-threatening infection compared to their European counterparts because of understaffing and shortages in basic sanitation methods.

Speaking to the press, POEDIN president Michalis Giannakos said that patients “are loosing the battle for life every single day because hospitals have become germ-infested sieves.”

The union chief pointed to cutbacks in healthcare as the main culprit behind the high rate of hospital infections.

Giannakos said that staff shortages also mean that new admissions may be placed on beds that have not been disinfected, a problem that has also been reported in regards with equipment at intensive care units and operating theaters.

Roberto Bertollini, the World Health Organisation's chief scientist and representative to the European Union, told Reuters he too was worried about the rate of hospital-acquired infections in Greece since 2012

He said cuts to resources and staff only make it harder to adhere to infection control and hygiene rules .

Though, Greece's problems with drug-resistant infections had predated the economic crisis, even earlier than 2012

Greece has been Europe's highest user of antibiotics, and health experts have stronlgy warned the overuse of them causes of drug resistant disease.