Terracotta Warriors may have come from Ancient Greece 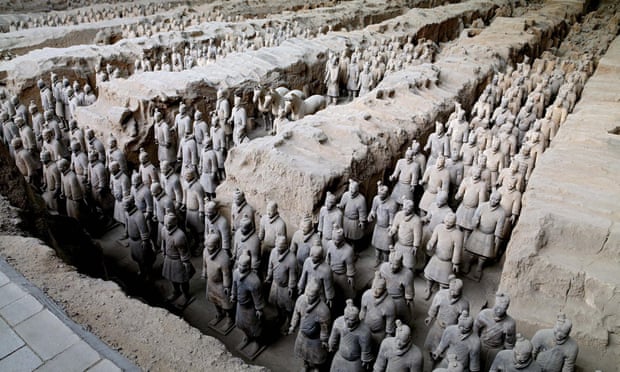 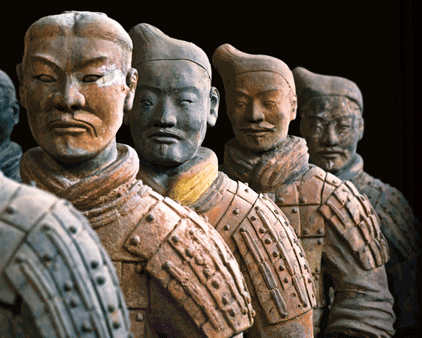 Archaeologists say inspiration for the Terracotta Warriors, found at the Tomb of the First Emperor near today's Xian, may have come from Ancient Greece.

They also say ancient Greek artisans could have been training locals there in the Third Century BC.

So China and the West were in contact more than 1,500 years before European explorer Marco Polo arrived in China, the new findings suggest.

"We now have evidence that close contact existed between the First Emperor's China and the West before the formal opening of the Silk Road. This is far earlier than we formerly thought," said Senior Archaeologist Li Xiuzhen, from the Emperor Qin Shi Huang's Mausoleum Site Museum.

A separate study shows European-specific mitochondrial DNA has been found at sites in China's western-most Xinjiang Province, suggesting that Westerners may have settled, lived and died there before and during the time of the First Emperor.

Farmers first discovered the 8,000 terracotta figures buried less than a mile from the tomb of China's first emperor Qin Shi Huang in 1974.

However there was no tradition of building life-sized human statues in China before the tomb was created. Earlier statues were simple figurines about 20cm (7.9ins) in height.

To explain how such an enormous change in skill and style could have happened, Dr Xiuzhen believes that influences must have come from outside China.

"We now think the Terracotta Army, the Acrobats and the bronze sculptures found on site have been inspired by ancient Greek sculptures and art," she said.

Prof Lukas Nickel from the University of Vienna says statues of circus acrobats recently found at the First Emperor's tomb support this theory. 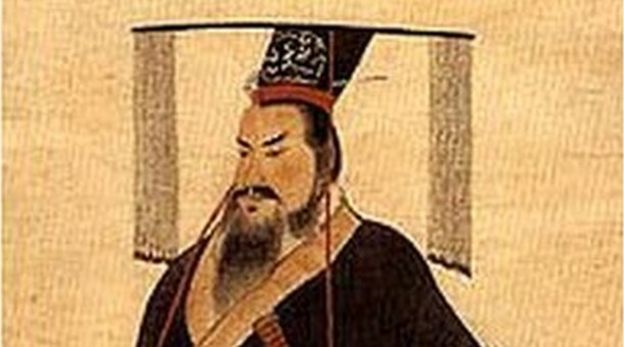 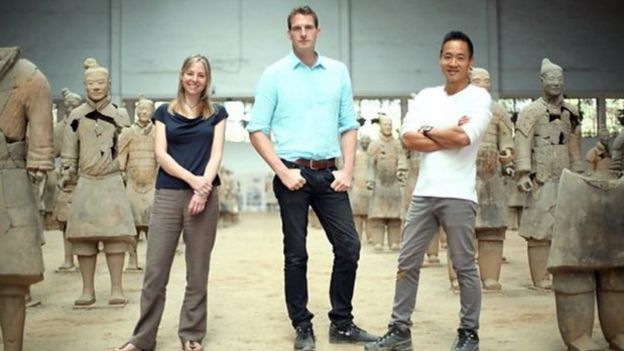 The Greatest Tomb on Earth: Secrets of Ancient China will be shown in the UK on BBC Two on 16 October at 20:00 BST

BBC presenters standing in the middle of the Terracotta Army