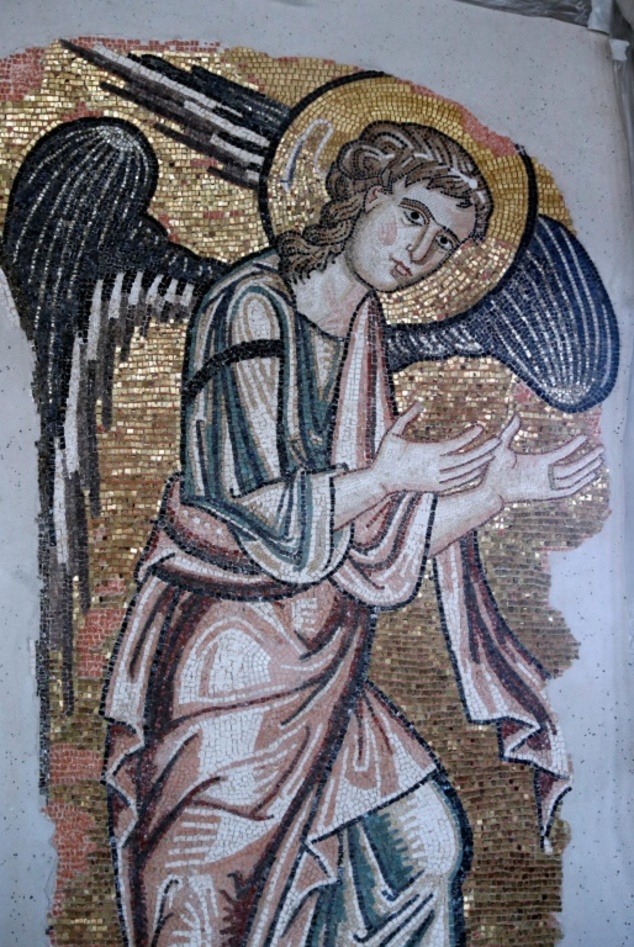 An ancient angel mosaic on a wall in the upper part of the Church of the Nativity, in Bethlehem, the birthplace of Jesus was uncovered during restoration works by Italian experts at the site, in the biblical West Bank town of Bethlehem

The photo is  by ©Thomas Coex  of the AFP

The mosaic of the  angel  was previously hidden under plaster, according to the Italian news agency ANSA.

It was the seventh mosaic uncovered during the current renovations, using a thermography technique that scans solid surfaces for works hidden underneath them. “Of the 2,000 meters of original mosaics, it has been possible to save 150 meters squared,” said Giammarco Piacenti, owner of the company responsible for the restoration.

“It’s the project of my life,” said Piacenti, who estimated that more than 1.5 million mosaic pieces, in stone, glass and mother of pearl, had been used for the restoration.

Piacenti’s attention is now focused on 50 columns in the central nave of the basilica, which are believed to hide 12th century paintings depicting saints from many Christian countries. In support of the restoration, the Palestinian Minister for Religious Affairs Ziad Bandak has launched an “Adopt a column” campaign. “Whoever wants to donate money and become part of this beautiful adventure is free to do so,” he said.

The Church of the Nativity was originally commissioned in 327 by Roman emperor Constantine and his mother Helena over the cave that is still traditionally considered to be the birthplace of Jesus. Fresh traces of Constantine’s time have been found in the basilica, experts said last month. 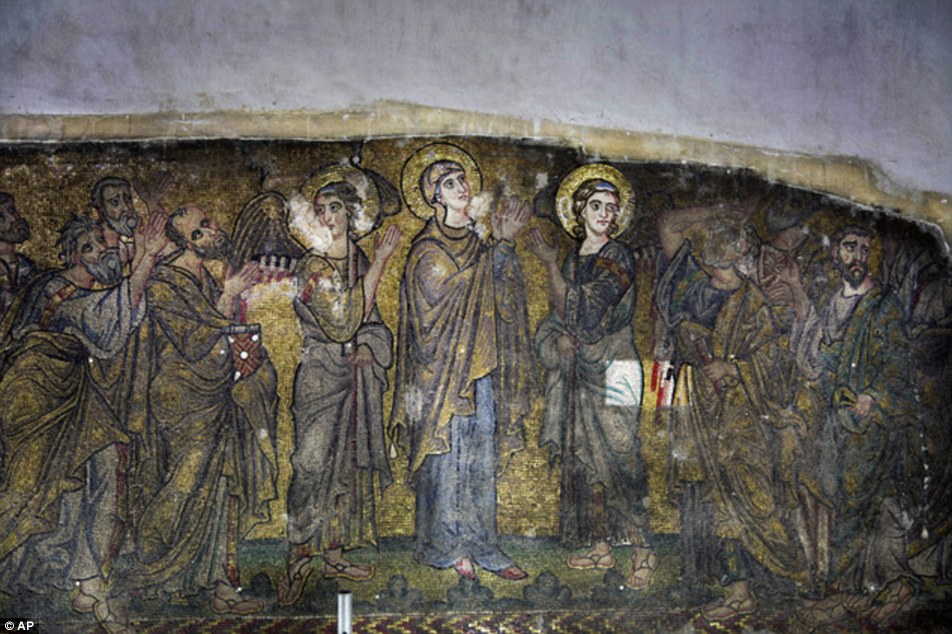