PHILIPPI, GREECE--The analysis of residues collected from ceramics at the site of Dikili Tash suggests that wine was made in Europe as early as 4200 B.C, as the In addition to the tartaric acid found in the vessels, the joint Greek-French excavation team found carbonized grape pips and their skins in a Neolithic house dating to 4500 B.C. The grape pips and skins indicate that the grapes had been pressed.

Since 2010 when the excavation of the Neolithic settlement in Dikili-Tash brought the plenty of wine jars to light, the findings are examined by multi-scientific methods, while the research is held by the Aristotle University of Thessaloniki and the Ecole Normale Supérieure.

According to the latest Organic analyses and archaeobotany research results published in the Journal of Archaeological Science,

a new two-step analytical protocol has permitted the reliable structural identification of red wine thanks to the presence of dark grape (tartaric, malic, syringic acids) and fermentation markers (succinic and pyruvic acids) in a smashed, large, coarse jar and a jug excavated inside a Neolithic house destroyed by fire around 4300 BCE at the site of Dikili Tash in northern Greece. The combination of dark grape and fermentation markers indicate red wine.

This new method, which has also been tested successfully on other vessels, exploits the chemical break-down of the clay and the simultaneous liberation and derivatization of biomarkers.

Since aldaric acids are not extracted by a simple solvent extraction, the research publication describes, but only when submitted to the second acido-catalyzed extraction, their detection in the second extract indicates organic residues are more deeply impregnated and bound to the clay structure than previously thought.

Their identification in a Neolithic jar from Dikili Tash corroborates the finding of pressed grapes consisting of loose pips, skins, and pips still enclosed by skin in association with this jar.

Study results demonstrate Neolithic wine-making in the northern Aegean, and provide the earliest solid evidence for the Eastern Mediterranean and Europe. This new method could be more widely used for detecting wine traces in all sorts of archaeological artefacts or structures. It constitutes an essential tool for a better understanding of wine-making and of contexts of consumption in ancient civilizations.

By the study, a protocol is proposed for extracting grape markers from archaeological ceramics. 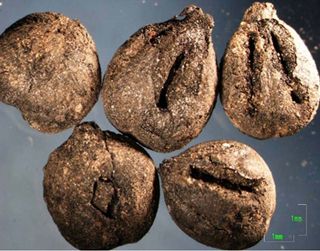 Within the rubble of a burnt destruction level dated to the second half of the 5th millennium cal BC, a wide range of cultivated crops like cereals, pulses and flax were stored together with a variety of fruit and nuts, such as acorns, wild pears, grapes, including grape pips and grape pressings and possibly figs, too.

It is suggested that fruit and nut use at Dikili Tash might correspond to old traditions dating back to the hunter-gatherers of south-eastern Europe while wine, for which there is evidence at the site, might have acted as a mediator between human communities, cultivated landscapes and wild vegetation, inducing altered states of consciousness and cultivated/wild boundary transitions, the Springer Link in its Vegetation History and Archaeobotany edition wrote

"The historical meaning of our discovery is important for the Aegean and the European prehistory, as it gives evidence of early developments of the agricultural and diet practices, affecting social processes,” said Dimitra Malamidou, co-director of the project. 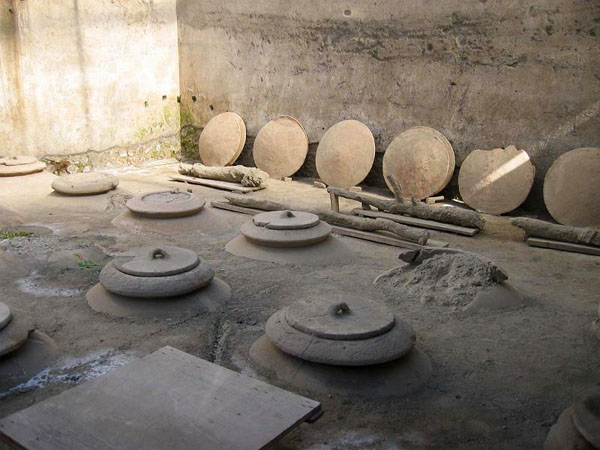 the settlement in Northern Europe

The excavation, located at an ancient settlement known as Dikili Tash, is situated 1.2 miles from the ancient city of Philippi and has been inhabited since 6500 B.C. The site is a tell, a massive human-created mound of earth which looms some 15 meters above the current ground level over an area of 11 acres, the result of millennia of human building and rebuilding in the same place. Archaeological deposits in the tell extend below the current ground surface, for a total of 17 m of human occupation.

Dikili Tash has been known as an important Neolithic site for over a century, but it was only during the latest rounds of excavations at the site that the lowest levels (Early and Middle Neolithic) were identified.

Not much is known about people who lived at Dikili Tash during these periods as of yet so the latest finding offers some insight into these ancient people, although the societal changes that may have been influenced by the consumption of alcohol is an issue of debate. 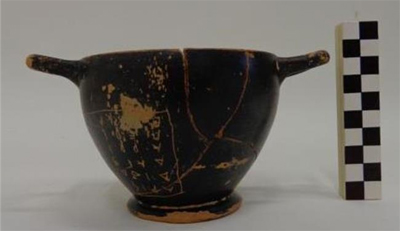 Where the Man who built the Golden Greek Age, Pericles was drinking his wine

Millenials after the Neolithic Age, on 5th century BC, Pericles was the influential politician, orator, and general who leaded the Athens’ Golden Age, which is also sometimes referred to as The Age Of Pericles. In his military capacity he clashed with Sparta in the Peloponnesian War. During that war he died of the plague (though it’s now believed it might have been some other ailment). A recently discovered cup which is believed that it was where Pericles supped wine out, was found, shattered into a dozen pieces, in the grave of a pauper, in a northern suburb of Athens, on Sparta Street.