Anthrax in a Tupperware 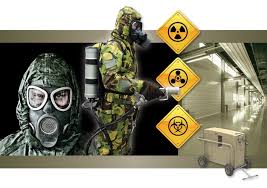 A shocking scenario has been revealed out of the unseen world of the academic research laboratories in Greece and has been recently published bythe Hot Doc news magazine - in June 2016, but, though, remains still, by the official lips silent, mostly due to the huge ignorance that covers during the years of crisis any kind of Response or Reflex from the part of the National Bio Preparedness officially recognized Authorities in Charge, who on these moments, truly, can’t believe it’s true.

Anthrax, the bacillus has been found in a Tupperware in the main Epidemiology research laboratory of the University of Athens, and this happened 15 months after the holder of the bacillus, Professor in charge of this university department. had left the office.

The new professor of the Academic Department was ignoring officially the existence of the "active" biological material , until she was informed by a laboratory researcher . After that the official authorities had been notified, and at last. the creepy Tupperware was spotted and then taken away by the biosafety team of top National Security of the Greek Armed Forces .

This happened 15 years after the bw agent had been transferred to this laboratory under unlicensed typically procedures.

The specific research laboratory of the Medical School of the University of Athens is characterized officially as BioSafety Nr II Laboratory, and not III, as it is officially requested for a public laboratory to keep and handle a Priory A selected Agent as is athrax.

The Professor who possessed it, and is now out of his duties due to other Juridial complications of the same person, claims today that the bacillus was ordered and derived to his laboratory under governmental authorization- but woth no official papers, for this authorization, either, back in 2001. It was brought to Athens from the University of Cyprus, the Greek professor and anthrax holder for 15 years says today, as part of the national biosafety preparedness for the Olympic games of 2004 in Greece. The scientific intention, he says, was to prepare a rapid diagnostic tool for the identification of the bacillus in case fo bioterror attack, in Greece uring the Games, and which diagnostic test was developed, the professor said to the Attorney, and had been by that time provided to the Ministry of Health

According to this scenario, still and most importantly, the infectious DNA part of the agent should not exist , as the Hot Doc article’s magazine stresses/. This should have been destroyed, according to the protocols and documents that have been by the Greek Laws released for bw agents’ transition in case of Biological Warfare Emergency . This is precisely what the professor of the Cyprus University is today stating, for the steps and the details for thr bacillus’s transition from Cyprus to Greece. He has made clear to the Juridical authorities that this is the path followed by him officially, transferring the agent by the military airplane to Athens, then to the National Hospital’s Evaggelismos laboratory, separating the bacillus RNA to receive the non infectious part. and then assuring that the remains, -and highly infectious part of the agent -would be preserved safely as to be destroyed by the official National Biosafety department , and by the Greek Center of Disease Control .

Ironically, and coincidently. or not coincidently, the Epidemiology professor took the presidency of the Greek Center of Disease Control in 2004 ,( but was asked to resign. by the next Minister of Health of government of those days as soon as he took office in 2006, after a scandal of biasing official documents of the Center’s advisory board sitting. (By the way,,it was during the professor’s/holder of the anthrax, presidency, that the name of the Greek CDC was changed its name, from Greek CDC to HCDCP)

No ione knew, as the article writes, that instead of the infectious bacillus , the infectious part of the bacillus would be in the professor’s hands till now, or, let’s say, forgotten, in a cupboard of the not authorized laboratory, in a plastic Tupperware like a kitchen soup.

The cupboard was locked, the professor says today, who , though, did not mention anything about the bacillus existence to his descendant, at least, Professor Maria Linou , who first heard about it some months after she took office from a researcher who is working on the Epidemiology team.

How the bacillus was found finally in the academic laboratory , with not even one official document of any kind of authorization its possession, and under which, in detail procedure that allowed that, the professor does not answer, stating that in charge of the academic Laboratory was by then, typically, the world wide known professor Dimitris Trichopoulos who passed away in the end of 2014

Below is the Hot docs introduction of the story

Anthrax, which is considered as a biological weapon of mass destruction, was identified before seven months in the laboratory of the University of Athens. The bacillus was identified and removed from the laboratory by an operation of specialists of Nuclear, Biological and Chemical War of Greek Army, in complete privacy, and theoretically the risk the select agent is eliminated. But that is one side of the suspect case. Nobody knows what quantities of the agent could be produced by its holder, the professor of the Epidemiology Department of the University of Athens, who was in possession of the bacillus for almost 15 years. The Antiterrorist Agency of Greece inspects relations of the professor, Angelo Hatzaki, with the Middle East, and by the order of the Deputy Prosecutor of First Instance, George Peter, they are trying to synthesize the history of the course of the bacillus, which is related, according to testifications, with a strange mission military ship to Cyprus. For this task there are no official documents or protocols, as for the luck of the bacillus in the coming years, since 2001 till today...

- The Hot Doc Magazine is know to be a credible source of Greek Press, since it was it that had first ever in Greece published the Lagarde list when the list was hidden officialy by the Greek government of these days