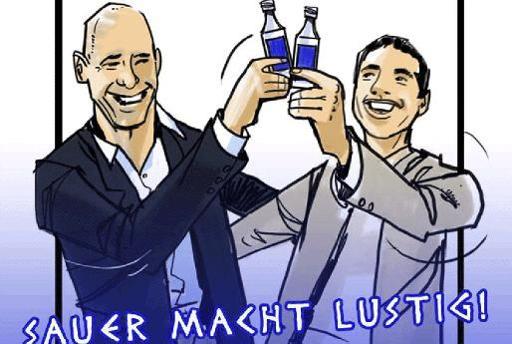 How would you like a Grexit in a bottle, by the two sexy leftists Greeks, Varoufakis-Tsipras duet, on the etiquette of it , to wish by that Cheers?

A German inspired- and- produced Vodca Lemon liquer comes in a bottle in less than ten days, and the pleasure to anticipate this happiness clicks precisely on the peak days of Greece's deal -or -default urgency

And  if you are really eagerly expecting Grexit, you may toast by that drink in German.

Say Cheers, it's Zum Wohl, in German which precisely means " to your profits"...

Yay,,,! This is such a moodhacking story,  by all means!

...Has the threat of Greece crashing out of the eurozone soured your mood? Never mind, sip on your 'Grexit' vodka lemon, and things might not seem so bad anymore? asks Yahoo.uk

Or so thinks a company that is based, funnily enough, in Europe's economic powerhouse Germany....

The name of the alcoholic beverage is taken from a widely used term coined from combining the words "Greece" and "exit", Yahoo explained politely, to add:(

And as the deadline for Athens to reform or default looms ever closer, so does the product launch date for 'Grexit'. 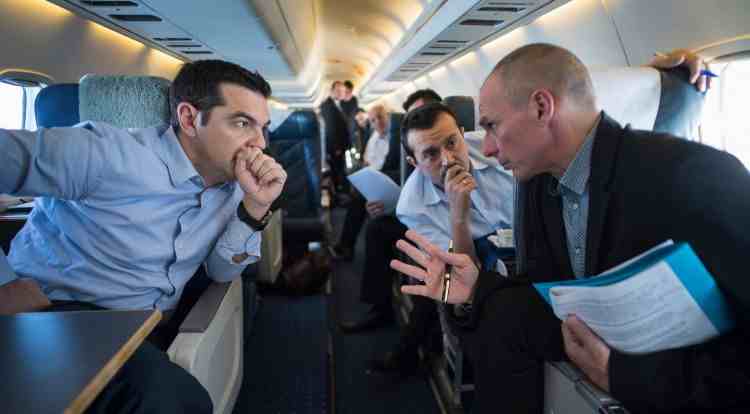 Banking on the possibility of a Greek debt default, creator Uwe Dalhoff registered the label in January.

"We are printing labels to release the liquor on the market in the next 10 days," Dahloff told AFP.

"Sauer mach Lustig" is the tagline on the etiquette " Sour can be amusing"... But is this sour black humor going straightly cynically to the Greeks?

Grexit would hit German taxpayers much harder than banks. Since 2012, politicians have transferred Greek default risks from private onto public balance sheets, noted Deutsche Welle on its article, coincidentally on January 2015, just before Alexs Tsipras election

What could the consequences for the Germans, at the end of the day,  of a possible Grexit be?

"The exposure of German private capital to Greece has been declining," says Fritz-Vannahme. German banks are therefore unlikely to panic at the prospect of Grexit."

"The German taxpayer's losses, however, are likely to be significantly higher than they would have been 2012," he said. "The German government's guarantees have increased significantly. So for the taxpayer, Grexit might be very, very expensive."

The German government has extended loan guarantees to Greece currently worth around 50 billion euros.

"This money is in the line of fire, but we are not going to get it back in the short term - at best perhaps in the long term," Thomas Straubhaar, Professor of International Economics at the University of Hamburg told German radio.

Greece will be unable to repay its debts, regardless of whether or not the country stays in the eurozone or not, Straubhaar said.

"The costs for Germany are equally huge either way," he said. 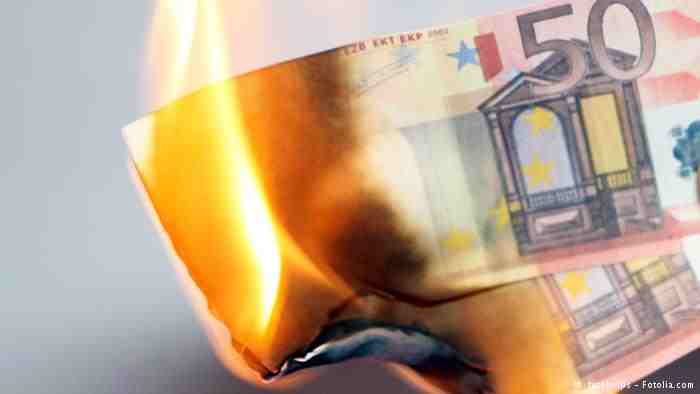 Alexis Tsipras said his government was working towards making the emergency eurozone summit on Monday a "success." Finance ministers of countries using the euro currency announced a summit for Monday to resolve Athens' prolonged debt crisis that threatened Greece's exit from the euro,  Deutsche Welle wrote on January19th.

Investors are too sanguine about the potential for a Greek exit from the euro zone, which could turn into a blood bath,

Dallara led earlier negotiations between Greece and its creditors as the managing director of the Institute for International Finance, a post he held from 1993 to 2013.

"I am somewhat concerned that investors are looking at this and thinking the Germans, the IMF, the Greeks, they're all rational players at the end of the day, and we can all hope that they will be," he told CNBC's "Squawk on the Street."

"But right now it looks to me as if the markets are not prepared for a default and this could be a bloody bath if it happens."

and go also to our Close that Deal Homepage, 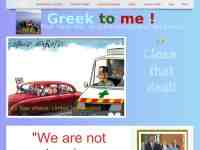 for the step by step Greece's augmenting Crisis as the country comes closer to the Peak moment of Deal or default .

You may also like the 100+ Rainy days of @atsipras