Realistic is the Greek Proposal only... 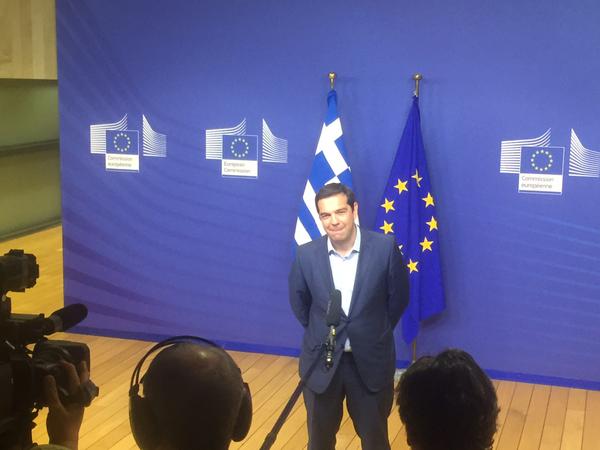 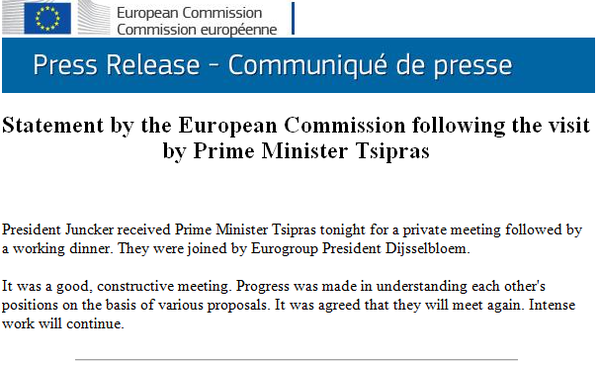 Refusing to cave in, as international press wrote , Alexis Tsipras emphasized that "the Greek proposal is the only “realistic” option'

We still reject some of the creditors’ proposals, he said, instead of an announcment of an agreement , as Associated Press had earlier mentioned that could have taken place  .

"There are points that no one would consider as a base for discussion," Tsipras told reporters after talks with European Commission chief Jean-Claude Juncker. "The talks will continue in the coming days."

"There was proof from the Commission that it is at least disposed towards reaching a realistic agreement very quickly," he said.

"The more we talk sincerely, the closer we will get to a mutually acceptable solution." 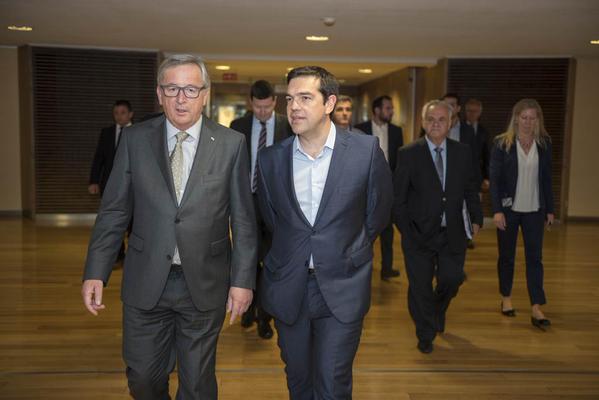 Alexis Tsipras and Jean -Claude Juncker after first part of their meeting, June 3rd, going to a draft-in-details'review next meeting over dinner,at Commisssion building,Brussels 13th floor

#Tsipras statement: "A fruitful discussion in a positive climate. IMF payment will be made. Discussions will continue during the next days"

#Greece PM #Tsipras: The only realistic proposal is our proposal. There's willingness 2 come up v soon w/ a realistic solution 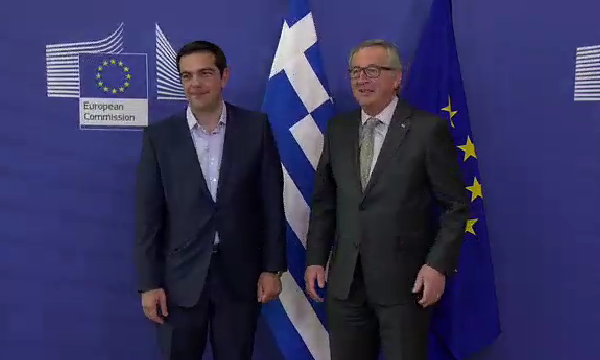 Jean-Claude Juncker escorted Alexis Tsipras into the Commission, pausing only for a quick photo-opportunity and a handshake.

Can a deal be reached? asked a reporter at the Commission building, when the two men arrived , but no comments had been made ...

On what has became the "thriller-Night" for the survival of Greece, Wednesday 3rd toThursday 4th of June, Prime Minister  Al. Tsipras met with Jean Claude Juncker, and then continued the critical discussion on dinner, at the 13nth floor of the Commission building in Brussels, after the previous night's invitation by  the President of European Commission for the Greek PM to Brussles, that came as soon as the official and final proposal of Greece's side for an agreement was sent.

As it has been made known, after 21:30 GMT., Alexis Tsipras and J.C. reviewed, considered, analyzed and determined the terms of the interim agreement between Greece and lenders.

It is indeed been named the most crucial meeting of recent months for Greece, since, finally it IS about an agreement, the bankingnews.gr wrote .

Since 23:30 onwards, present at the meeting of Mr. Mr. Tsipras and Juncker was also the president of the Eurogroup, J. Dijsselbloem, as it is announced .

Actually, this has been a true political negotiation , the bankingnews commented, where Tsipras and Juncker examined in detail  the drafts that have been processed by the Greek government and by the lenders, and are defining the terms of the Interim Agreement.

Negotiations have been characterised critical at most, and the consultation much feverish

According to the Associated Press the President of the Eurogroup, J. Dijsselbloem has been  present "on the role of Secretary " on the Tsipras-Juncker discussions, as he would going to announce the convening of the extraordinary Eurogroup, in case "the two sides would have come to compromise and final agreement"

Instead of that , Alexis Tsipras, came out of the long meeting at 01.00 Brussels' time, saying openly that proposals by the lenders' side will still be rejected, emphasizing though, on the posistive results  of the meeting 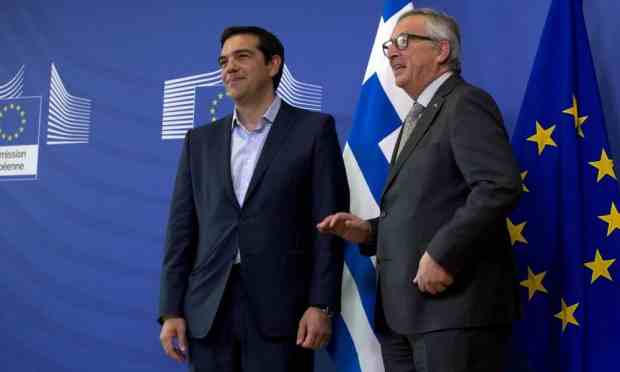 REUTERS: GREECE’S TSIPRAS SAYS WE WILL BE CLOSE TO AN AGREEMENT IN THE COMING DAYS

REUTERS: GREECE’S TSIPRAS SAYS DISCUSSIONS WITH CREDITORS MUST CONCLUDE WITH A REALISTIC POINT OF VIEW 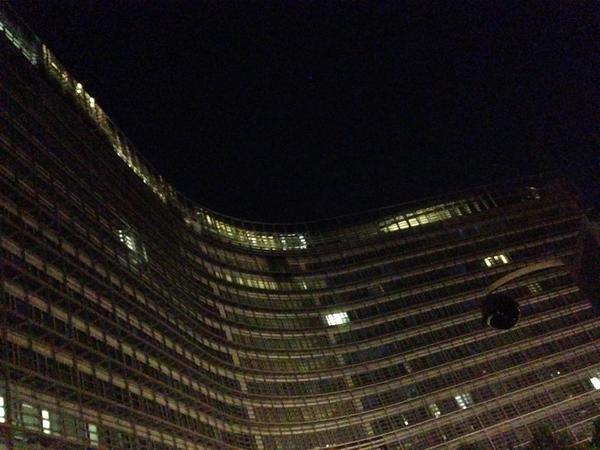 Since the Greek PM arrived in Brussles, on his twitter acccount  lots of Good Luck wishes were  sent for Greece, expressing the hopes not only of the Greeks, but of many other Europeans,  who , as it seems out, invest a lot on Greece's struggle to survive in a Europe of solidarity and social justice 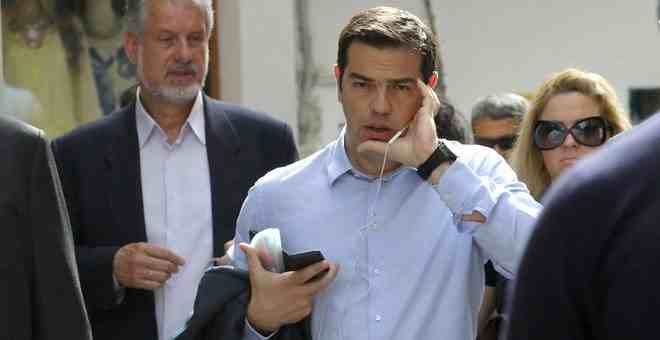 So far, we have not received any comments regarding our proposal, or about any other document, from the institutional partners.

Last night I received an invitation from the President of the European Commission, Mr. Jean-Claude Juncker to go to Brussels to hold talks. In keeping with this positive development, I responded affirmatively. I am going to discuss the proposal of the Greek Government. To explain to him that, today more than ever, it is necessary for the institutions–and especially for the political leadership of Europe–to accede to the realism that the Greek government has been adhering to for the last three months while negotiating the fair requests of the Greek people for the benefit of a united Europe, and indeed, for the people of Europe

We need unity, we must avoid division. I am confident that the political leadership of Europe will do what needs to be done. It will accede to realism. 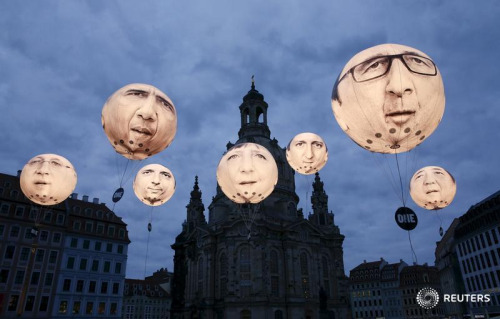 Being probably accurately informed , Prime Minister Alexis Tsipras emphasized on the aim of a Europe United and Not Divided, not only on his departure statements he made . . And not by coincidence, while Tsipras- Juncker meeting was taking place, the guadian  published a German-French proposal for a Europe's Reform

While Greece’s debt crisis has dominated the headlines, two European politicians are looking to the long term -- proposing radical changes to the way the eurozone operates.

German and French ministers call for radical integration of eurozone

German and French politicians are calling for a quantum leap in how the EU’s single currency is run, proposing an embryo eurozone treasury equipped with a eurozone finance chief, single budget, tax-raising powers, pooled debt liabilities, a common monetary fund, and separate organisation and representation within the European parliament.....

[Gabriel and Macron] call for the setting up of “an embryo euro area budget”, “a fiscal capacity over and above national budgets”, and harmonised corporate taxes across the bloc. The eurozone would be able to borrow on the markets against its budget, which would be financed from a kind of Tobin tax on financial transactions and also from part of the revenue from the new business tax regime.

They also propose a new system to handle government debt defaults, so the Greek crisis of 2010-2015 (and counting) isn’t repeated.

But could they go even further?.... 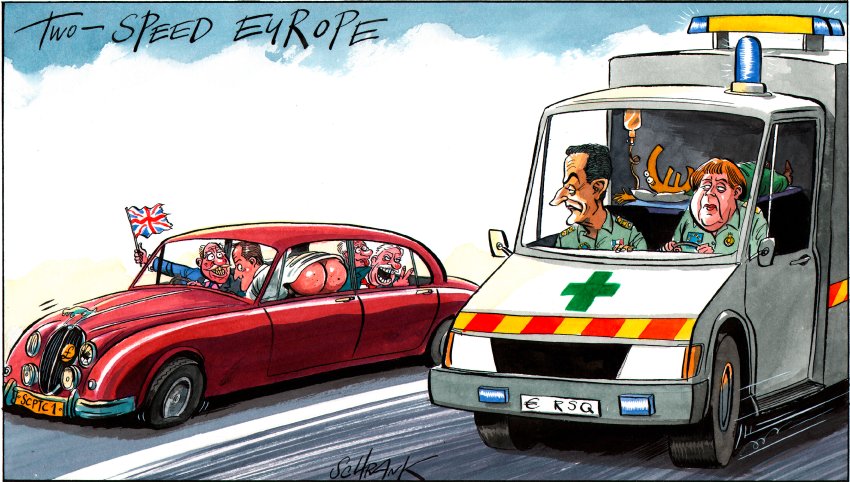 A secret Plan for a Europe of two dimensions was leaked by Die Zeit Newsparer the last days, and was presented as a secret Merkel Reform Plan. Alexis Tsipras , on his article on Le Monde on Sunday May 31, had actually described the prospect of a Divided Europe, for which Greece's case comes as the crucial dilema "which now lies in the European Leaders' hands" 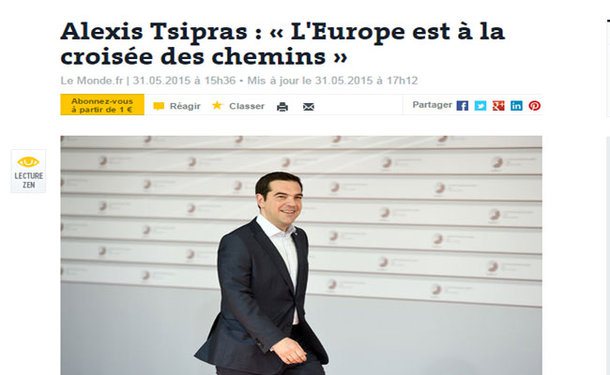 "Greece is the very epicenter of conflict between two diametrically opposing strategies concerning European unity and its future", the Greek PM in his article concluded:

"The first, that aims to deepen European unification , and the second that works for the beginning of the creation of a technocratic monstrosity that will lead to a Europe entirely alien to its founding principles.

"The first step to accomplishing this( second strategy version) is to create a two-speed Eurozone where the “core” will set tough rules regarding austerity and adaptation and will appoint a “super” Finance Minister of the EZ with unlimited power, and with the ability to even reject budgets of sovereign states that are not aligned with the doctrines of extreme neoliberalism.

For those countries that refuse to bow to the new authority, the solution will be simple: Harsh punishment. Mandatory austerity. And even worse, more restrictions on the movement of capital, disciplinary sanctions, fines and even a parallel currency."