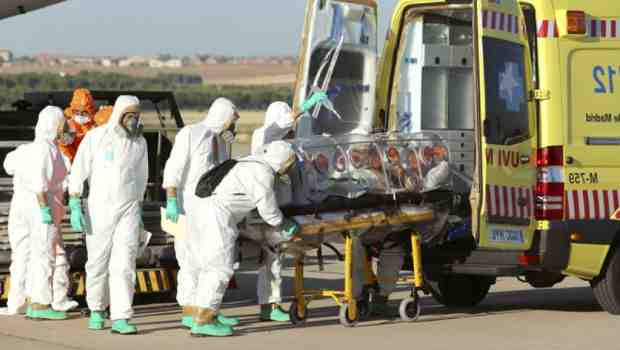 On the Alert have been set the Public Health Emergency Response authorities in Greece at the port of Piraeus while the Greek flagged cargo ship "Magda P" was expected this afternoon with a concerning possible Ebola case on a crew member who was reported with an onset of fever four days before, and a febrile episode, which set on the alarm for the Ebola Emergency Response in Greece.

The Bulk carrier "Magda P" was docking to Piraeus, changing course from its planned Guinea-Ukraine route when the crewmen developed a fever on Thursday 13 November.

"This case does not seem to fit the definition of a suspect Ebola Fever case,”. the Centre said by a Monday afternoon official announcement. However, Greek CDC doctors will visit the ship in order to confirm the epidemiological facts and examine the patient,"

During the morning hours the media had reported that the ship would not dock in the harbor, but would lay anchor offshore until the medical screening would be completed by the Emergency Medical team of the Greek CDC (HCDCP/KEELPNO) , especially trained for the Ebola disease.

:" A case of a febrile episode, with a fever onset on a crew member of a Greek flag boat docking to the Piraeus Port and had sailed on 11/03/14 from Conakry Guinea, was declared to the Hellenic Centers for Disease Control and Prevention, Greek CDC, (HCDCP) early Monday morning

The Greek CDC reported on its Monday afternoon announcement that the Pilipino crew member could not had been in any contact with local residents which may have been sick, or people of the Guinea Conracy area where from the ship sailed ,because nobody debarked from the boat at Conakry Guinea according to the official statement of the captain of the boat , and of the shipping company, the Greek CDC’s announcement defined..

Moreover, the announcement added, the few individuals of local sea men taken on board the ship had been undergone a tight double entry screening sorting on board, both by the medical insurance company of the ship and also the port authorities of Guinea.

According to the outbreak investigation sheet and the maritime health declaration, completed by the crew of the ship, this incident is outside the suspected case definition of haemorrhagic fever Ebola.

However, the medical expert team of the Greek Center of Disease Control and the Greek Nation-al Health Operations Center will visit the ship in order to confirm the epidemiological data and ex-amine the patient.” 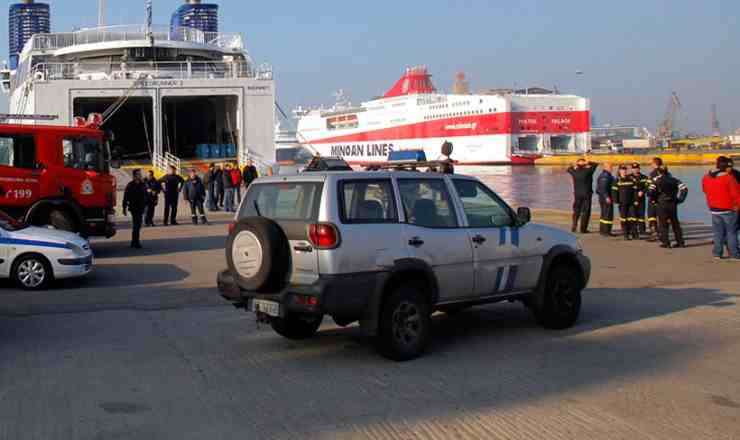 The Ebola Emergency Response at the Ports of Greece . Special Note had been sent for ships sailing to Greece from Ebola affected countires

Since the start of November the Ministry of Health had released new, updated guidelines to enhance the level of preparedness of the ports of the for any possible suspected incident of Ebola hemorrhagic fever

“Given that the incubation period of Ebola virus is 2-21 days, the possibility of introducing in Greece an hemorrhagic fever outbreak through the ship that sail from Ebola affected areas, is considered very likely .” “Sailing from Guinea Conracy Port, for instance”, had said , ironically ,the Ministry of Health Circular, takes a travel time of 10 days. .

The Circular was released on November 3, two weeks before the Magda P incident appeared .

The updated Guidelines’ Circular had focused on the strengthening of preventive measures, Preparedness and Safety, and has been posted by the Ministry of Health Secretariat to the ports of the country, while the training of health and other personnel is ongoing .

Clear instructions are given about the terms and conditions for the management of suspicious incident on board, and the procedures of "tracking" of contacts with other passengers or crew members, as well as the procedure for temporary isolation and transfer of an Ebola suspect incident. 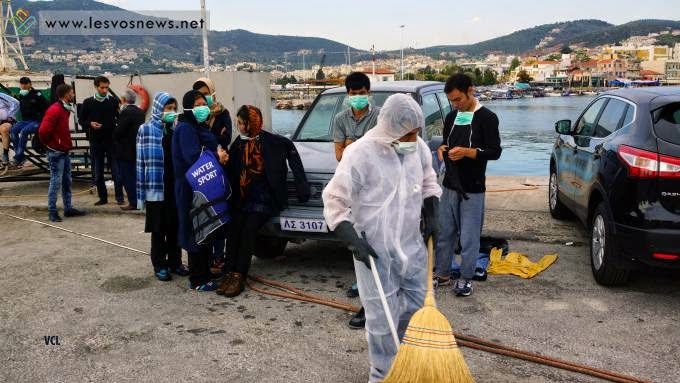