What a mess with Ebola Protection on the the Aegean islands. Worldwide Preparedness reveals on European Borders the so stinky gaps 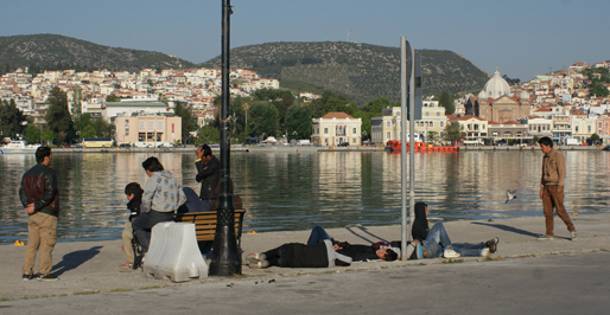 Awareness to everyone who is coming in contact with the illicit immigrants and the immigrant groups will be intensified in Greece, as the country's Public Health specialists announced after a broad meeting at the Ministry of Health for the Ebola Preparedness .

But a completely different reality takes place on the East side of Aegean. As greek2m.org,  since early summer has revealed, illicit immigrants arriving on the islands, many of them from African Ebola hit countries, lie for days on Mytilini's port, Lesvos island's biggest port, live and stay there, obviously unchecked for life-threatening contagious diseases, because the detainee center is not ready to accept them all.

The Maire of the island by letters of distress expresses to the governments' ministers the local community's deep regret, but still, the problem remains, and even harder, undiagenosed immigrants keep travelling among common travelers and tourists to Athens from the islands.

On Monday  Oct 14, days after the problem has been repeatedly dennounced,  the Greek Minister of Health said, talking to RealFM Radio,  that illicit immigrants arriving in Greece, should all be tested as soon as they get arrested.

But the story goes longer. Latest scientific guidelines for the burial of the Ebola victims by the US CDC , shed light on the most stinky of this county's gaps...

Greece for Ebola: Screening should be intensified on the Entrance points

The Entrance Gates of Greece at the airports and Ports of the country will be recruited by additional health personnel, fully updated on Ebola Emergency Response by the Greek Center for Disease Control, while Travelers arriving in Greece from Ebola hit countries, or countries “suspicious” for potential Ebola transmission will be asked to fill a “contact history” questionnaire on their arrival, as to be first screened for potential Ebola infection.

According to their contact and travel history, travelers will be allowed to enter Greece, or will be further medically screened for Ebola virus, and in case of infection, will be quarantined.

What about the Aegean entrance points ?

On a broad Emergency meeting of the Greek Ministry of Health on Friday, October 10, with all the stakeholders involved in the Prevention and Response of Ebola epidemic, the Greek CDC (HCDCP/KEELPNO), and the Emergency Operation Center, it was decided that preventive measures for Ebola virus should be intensified, and that extra special caution should be given on the awareness of people who come in contact with the immigrants, NGO workers, illicit immigrants’ populations, and immigrant groups.

No further information on the possible risks for Ebola contamination through the illicit immigrants’ populations had been announced till Monday Oct 13,in the morning, when speaking on Real fm Radio, the Minister of Health, to Nikos Hatzinikolaou air show, he announced that the illicit immigrants populations should also be screened for Ebola in the detainee centers. But the daily reality on the Fornt line of Greece's trafficking cross-roads, seems dramatically out of this world-wide threatening Emergency  Preparedness, or Control

The latest updated scientific facts of the epidemic, have shown important gaps on Greece’s Safety on the Prevention of Ebola, by the thousands of illicit immigrants, who extensively live and interact with the local population on the Aegean islands and in the Greek cities. 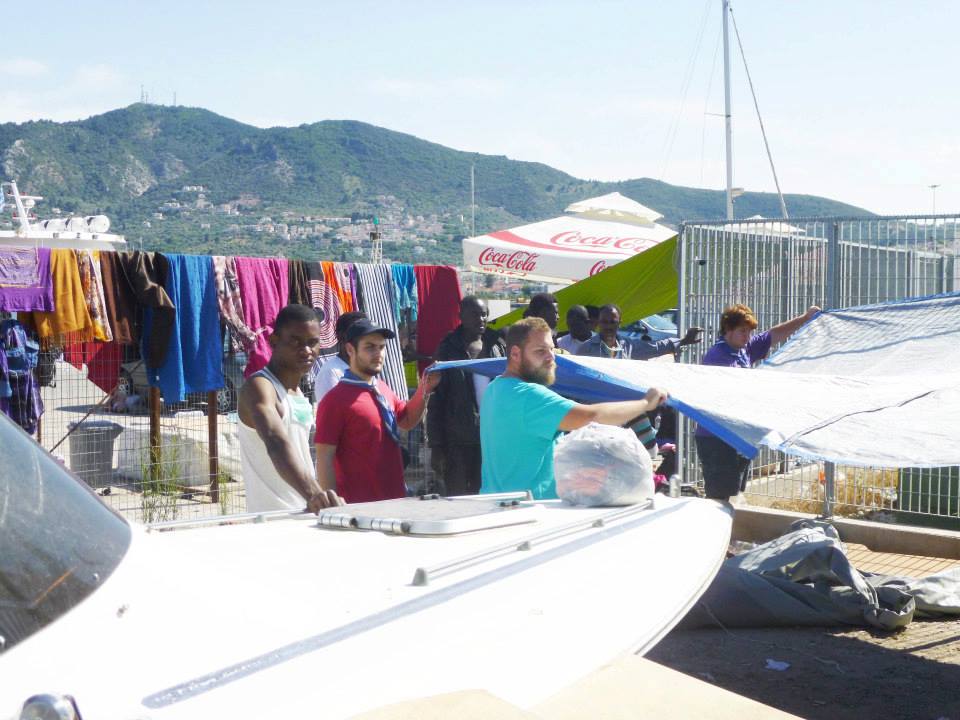 On Thursday, October 9, the new Maire of Mytilini, Lesvos island, Spyros Galinos, sent a furious letter to three ministers in charge, expressing the deep regrets of the local population for the governments’ unacceptable indifference for the hundreds of illicit immigrants, who remain, unchecked for infectious diseases, settled at Mytilini port, as soon as they step out of the traffickers’ boats, many of them from origin countries hardly hit by Ebola, and so many other infectious diseases.

Unfortunately the most scary version of this story in Greece is just starting to be revealed. On Lesvos island, specifically, there is an open issue with the sewage dumps that are not properly evacuated, on the exact points of the illicit immigrants’ shelters. On the same moment, throughout the town of the island, wells of the sewerage system remained during the whole summer not properly sealed, stinking all over the city a repulsive stench . 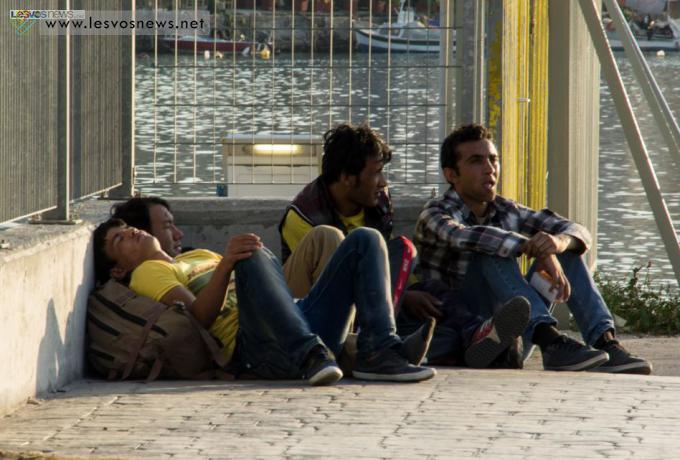 How responsible to the Global Health Village, the Greeks, and the travelers and tourists, could this situation, by the authorities’ indifference, be?

The latest updates by the US Center of Disease Control emphasize on the strict guidelines by which the body of the first Ebola victim in the US has to be buried.

According to CDC documents, only people trained in handling infected human remains and wearing proper safety gear should touch or move any Ebola-infected remains. Handling and transportation should be kept to a minimum and an autopsy should be avoided unless absolutely essential.

The body should not be washed or cleaned in any way and should be wrapped in plastic to prevent contamination. Following the removal of the body, the hospital room should be thoroughly disinfected. So long as the body is safely shrouded in plastic, any transport drivers do not need to wear protective gear. Once the body arrives at the mortuary, the agency does not recommend embalming. The shrouded body should be placed directly into a hermetically sealed casket by trained mortuary personnel wearing head-to-toe protective gear. The remains should then be immediately buried or cremated. If Duncan’s body is to be transported back to West Africa, the family will need to comply with the regulations of the country of destination, and will have to be coordinated in advance with U.S. health authorities.

Apart from the Emergency Preparedness for Ebola that is held by the truly experienced on Emergencies Greek CDC, no one has said till today a word  about the possible fears of illicit immigrants reaching the Aegean islands to be infected by Ebola , as if this possibility could not even exist . But how come, this awareness to exist even in Albania, for immigrants arriving there from African countries through Greece, and the Greek authorities not to have said since now a single word .

In August 15, the Newsweek Magazine revealed that Albanian police had detained 40 illegal immigrants from Africa and five of them had been kept under quarantine after exhibiting symptoms of Ebola, as newspaper Vecer had reported, the Newsweek had wrote.

Does EU, really protect  European citizens from Ebola entering our borders ? Go to our previous story by Greek to me !

For all the international updatation on Ebola Prevention and Greece's Cross-road Health topics, visit our greek2m.tumblr.com