A completely different result from what the pre-election polls had forcasted, came out on Sunday May 18 from the first round of the Local elections in Greece, shaking, obviously this time, the means of credibility of the greek media landscape as a whole , and also of the manipulation of the public opinion such "prokat" pre-election polls may finally achieve, contributing to pre-shaped final results.

The Greek public opinion becomes another experiment on this special time, and has been "directed" and "diverted" multiple times before, but now this is on its peak . What is myth or lie, and what is true, Greeks don't have even the priviledge to ask anymore, after the extensive confusion the crisis years brought in  their minds .

Since a long, dark  period of time, that turns out to be much longer than any Greek would now like to realise, the minds of the Greeks , as a mass, were constantly depreciated " in cold blood ". This result did not come out due to corrupted ethics of today's Greek journalism, and only. It was the system behind, on backstage, and its perfect "mechanism" that both succeeded to handle the common sense in this country: opinion leaders, media owners, the journalists , and primarily the mass .

On a brave interview to Alzajeera, Aris Chatzistefanou, a journalist, film director and writer, explains the phenomenon and its mechanism. Aris was fired for what management called economic reasons, but he claims it was because he refused to toe the editorial line on the media's pro-austerity narrative. Click here to watch the full interview in English

"The Listening Post's Marcela Pizarro sat down with Chatzistefanou in London to get the story behind the coverage of the austerity push, the Greek media's own financial crisis and the cumulative effect on freedom of expression in the birthplace of democracy." writes the Alzajeera,on the Dawn of European elections . 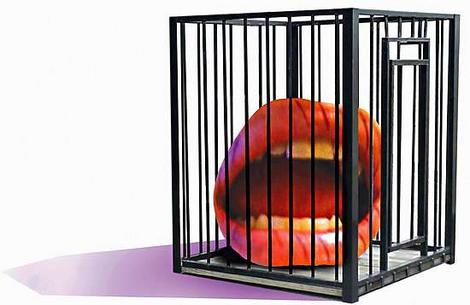 The Greece's blackholes on basics: Truth, Decision and Freedom of Speech

According to the Freedom of Press Index 2014, of the FreedomHouse organisation Greece is out of the standards of the Western World and has dropped in the rankings because of the government's decision last year to shut down the country's public broadcaster. The report also cites increased government surveillance of Greek journalists as a reason for the drop. Greece stands among the partly free countries of the world and not the free ones .Citing the desire of governments, especially authoritarian ones, to control news content as the main reason for the regression, the report suggested that there were positive developments in a number of countries, most notably in sub-Saharan Africa but that the dominant trends were reflected in setbacks in a range of settings. 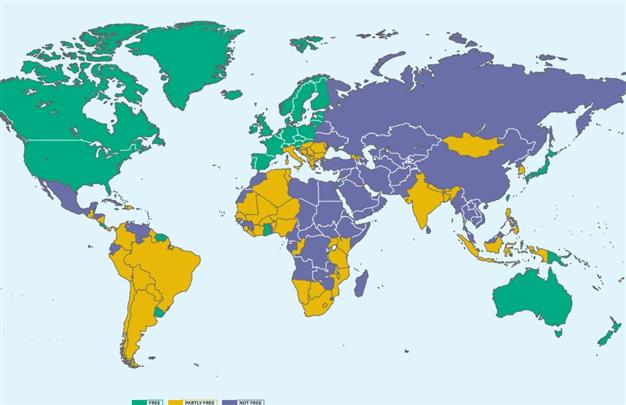 Still, the violation of Information in Greece, goes even further. Beyond the political lies told officialy through the media , on which the public opinion is used to, after a couple of decades, there is the Right of the citizens to be informed on issues of life-threatening situations and matters. But neither on this , the disturbed democracy governors have shown any sensitivity. 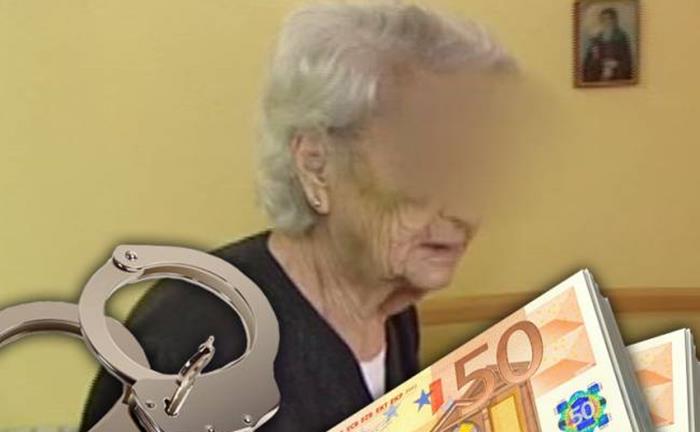 Has the public opinion ever realized in Greece, how we all became so poor, as did the country as a whole, and will be, for dozens of years,?

No, no one of the Greeks would answer this question if you asked today . First, because noone of the politicians ever dared to explain . Second , because it is a society-in-crisis, under a state of personal panic for millions of Greeks, and noone ever did the minimum to soothe this panic. On the contrary, the Greek News, since 2009, produce more and more chaotic information .

Has anyone told, during this globally unique national crisis, to the Greeks, simply " what to do " to survive this shock of their lives, as it is supposed to be done by the Crisis Communication Principles of the Modern World, as a minimum duty of the realtime governors towards their societies?

Yet not .No survival guidelines have ever been announced to the Greeks, on the contrary . There are so many examples where the state and the media did the opposite. Guidelines given and promoted through the media did have destroyed lives, families and entire savings, as f.e. happened with the 15,000 small bondholders who lost their life savings in the 2012 haircut . A 17th bondholder who was financially destroyed by the writedown killed himself last week.

Despair is enough . Let the Greeks self decide their suicide

Among these 15.000 heart wrenching stories one is the case of Yannis, who along with his wife lost all their savings from 30 years of work as migrants in Germany. For decades the couple lived in a one-room flat with an external bathroom, and the wife worked a second job, allowing them to save €80,000 that were invested in bonds and vanished overnight ", writes enetenglish, which has produced a video of the fatality of these stories aiming to intervene to Council of State (the country's supreme administrative court) and to the UN Human Rights Committee, as part of a combined domestic and international legal campaign to secure the return of individual bondholders' money. 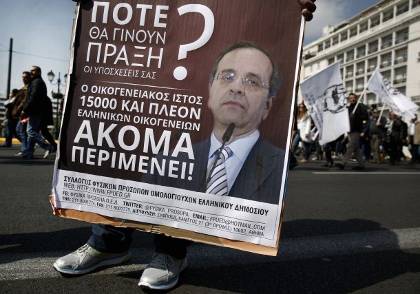 A small bondholder holds a poster with an image of PM Antonis Samaras during a rally outside parliament in March 2014. The poster reads: "When will you turn your promises into actions? Over 15000 families are still waiting!" Before the 2012 general elections that brought him to power, New Democracy leader (and now Prime Minister) A.Samaras, had pledged to compensate the small bondholders, but nothing has been done in that regard for the last two years. ( Photo: Reuters), by enetenglish Click here for the enetenglish article

But the Prime Minister and his government are absolutely sure that They really do the best for the Greeks and their luck, and as it seems also, that everybody should believe that too, as for instance the President of the United States. On a powerfull article of the Press project titled " Misrepresenting Obama, to sell Samaras" one finds these shocking report , and still, keeps trying to understand...

Political TV ads, by their very nature, present a slanted view of reality. But in its latest campaign ad New Democracy has taken massaging the facts to another level, misrepresenting even the President of the United States.In the Greek subtitles the translation starts with a capital letter and ends in a full stop. According to the ad, Barack Obama said a full sentence and that sentence was, ‘The Greek people see a light at the end of the tunnel.”

It may surprise some that the leader of the United States of America would take it upon himself to speak on behalf of the Greek people when talking about lights and tunnels.....Especially given that the remarks were actually made in August of 2013 - that is before any primary surplus was achieved (or concocted as many maintain), and long before Greece’s return to the markets.

But he did not.What the US President  really said was, “And I think Prime Minister Samaras is committed to taking the tough actions that are required, but also, understandably, wants to make sure that the Greek people see a light at the end of the tunnel.” 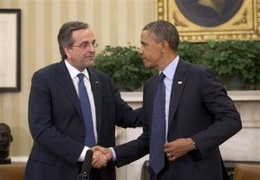 Saty connected, to surprise yourself by more and more News about the harassement of the Freedom of Speech in Greece.

Just Greek to me !