The bodies of seven undocumented migrants, among them two children, were discovered in the Aegean Sea on Tuesday, March 18, as by the local news and the Greek Shipping Ministry was announced.

Authorities said they had recovered the bodies of seven immigrants, including two children, who drowned overnight when a boat sank in the eastern Aegean Sea, 2,8 miles ofF Lesvos island, after travelling illegally from nearby Turkey.

The Merchant Marine Ministry said eight other people were rescued near the island of Lesvos. Two of the dead were found in the water off the coast of the island, while the other five were recovered from their semi-sunken boat. The mayor of the island , Dimitri Vounatsos, empahsised , talking on air, that the sea was calm, but the boat sunk accidentally due to panic induced among the migrants’ group when they were approached by the Greek Coastguard.

For one and more days, the authorities have been still searching for two more migrants believed missing from the boat. Three coast guard vessels, a helicopter and private boats were involved in the search.

The migrants’ nationalities were not immediately known, according to the Greek news and the Associated Press, but the mayor revealed some hours later that they were Syrians.

Sea tragedies occur quite often in the Aegean Sea, as thousands of migrants attempt to enter Greece illegally from its neighboring countries each year.During the past weekend the Greek coastguard detained 64 undocumented migrants off Lesvos island’s coasts

From the early start till October 2013, 4,409 migrants attempted to enter Greece through Lesvos island, which stands just six miles away from mainland Turkey, the BBC reported on its video documetnray. Of those, 2,600 were arrested on Lesvos island and were held on the detainnee center. “Non-Syrians stay for around 25 days there before being given papers that order them to leave Greece within a month. Syrians, due to their country’s civil war, are released more quickly and allowed six months in Greece” adds the BBC.

But after Polio striked since November 2013 as an epidemic cluster on Syria children, the WHO and the ECDC orderd extra vigilance and caution for the European countries importing Syrian refugees, and that means, primarily Greece, and mostly Lesvos. By the BBC report, “Lesvos Aegean island, the Greece’s third largest, a place of extraordinary natural beauty – but now one of Europe’s key immigration frontier” as the BBC notes, “holds the first spot on the European immigration inflow ”. And it is there, local authorities reports say, where the half, and more, of the immigrants entering Greece on the latest months are Syrians and Syrian families.

It is now the Greek CDC,(HCDCP), under a nightmare surround of a Health system crumbling to pieces day by day due to austerity measures, which is called to shoulder this world’s Urgent responsibility, and it’s not the first time for Greece. It is, though, the first time in Modern world, that a country impoverished on such a level Noone OF the modern world still can imagine, to hold the Unbearable of protecting the safety of the Global Health Village, while nobody FROM this country, -except the very experts-, at least cares for that!…….

“Due to the special peculiarities of our country, such as the immigration and the refugees inflow from areas as Pakistan Afghanistan, Nigeria and recently Syria, where polio is endemic“, the Greek CDC announced, “surveillance on Poliovirus has become more than ever urgent, as it is the urgent need for the strengthening of immunization programs in populations with low vaccination coverage, as the Roma, gypsies and illicit immigrants.” 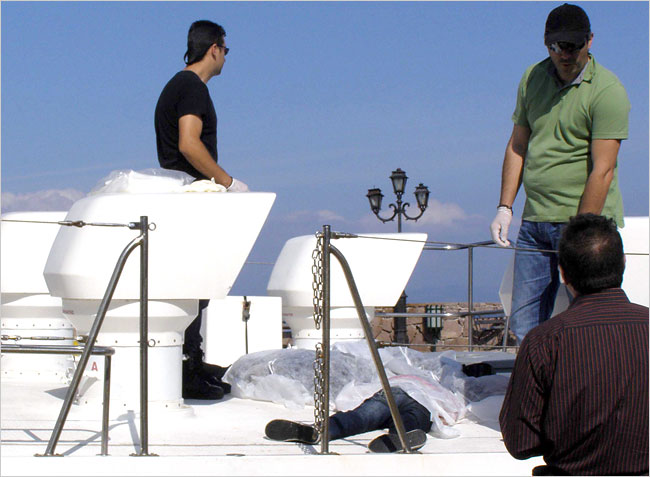 It is less than five years ago, when Greece was proud for its Public Health shield, that could, really guarantee for the biological safety of the guarding Gate of the West , a Gate that this country happens to be since thousands of years, as a geographical spot.

Even by embracing the thousands of illicit immigrants since the start of the millenium, Greece was managing to withhold critical epidemics, like also the pandemic, by Alert Action Plans, scheduled and elaborated by the Greek CDC, and by even paying for the expensive therapies of the immigrants whener -and for whoever of these was found infected by communicable diseases (such as the HIV since the very early days ). And, indeed. Greece was standing proudly towards the New era of the Global Public Health Alert, which happens to light up now in the around Greece area, in Eastern Mediterranean, were nations, cultures and human masses merge on these days in a flammable pot. Greece holds the scrap of this melting pot, the 90% of the illicit immigrants who enter Europe,( by FRONTEX 2012) on the crossroads of East and West , North and South, but by keeping also the keys of Europe, and the guarantee of Public Health Safety on behalf of Europe towards the West. And here comes the Polio .

The Greek CDC (HCDCP), -by any cost that political efforts demand to convince a chaotic and paralysed state by its governors, as Greece is at the moment- has maximised since October 2013 the National Alertness and Preparedness efforts to prevent an outbreak of polio in Greece, which will enter Europe on the same moment. Epidemiological , laboratory and environmental surveillance of poliovirus have been strengthened on parallell with the intensification of immunization status monitoring of infants, children , adolescents and adults, and the completion of their vaccination against polio, in both the general public and the special populations with low vaccination coverage, such as gypsies, mobile populations, migrants, refugees and asylum seekers.

Also, the Greek CDC has informed by all the up-to-date documentation, following the Global Travel Health Principles, the ambassadors of countries where polio is endemic for the need to vaccinate their citizens in order to obtain visa to enter Greece. The Greek CDC (HCDCP) also issues Guidelines on vaccination for travelers to and from countries considered high risk on poliovirus.

Besides, the Greek CDC ( HCDCP) has already introduced since March 2013 the polio vaccine in the scheduled action of the immigrant reception centers at the northern land frontiers of Greece, Evros and Aegean islands, of course.

Still, it remains a lot to be done to avoid an Armagedon. To learn why Greece’s Armagedon is in the air(!), go to our earlier full story by Greek to me !