Cynicism or Politics? Greeks dying from Pandemic Flu this year . Here are the facts 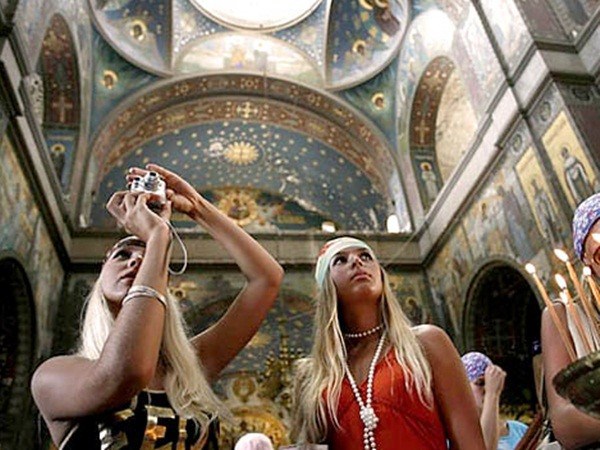 The number of deaths  due to the H1N1  pandemic flu virus in Greece continue to soar and are already more than double of the total of last years's season, by 101 vicitims, all if them Greek citizens so far,  according to the  Greek Center for Disease Control (KEELPNO) announcement on Tuesday, March 18. The number of flu-infected patients that are at  currently hospitalised in Intensive Care Units is 46, reaching a  total of 276 people who required so far ICU hospitalisation, in comparison to 108 in total ICU patients last year.

The average age of the flu death cases is around 56 years, announced the Greek CDC, by most of the infections conserning people under the years of 40, surprisingly differently  from  the H1N1 infections cycles that are noticed in Greece since 2009.

Doctors remind to all Greek and foreign citizens living in the country or visiting, that hospital visits are always  not considered wise unless it seems urgently necessary, - due to the paralysis of the Health system in Greece,  as to avoid potential other hospital infections, and loosing valuable time to combat the H1N1 infections. But anitviral medication is considered Urgent, emphasize the Greek CDC specialsts, especially during the first 48hrs of the infection, when the symptoms of cough, headaches, body acjhes, and more importantly fever higher than 37,5 occur.

The Greek CDC has taken care so that antivirals are adequetly found in the Pharamacies, but also in all Public Hospitals, are in adequate quatities, so if ayone does not find them at the Pharmacies, would be ablwe to find them in the hospitals, without being necessary to be examined in the emergency rooms in order to be provided Tamiflu.

Τhe majority of patients who were  infected and died by the H1N1 this year in Greece, according to the Greek CDC, were not vaccinated against the flu, although they were belonging to the vulnerable population groups suffering from chronic health problems, experts say, adding the epidemiological expectation  that the flue season has overcome its peak and will end up around mid April

According to the Greek CDC (KEELPNO) epidemiological reports, this winter there are recorded the most of H1N1 strain victims in comparison to the last three flu seasons in Greece, and  also the most severe cases that needed to be hopsitalised in Intensive Units

But the severe, and milder, H1N1 cases this season occured mostly from February and on, and the scientific prognosis, according to the Greek CDC announcement, expects the epidemic to last till the April now, even though two weeks before this prognosis was for the end of March.

Are Greeks and the greek households prepared on this moment  to avoid further infections, severe complications and more deaths in the community, and also, is the Health System fortified adequately to intercept further deaths ?

Overall prognostics say no .Here are the facts:

Though, he prohibited any photograph or video taken in the Public Hospitals by patients,visitors or journalists, by rules that want anyone who dares to do that, (even for his own "personal history of life -or- death- photo collection") to be arrested by the hospital security and then by the police... ( fact driven by the writers' personal experience at Evaggelismos Hospital on February 19th, time 17.30)

The Greek government and the troika are “in denial” about the scale of the problems created by unprecedented cuts in health spending in the southern EU country according to the experts, says the Euractiv, March 3

In the leading medical journal's report, the Lancet, academics from the universities of Oxford and Cambridge and the London School of Hygiene and Tropical Medicine say that the Greek government is wrong when it claims that public-spending cuts have not damaged health.

The humanitarian group Doctors of the World has previously revealed that while most of the patients who receive free treatment at the group's clinics have been migrants, almost half of the patients have been Greek citizens over the past year, due to the financial crisis.

But what about the Emergency Response of the greek government to contain an epidemic, as the deadly flu is, during this historically fatal period, the State's  Response by a government's  will and abily to protect its citizens' Human Right to life?

Is it legitimate for a government of a "western" country  to let its citizens die ?

Even though Greece had successfully survived the Pandemic Year back in 2009, under the Guidelines and Action Plan of the Greek CDC Crisis & Emergency Response, this year Greeks, -like being placed in another, thrid-world Public Health Village-, had the chance to first hear about the need of flu vaccinations only late in February.

Is this the Greek citizens'  responsibility?
It is absolutely sure that the Health Minsitry was, before this flu season, already aware of the official survey that was carried out by the National School of Public Health, according to which
Nevertheless, the Ministry of Health waited until end of February to recommend the Flu shot.

The deputy Minister of Health Zeta Makri announced on Friday, February21, that people should go to the national hospitals for a flu shot." She is confusing flu shot by the Tamiflu therapy!" answered on air the President of the Attiki Pharmacists Association on Real fm, on Sunday 23 at the "Teddy Boys" Radio Show of Akis Pavlopoulos and Manos Niflis. "As a minister of Health, does she know at least  that the immunization period starts form September and lasts till November?" , he added.

The panic induced statement of the Deputy Health Minister revealed to the greek audience and the international village how much confused the Public Health System today is, and how much more confused  the ministers might be due to their felonious ignorance, as to totally dissorient the public.

Awareness, Prevention and Commucation do save lives, sometimes better than the best and earliest therapies.

The top scientists of the country, who serve as the Advisory Board of the Greek CDC, attributed the alarming upsurge of the influenza victims to the low vaccination rates provoked mainly by this year's insufficient campaigns to raise public awareness due to lack of funds.

"The investment of funds into public awareness campaigns and prevention is fundamental to safeguard public health," empahsised on a Press meeting the Greek CDC's President Tzeni Kourea Kremastinou, while Greek doctors working in state hospitals protested against cost-cutting reforms in the sector.

by moodhacker, Greek to me !