Greece's own Armagedon... is in the air

By Polio risk looming over  Europe, Greece is fetching the unbearable burden of  Protecting the Western world's Health Safety, in a more than tragic Armagedon scenario 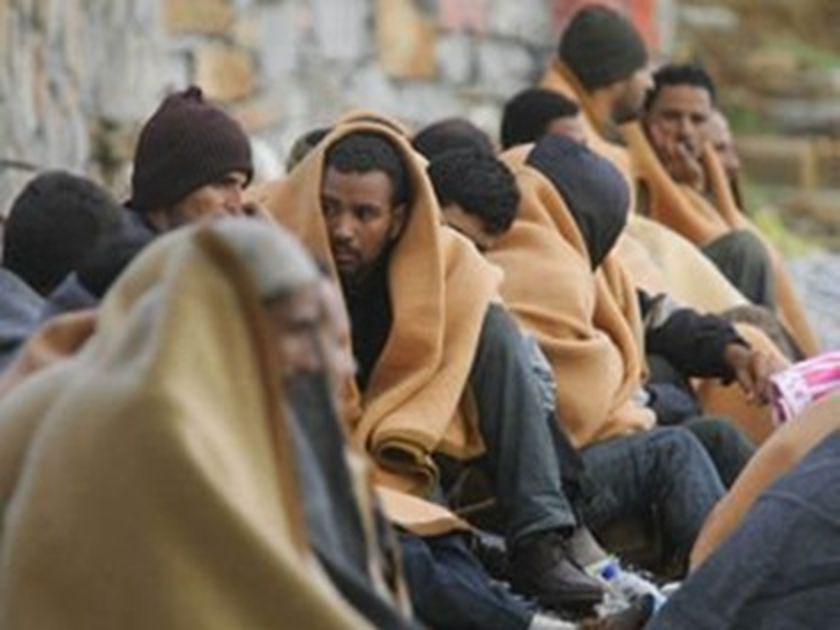 It is less than five years ago, when Greece was proud for its Public Health shield, that could, really guarantee for the biological safety of the guarding Gate of the West , which this country happens to be since thousands of years as a geographical spot.

Even by embracing the thousands of illicit immigrants since the start of the millenium, Greece was managing to withhold critical epidemics, like also the pandemic, by Alert Action Plans, and by even paying for the expensive therapies of the immigrants whener -and for whoever of these was found infected by communicable diseases (such as the HIV since the very early days ). And, indeed. Greece was standing proudly towards the New era of the Global Public Health Alert, which happens to light up now in the around  Greece area in  Eastern Mediterranean, were nations, cultures and human masses merge on these days in a flammable pot.

Greece holds the scrap of this melting pot , the 90% of the illicit immigrants who enter Europe**, on the crossroads of East and West , North and South, but by keeping also the keys of Europe, and the guarantee of Public Health Safety on behalf of Europe towards the West. And here comes the Polio .

After Polio striking lately as an epidemic cluster on Syria children, the WHO and the ECDC orderd extra vigilance  and caution for the European countries importing Syrian refugees, and that means, primarily Greece.  On today's  BBC report, Lesvos Aegean island, the " Greece's third largest, a place of extraordinary natural beauty - but now one of Europe's key immigration frontier" as the BBC notes, "holds the first spot on the European immigration inflow ". And it is there, local authorities reports say, where the half, and more, of the immigrants entering Greece on the latest months are Syrians and Syrian families

This year alone, 4,409 migrants attempted to enter the island from mainland Turkey - just six miles away of Lesvos island, reports the BBC and  2,600 of those were arrested on Lesvos island and are held on the detainnee center. "Non-Syrians stay for around 25 days there  before being given papers that order them to leave Greece within a month. Syrians, due to their country's civil war, are released more quickly and allowed six months in Greece" adds the BBC..

The News for Polio threatening to enter Europe and re-emerge,  sounded like a bomb in the ears of the "serious" Public Health officials, while so many others, politicians, governmenetal authorirties or even the public, don't even have the luxury to realise that  after malaria, -which reappeard in Greece after 40 years -, polio now, could  be the final tumbling of Greece to the ... standards of the third world.

"Due to the special peculiarities of our country, such as the immigration and  the refugees inflow from  areas as Pakistan , Afghanistan , Nigeria and recently Syria, where polio is endemic" the Greek CDC announced, "Surveillance on Poliovirus has become more than ever urgent, as it  is the urgent need for the strengthening of  immunization programs  in  populations with low vaccination coverage,  as the roma,  gypsies and illicit immigrants . The Greek CDC (HCDCP) has maximised the national Alertness and Preparedness efforts to prevent an outbreak of polio in Greece.  Epidemiological , laboratory and environmental surveillance of poliovirus have been strengthened on parallell with the intensification of  immunization status monitoring of infants, children , adolescents and adults, and the completion of their vaccination against polio, in both the general population and the special populations with low vaccination coverage, such as gypsies , mobile populations , migrants , refugees and asylum seekers.

Also, the Greek CDC has informed scientifically, on the Global  Travel Health  Principles the ambassadors of countries where polio is endemic for the need to vaccinate their citizens in order to obtain visa  to enter Greece. The Greek CDC ( HCDCP) also  issues guidelines on vaccination for  travelers to and from countries considered high risk on poliovirus

Besides, the Greek CDC ( HCDCP) has already  introduced  since March 2013 the  polio vaccine  in the scheduled action of  the  immigrant reception centers at the northern land frontiers of  Greece, Evros . 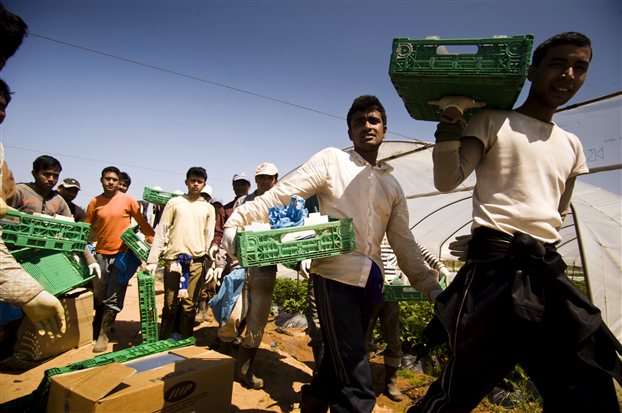 Unexptedely successful, though, despite the hard crisis- hit Public Health Greek System, has been proven to be also the elimination by the Greek CDC of the locally acquired infections of malaria that occured during the last three years, which dropped from the numner of 40 locally acqrd. cases in 2011 to 19 loc.acqrd. infections in 2012, and to two ( 2) locl.acqrd. infections so far in 2013,  an impressive decline of infections in cases with no travel history which was acheived through the community ιinterventions in the local greek areas where the cases had occured due to the extensive labor chains of immigrants deriving from Afganistan India ,Indonesia and Pakistan were malaria is endemic .( visit our Malaria in Greece Page)

Even though similar progress has been achieved in diminishing  the West Nile Virus infections( visit our West Nile in Greece Page), still, Greece's Armagedon stays on the Alert.  The West Nile Virus has caused many dozens of  deaths since 2010 in multiple areas, and has infectected most of the mosquito  population  in Attca region and elsewhere in Greece. In 2013 the cases were much less than the one third of the 2010 ( 86 laboratory confirmed WNV cases in 2013, 161 cases in 2012, 100 cases in 2011 and 262 cases in 2010). But as the Greek CDC has announced, common mosquitoes are infected by the WNV, and despite that, even this year also,  the air-spraying programms were critically delayed, due to the Response Paralysis that the austerity measures have brought to Public Health

And even worse,  a recent research analysis poses an urgent  global threat to the Public Health Village, from this greek little corner of the earth.

According to a recent study the West Nile Virus outbreak that reached its peak in 2010, is now associated with  the presence and the frequency of hybrids between molestus and pipiens forms of Culex populations at certain areas in Northern Greece according to a researcher at the University of Crete who announced that the the hybrid populations were significantly related to the increased numbers of WNV cases in humans, in 2010.

"These mosquitoes are epidemiologically extremely dangerous because they feed both from birds and mammals, fact that increases the risk of direct transmission of the virus from birds (natural reservoirs of the virus) to humans said the Director of the Molecular Entomology Lab of the University of Crete Yiannis Vontas,  who led  the greek part of the  international study. "The presence and the evolution of the hybrids populations in other parts of Greece and the possible association of them with the WNV infection cases recently reported in Athens must be necessarily investigated and confronted,"  he concludes.

Related stories :Illicit immigrants' Camps: A Warehouse of souls Business, made in Greece

Common mosquitoes in Greece infected by the WNV. The 20 top high- risk areas by the Greek CDC