Tsipras gets 5,5%+ in voting intention and accuses Samaras' government for threatening Democracy 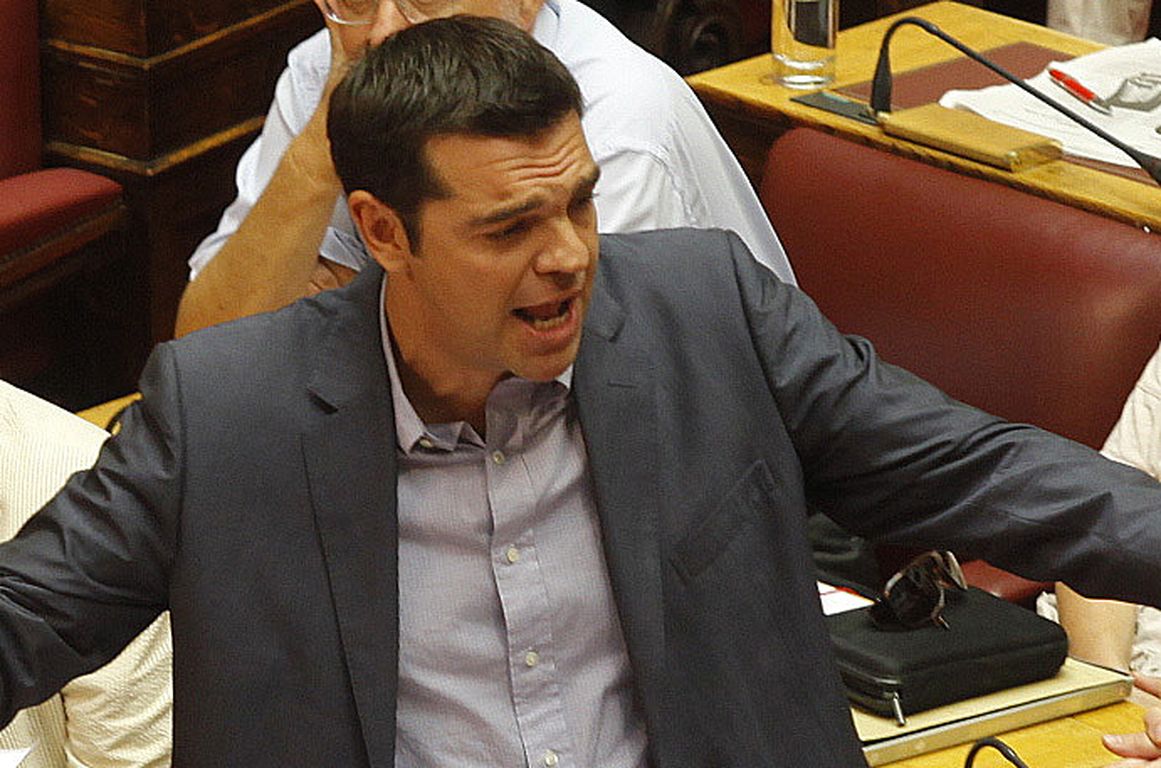 A gap in polls that reaches even the 19% between the left party SYRIZA and New Democracy , the government's party, appeared on the University polls that were announced on Monday October 21, by the university research that was conducted during the last period in the Region of Attica , including the latest days during which Prime Minister Mr. Samaras and his ministers claimed to be tenacious towards TROIKA for no more austerity measures to be taken for  Greeks. In general in the Region of Attica, SYRIZA holds more than 5% difference from the government's  party in the intention of voting, if the elections would be held today, as the research poll defined.  The professor of Athens University Epameinondas Panas presented the research for the intention of voting  in  Attica Region  as follows:

Especially in the first Municipal Departement of Pireus, New Democracy is hanging on the incredible percentqage of 11,1 % by SYRIZA reaching the 29,8% , where, at the same time , the same, exactly, percentage as the government's New Democracy, took the far-right Golden Dawn Party accused by the governmement as the Neo-Nazis, named criminal extremists,  and put in Jail after the murder of the left party rapper Pavlos Fyssas. Even though the murder of Fyssas took place in Pireus, the greek voting intetnion seemed to move far away from this governement , since the wounds and the terror of the crisis -damaged  Greeks' lives  is more intense these days than ever .

" The government is trapped in the memorandum policy of austerity and destruction", SYRIZA leader Alexis Tsipras said on Monday, accusing the governement for  leaks to the press about so-called negotiating with the troika , which , he said cannot  by any means reverse the subordination of Greece to its lenders and the memorandum's commitments.

"This is  a finished government that is rotting relying on foreign crutches ," said the president of SYRIZA , Alexis Tsipras last weekend  at the meeting of the central committee of Syriza party.

"Democracy is  undermined. But the government , as the trustful contractor to the foreign lenders has to complete its catastrophic  anti-Greek project that supports the international usury and internal speculation. He have to expect the worst and treat it with equanimity and democratic persistence , "said the president of SYRIZA.

"The government of Mr Samaras is trying to avoid the election, but they will not succeed .They can  no longer run their plans for the total  dissolution of  the greek society ,since they have not  the slightest consensus from the public anymore ,"Alexis Tsipras said . " They become every day more eroded and more  prone to authoritarianism . The more it is  revealed they can no more hold their thrones, the more dangerous they become  for democracy itself "