Illicit immigrants' Camps: A Warehouse of souls Business, made in Greece

Kept by dozens in boiling boxes, dying by diseases, untested , forgotten by the states and a whole european continent and  by any Human Right, on a border of  NO LIFE 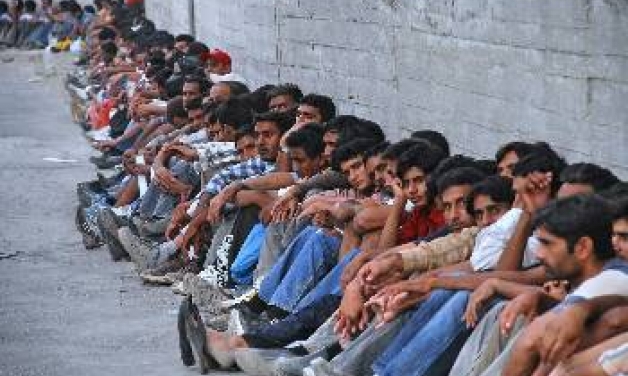 Greece doesn't know how many immigrants are in the country. How many came,  how many  left. Often, the authorities don't know either, where immigrants that are arrested do come from. Unknown idedinty , unknown trafficking paths, unknown numbers, unknown country of origin.

That's the news that popped up in the local greek media  these days after the protest of the immigrants detainnees at the Amygdaleza Camp near Athens .

The Police is still hunting since Saturday night ten or more escaped migrants after the clashes and at riots at the detention camp that left 10 officers injured.

The Greek Police said that eight Pakistanis and two Afghans were still unaccounted. Another 14 migrants from Pakistan, Afghanistan and Bangladesh were caught near the camp where they were being held The riot broke out late Saturday, with detainees setting fire to mattresses and throwing stones at their guards. The unrest started when the detainees were told that their stay would be extended to another 6 months instead of one year, period for which most of the immigrants are already kept there , under conditions that seem impossible to bear 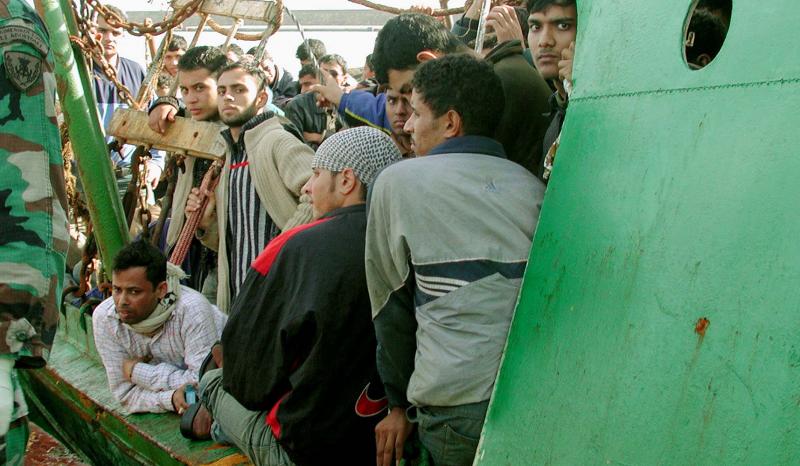 "They are living in these containers, whith room temperature above the 50 Celsius,( 122 Fahrenight) , since the outdoor temperature is 35 degrees C (95 Fahrenight). The had each right to prostest", said the Mayor of Amygdaleza talking on Real fm Radio, and commenting that "these are living conditions unbearable even to animals, not simply people".

But the cost of living in these hellholes my be paid over 120 Euros per detainnee ", dennounced on Monday the opposition party SYRIZA, emphasizing that the real cost per person is less than 15 euros.Their food is garbadge for anyone that may come to check. adds SYRIZA , and asks the governement who manages these budgets and where do they go. On the same moment the mayor of Amygdaleza spoke clearly for a big business there, "made in Greece" .

The food and more other services are assigned by direct awards to private companies, and delivery catering by non transparent procedures, the mayor said . 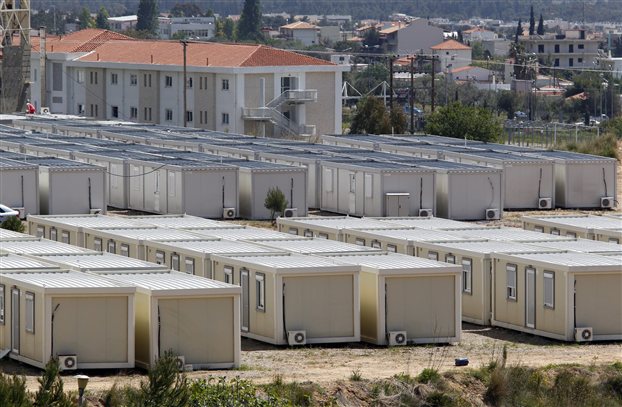 Amygdaleza is one of the few detention centres set up since last year, in Attiki Region to assist in the repatriation of undocumented migrants and h 1,600 currently held there..

Several Rights groups claim that migrants have been subjected to abuse in the camps by the police and also that are denied proper health care.In July a leftist group reported the death of an Afghan detainee from a lung infection . According to the report the guards had allegedly ignored him as a pattient for months.

But for Greeks themselves by the  Immigrants among them, even the term of Human Right  fades out  in an everyday tragedy feeling, that truly deletes, finally,  what the Human Right is.

On Monday night, 12 August, politicians dennounced on Kontra Channel News that the government dares to cover by less that 35 euros per day  the Greek dissability patients for their accomodation on Health Care settings. That's humiliating by the most cruel manner the Moral and the Courage of the Greek people, said the opposition to the government parties' politicians.

That's shooting any meaning of National Ethics, they added, and emphasized the comparison between  100 and more Euros / detainnee/day on the Immigrants camps, to the 35 Euros to the greek dissability patient who  has worked all his life , is disabled, ill , has paid his  insurance, and is covered now by the Greek Wellfare less than the garbadge of the illicit  immigrants at the detention camps.

Greece is more than a decade the primary point of entry into the European Union for migrants and refugees fleeing war-torn and impoverished countries in Africa, mainly North Africa and the countries of Arab Spring, the Middle East and the Indian subcontinent. 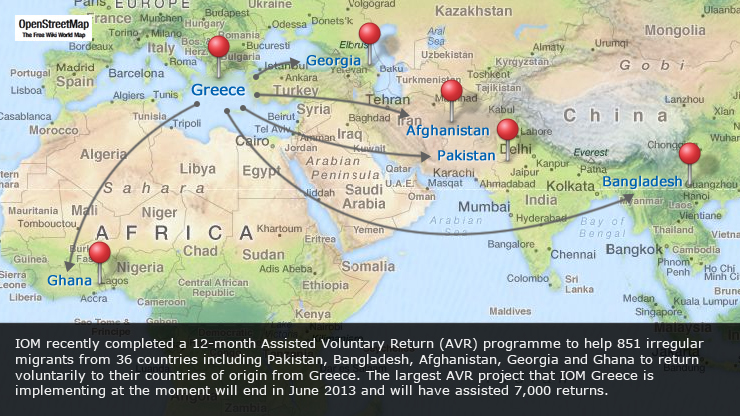 Not even ts he Public Health Infectious Diseae controls have taken place, even though the Greek Center of Disease Control ( HCDCP) had started such programs  testing  the immigrants health at hte detention camps, one year before and earlied , but again the budgets by the government are cut ,despite the schocking findings of Commincative Diseases that reemerge in Greece due to illegal immigration,- according to the figures that the Greek Center of Disease Control has provided in September 2012 to the Greek Parliament -, and among them are malaria, that has become in certain areas endemic, but also the HIV infections, hepatitis B and C, tuberculosis, other sexually transmitted diseases, with syphilis soaring and gonorrhea, and also scary skin diseases such as scabies and pediculosis. The Greece CDC had reported also to the Greek Parliament  the resurgence of polio that had for years disappeared in this country, and multiple cases of infestation.

The disastrous increase on HIV infections that was reported in Septmber 2012 by the Greek CDC, was 55% in Men having Sex with Men, and 24,6% in heterosexual relations in the ages 24-35 years, is emphasizingly related to the 12,9% of total HIV infections in Greece that officially belongs to illicit immigrants. In General, the rates of the communicative diseases' prevelance are scientifically attributed to the increase of male and female prostitution (legal and illegal) and to the huge influx of undocumented illicit immigrants that enter Greece unvaccinated from their countries of origin and remain so . 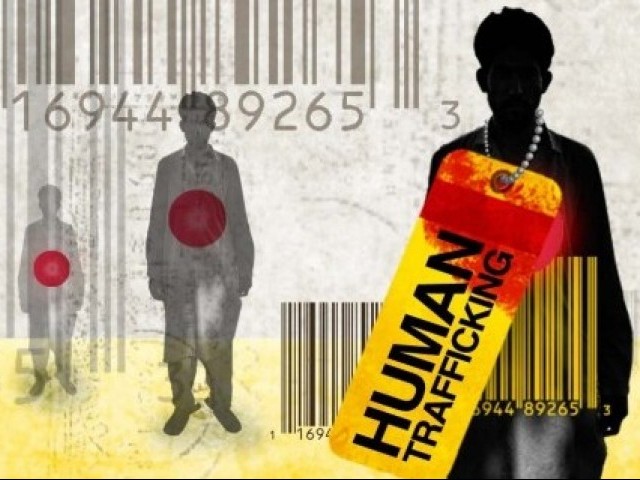 But how many are the illicit immigrants in this Country? Unknown, as today's local media reported.

Unknown also , according to SYRIZA remain for lots of illicit immigrants' cases the Country of Origin as reported by authorities of the political asylum proceedures .

The only official number that the government ever has announced, is that 46000 entered Greece through Evros, - not the Aegean islands-, but only from the Northeast Border of the Country where Greece borders with Turkey and Bulgary, in the first six months of 2012. After that, period no commnets, and no figures are made public by the government, Basilis Kapernaros of the Indepentent Greeks said in a statement, and asked on air, talking on the radio, the Mayor of Amygdaleza to collaborate immediately on legal procedures, as to immediately submit together a complaint to the Prosecutor of the Supreme Court for the " big business on detention centers", made in Greece".