Did Samaras really try to "hug" the President? Semantics or an accident? Is this proper?

.....Entering  the White House on the 15th month of his government 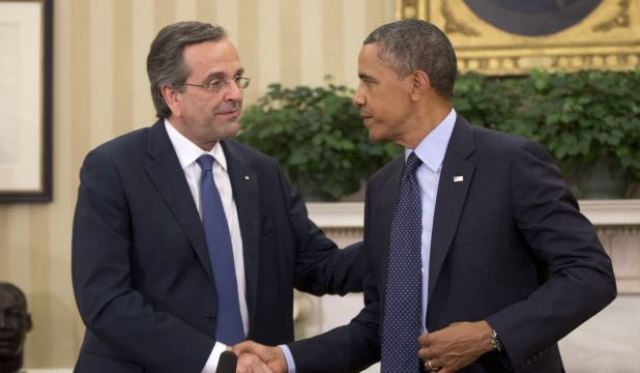 Carrying with, a country that got damaged by it's own wings, as never again in modern history, Greece, Antonis Samaras stepped in the White House on the 15th month of his government feeling grateful for the American -Greek frienship.

Even "beyond" the protocol,

driven by the effusive impulse of Mediterraneans, and overwhelmed by the Oval Office hospitality, Mr Samaras seemed, instictively, to attempt to "hug" the President ,

on these , exactly, very tiny one and a half seconds, when most of the photo- camera flashes lighted up.

Did he really try to "embrace" the US leader? 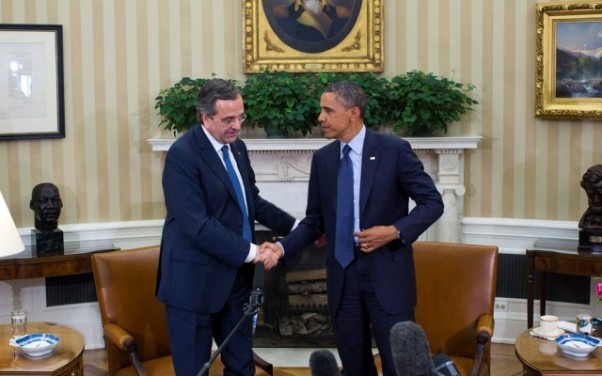 "We cannot simply look to austerity as a strategy."

He also mentioned the "incredible greek talents" and the word "hopeless", and used the terms "feeling of the people" and "a plan", as President Obama is, the world's leader with the maximum empathy.

"So far, the Prime Minister has taken some very bold and difficult actions to initiate the structural reforms that can help reduce the debt burden that Greece experiences, but even more importantly, can unleash the incredible talents of the Greek people so that they are effectively competing in this new world economy". 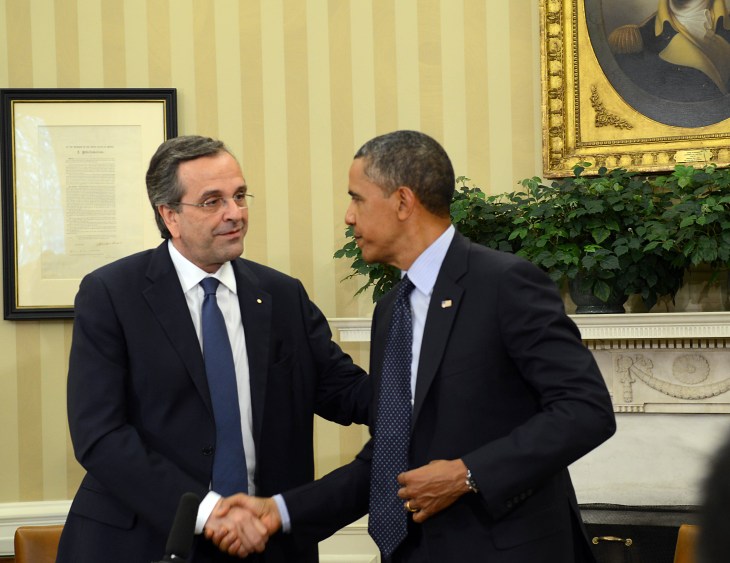 But in Greece people have almost forgotten the word "talent". Most of the talented Greeks, wake up in the morning with not even 1 euro in their pokets. They don't know for the day, if they will be able to pay the light, the water for their homes, and they struggle - under hard depression -to find  ways to pay the unbearable taxes, because now,,,

...the homes , are going to be taken away , as government whispers. This will happen to all greek families,  even  for 1000 euros, and even if they have payed for that home for more than 100.000 Euros, or double,or triple, them and their whole families for their entire lives.

The main topic of local tvs and the greek press, during August is government's decision to pass the Lifting of the Ban for Auctions of the First  Residence Law on September.

The announcement freezed ( like, forever) the smile on the Greeks' face , since the "home" in this  country is the "center",  "i estia" of the being of the greek life and the greek family  since our ancient glorious ancestors

What more  of  a hopelessness?