To be in Greece this year means to be protected .

Anyone has to keep the Personal Hygiene Rules 24/7 and be informed, since the country is struggling under devastating financial cuts, .To be able to enjoy the “raw nature” experience on this land , one has to be covered, health –and-safety-wise the way the world travelers really do today.

Since the central spot of tourists’ arrivals in Greece and transporting them to the islands still is Athens mainly, that is, Attiki Region, the Greek CDC informs all travelers and  visitors that Attiki Region requires constant  mosquito protection   from the moment one the traveler arrives and as long as he stays. Most of the visitors choose to stay in Athens for a couple of days as a short "cultural transit" before they fly through Venizelos airport or board on Piraeus harbor for the islands. 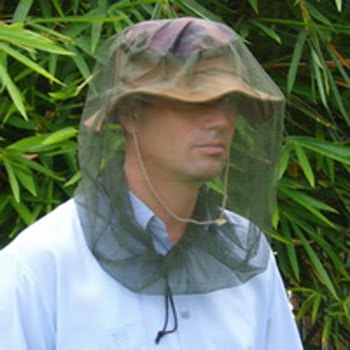 Two new cases of infection with West Nile virus were recorded Friday 19 of July by the Greek Center for Disease Control and Prevention , one in Thessaloniki and one in Athens, bringing the total number of cases to three. Last Tuesday the organization confirmed the first case in Attiki Region, at the area of Artemida.

The second case announced by the Greek CDC Friday 19, is an elderly man also, as the first case , but from Northern Greece this time, and is a Thessaliniki resident

The third case is a young woman, resident of East Attiki with underlying diseases, who required hospitalization, after which her condition improved , and successfully returned home.

The Greek CDC has intensified Awareness and Control Measures to Inform the Public for Personal Protection Guidelines against the mosquito bites, Recommendations that have to be kept unfailingly by residents and visitors in Greece, as the Greek CDC stresses, 24/7 while being outdoors and also indoors, since the swarms of mosquito populations are scientifiacally accessed to be infected, and that came as result of the cut of the required spraying programs by the government for national recession reasons.

The Greek CDC reminds to people of all ages that the West Nile virus is carried by birds and is transmitted to humans and animals through the bite of the common mosquitoes, that unfortunately , fly around in Greece during the summer season.

 T he bites are common, unless one is protected thoroughly over any uncovered skin during day and night,

o No vaccine or treatment for the West Nile infection are available to World Medicine , and some cases could require Intensive units.

 Nevertheless , more severe manifestations of the disease usually occur in elderly people with underlying diseases, which is the target of the population that has to be unfailingly protected against all mosquito bites 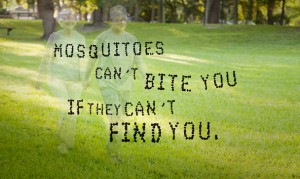 The everyday-in -summer Personal Protective Measures which Greeks and foreigners, visitors, travelers and immigrants must follow until the fall months, when the West Nile and malaria epidemics fade out, include

• using insect repellent substances in exposed skin and on top of the clothes, especially during outdoor activities in the afternoon or evening.

 Since the mosquito swarms are extensively infected , though, on the areas of mainland and island Greece, skin and clothing protection is wiser to be kept constantly 24/7.

•  using implementation sieves on the windows , putting nets for the sleep time on beds.

**Attention: Accommodation on the Greek islands includes often “rooms-to-let” , traditional local houses that keep running the authentic hospitality tourism business sincre years. It is very possible that the home owners, the hosts, would not be adequately informed or equipped.

***Ask your travel agent for that detail, or the hospitality desk in your hotel, or the owner of the room-to-let business, wherever you are found. If not possible to be provided to you by them, ask and try to find cheap, portable sieves for the windows. Use anti-repellent in the room and body antirepellent on you, on your beloved ones, and y our pets

 Greek CDC reminds to Greek and foreign holidaymakers that mosquitoes don’t like sea water . The dangers on the areas of a beach or at the pool areas are around any standing waters.

The Greek CDC in cooperation with the Ministry of Health has informed health professionals for the diagnosis of infection of West Nile virus and keeps closely monitoring the progression of the disease in Greece and neighboring countries , and keeps also close surveillance eye on blood donations,.