Health Minister A. Loverdos denounced the repeal of the Health Provision Order that was established on puporse to  protect the country from the Infectious Diseases explosion phenomenon which appeared during the last years in Greece and has arised due to the illicit immigration boom in the country, on the same period that risky and devastating austerity measures paralised Health System on this very "Life-Cross-(Non)-Borders-Area" of the world. 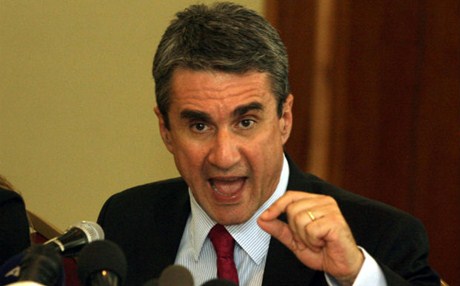 The Health Order was adopted by A. Loverdos a year ago as an Enforced Emergency Actived Action Response Plan to the rapidly emerging risks of Infectious Diseases' boom in Greece, that even lead to the reappearance of endemic Malaria  -as nowhere in Western World-, due to the clashes of illicit immigrants populations who undiagnosted,untested and with no Health Certificates continue to mob and work in plenty of Greek cities and areas .

The Health Provision Order imposed Statutory Audit and Medical Treatment for any case of illnesses following below:

According to the Health Provision Order "those who carry any of the above diseases would be prohibited to enter the country. In any case that suspended or diagonosted incidents of these illnesses would be   found which allready would have enterd illegally in Greece, the patients should  urgently be placed under quarantine restriction mesasures for the protection of Public Health Safety and the Global Health Village.

Hospitals and health centers throughout the country were consequencly required to establish isolation rooms under the standards of international hospitalization. 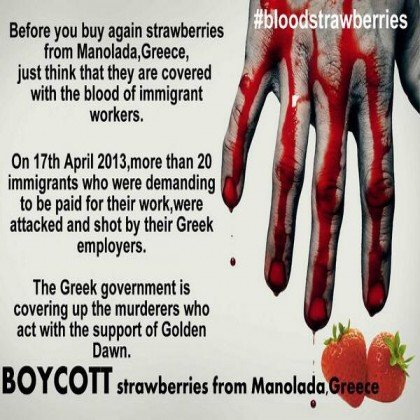 Among others, the Health Order was imposing the first in the world “Public Heatlh Protection penalties” to the employers and kotsambasis.

To meet the needs of Rapid Case Reporting  which is cosidered the most important step for the elimination and eradication of malaria, the Hellenic Center for Disease Control had suggested to the Greek Government and the Ministry of Health the financial penalties to be imposed to employers.They would start from the amount of 10000 Euros and could reach the 100.000 Euros by last years estimations.

But nothing finally went to the cashier of the Poor and Risky Bureucratic System of the Greek State.

There is no penalty required at the moment for employers working with undocumented immigrants, which are some hundreds thousands in the country.

The Public Health Kotsampasis Penalty was designed to be irrelevant with any employers’ responsibility for the immigrant workers’ non-documentation. Due to the urgent need to protect Public Health and international travelling the strict financial penalties were forwarded to be  imposed for the absence of the least and one, the Health Certificate document, that any legal or illicit immigrant should provide to work  in Greece, especially if the origin country were SubSaharan, concerning the malaria transmission risks.

Greek Police, Municipality Police,the Health Rambos of the Ministry of Health and the Greek Financial Crime Prosecution the Health Orded be oblidged to assist the research of the Public Health officials for the Health Certificate, primary on the areas where malaria cases have occurred, Lakonoia in Peloponese Halkida in Euvoia, Marathonas in Attica, Avlida, Boiotia and Larissa .

But that were concernig governmental decision taken more than one and a half years before .

No offiicial commnets are bublished today by the goevrnment on that issues.

Andreas Loverdos in his statement accused the Deputy Health Minister Efi Skopouyli that she "abolished in the most explicit manner the health provision" that was issued by him in 2012 for the prevention of further spread of the infectious diseases.